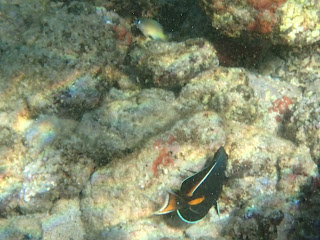 The white cheeked tang and the Brighteye Chromis. 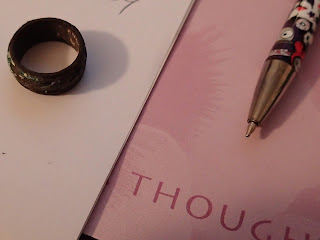 This is last week's ring find: it was brass and in very poor shape. Sweetheart helped me get some gunk off of it, but there would be no wearing it without a lot of work. And well, it just wasn't in me! Photographed at home alongside one of my many Hello Kitty pens! 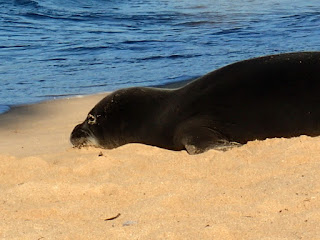 I think if you click on the Monk Seal photo, you can see it is looking at me...hoping I would leave it alone. Which of course, I did! 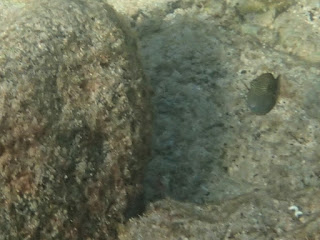 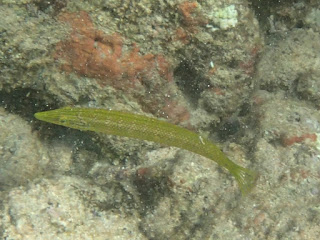 And some kind of yellow wrasse...when I took the photo, I thought it was a yellow phase Trumpet, but upon closer examination once I downloaded the photos, not so much! 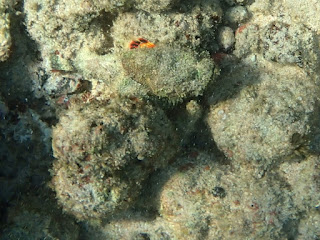 Scorpion Fish! They are really good at hiding, except when they show the yellow and orange under their side fins. 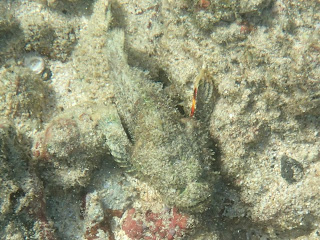 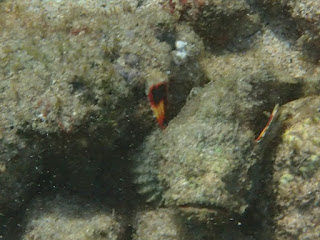 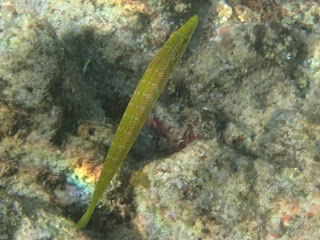 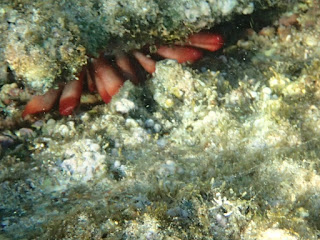 I call the Pencil Urchins above "Claustrophobic." I sure would be, all mashed in between two rocks like this. But it does seem to be good protection against predators. 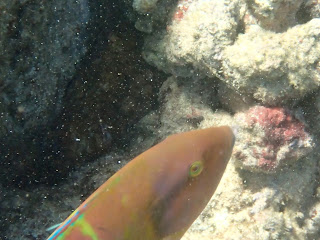 The Christmas Wrasse almost hides the octopus under that rock...above and to the left of the fish. One of two octopuses! 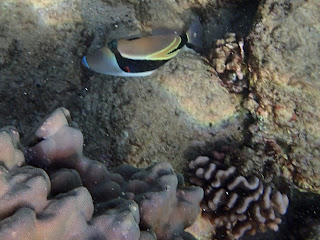 Humu. And yes, I can spell the Hawaiian name...I can say it too. Just too lazy to do so at the moment! 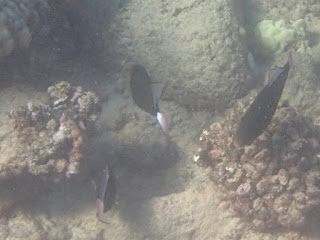 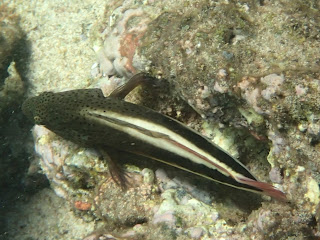 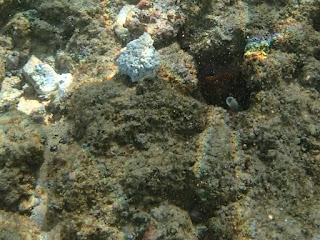 For once, the siphon of octopus #2 was the first thing I saw. 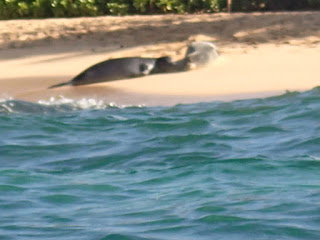 Two seals on the beach, probably talking with one another. Last night apparently, they were frolicking in the ocean and having a grand old time. 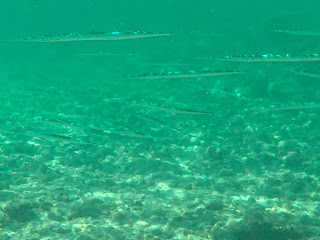 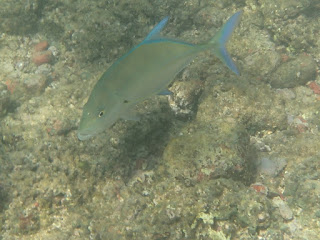 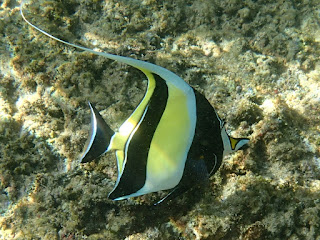 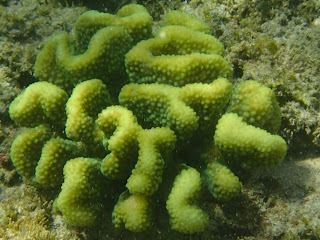 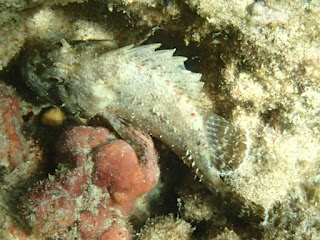 Spotfin Scorpion Fish. Nice day in the water. However, got out because two seals were swimming around and I didn't want to appear like someone who didn't respect them!