If you have been reading my posts for almost any length of time, you know that I not only love octopuses, but also Ambon Puffer fish. Their spots and colors and the designs are just wonderful.
Here's proof: 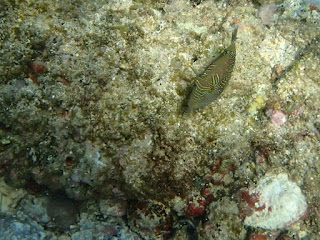 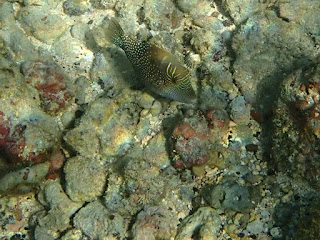 Pretty, right? I love it when the light hits 'em.
Three octopuses today, and two of the three were ones I had seen before. (No, I didn't recognize them because of their identifying marks, but more because they were where I'd seen them before. And general size is the same...)
This is the small one, out near where the waves bash you around. The octopus doesn't seem fazed by this... 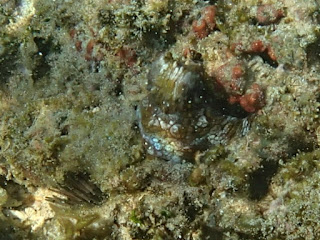 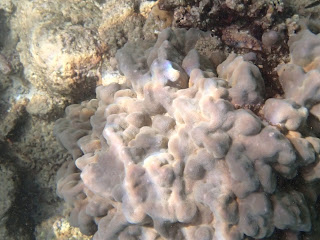 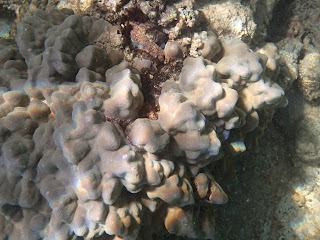 Sadly, my fave camera was having a bit of trouble today, so it didn't want to zoom in and out. I wish Olympus still made the same kind!

Below is a very cool shell, called a Marlinspike. It not only had the animal inside, but I could tell it did because it was moving slowly along, trying to dig under the red rock on the left. SO COOL! 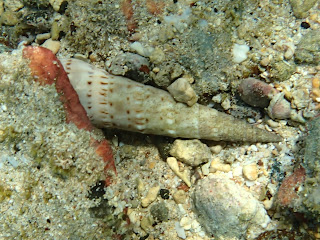 Two seals snoozing...roped off for protection. All the people were behaving. YAY. 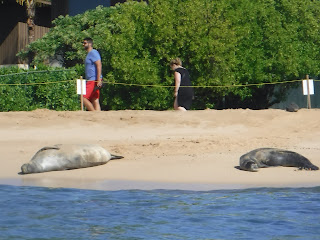 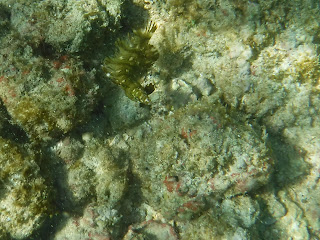 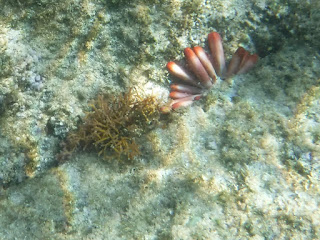 And to my surprise, my old pal from Oahu took the Humu photo that was featured on the postcard I sent to BJ today! He's famous! 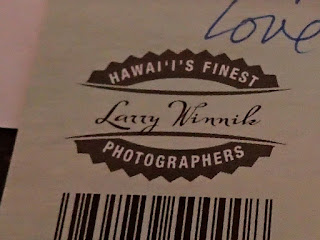 A good swim. And now I gotta go figure out where I put that receipt for my #2 camera.  Paperwork, bah!
Posted by octopigirl7 at 5:11 PM