Didja see any fish out there?

Yes, this very nice woman asked me this as I headed to the showers this morning. I said: You realize that's a silly question, right?!
I told her I saw Scorpion fish, 3 octopuses, a leaf fish and a whole pile of goatfish. She said, oh, ok then! Of course, she didn't know that I spent 3 hours in the water.....which would never have happened had there been no fish! I tell ya...perhaps it was jet lag.
Anyway, 3 octopuses! 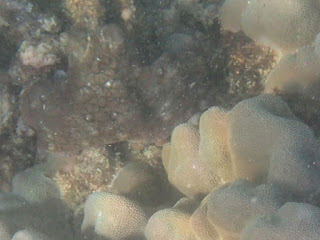 Tako 1 on top of its coral head. 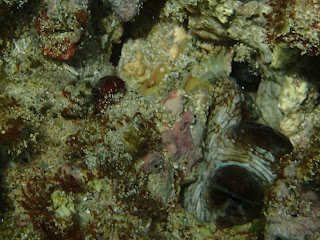 This is actually octopus #2 twice....the 3rd octopus was well hidden inside a hole, so the pix weren't good. Yeah, go figure. 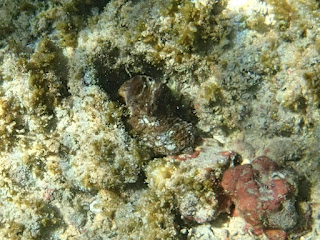 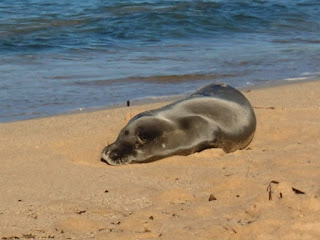 Needlefish. I will continue until I get a really good one! 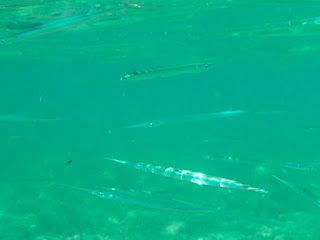 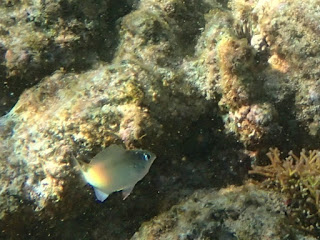 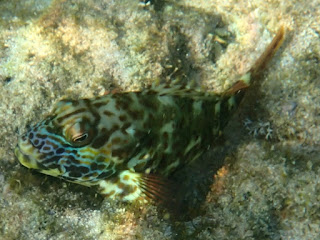 These surgeon fish kept circling below me...Surely they didn't think I was a protective raft of sea junk.... 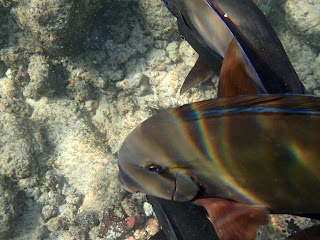 You can see the neat patterns of its fins.. 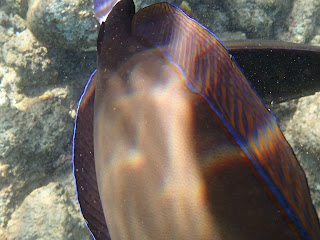 7 Moorish Idols.  Oddly, they were going all the same way.  Quite rare. 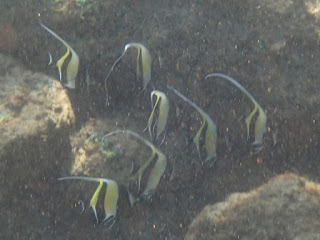 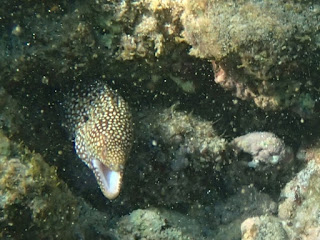 Leaf Fish...near the rocks on the deeper side. 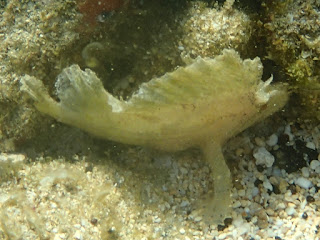 They lean on their "feet" but they look really different from the hawkfish that does the same thing. 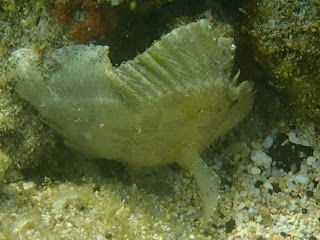 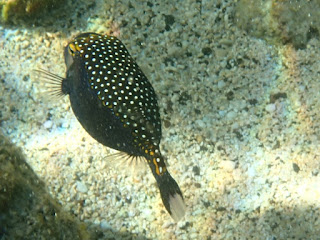 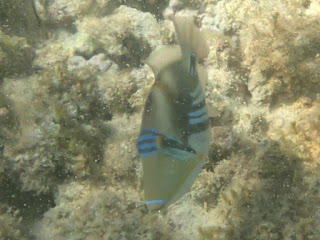 Can you find the Box Crab? Yeah, I would have missed it too, had it not moved. It is one bump to the left of the big rock on the right. They sure have good camouflage. 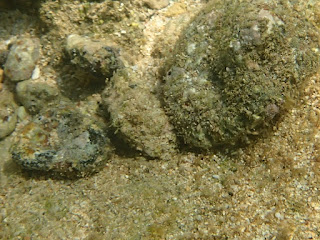 This was the prize of the day: a Turban shell I found with not only the protective operculum....but the real animal inside, too! You can see the little white things (I guess they hold the operculum on) and the animal underneath. Look for the brown and white. Very cool! and no, I didn't take it home...I have scruples. 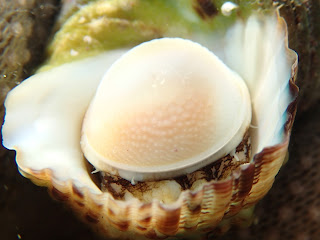 Another one I didn't take home: a nice small Cowry shell. 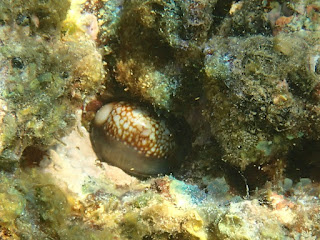 A type of scorpion fish....Spotfin. 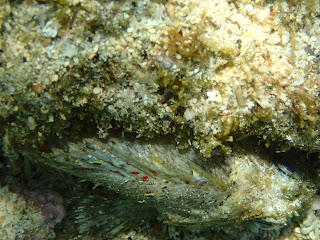 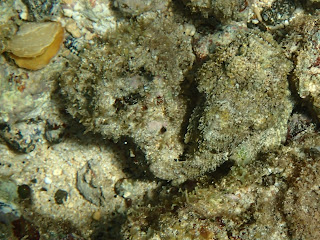 See the orange, two part shell? I was about to pick it up and on the way down, the Scorpion Fish darted out. I was lucky.  The amazing thing was that I had just asked God if there were any Scorpion Fish nearby...guess there were! 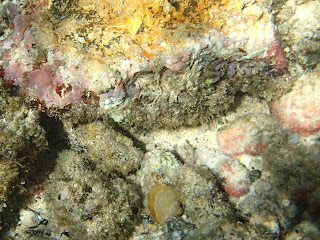 He is facing the orange shell; tail resting up on the pink rock on the left. Good camouflage, non? (It is a small one...maybe 5 inches long, including the tail.) 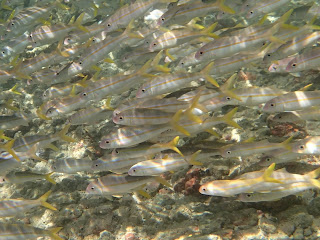 There were a scadzillion goat fish milling around. not sure why. hard to get them to talk. 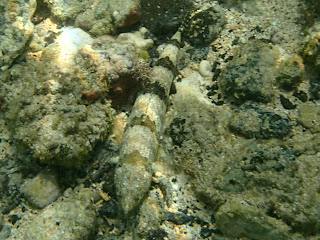 A Lizard Fish for my sweetheart.  I like 'em too.

Nice day in the water. Even if there were crazy questions. It was a nice lady, though. I asked her swimming skills: she said not great! So I advised her to stay in the Kiddie Pond. She seemed ok with that.