because when people do, they say stupid stuff!
Like the poor, unenlightened girl who, at the showers today at Poipu, informed everyone that it's ok to touch turtles because it doesn't bother them! I asked: How do you know? Are you a turtle? She also said there may be a law about not touching seals, but no one can enforce it! I said, I'll get someone to arrest you! I asked her if it would be ok with her if, while lounging in her living room, someone came up and touched her....The nerve! God gave her a brain. She should use it. So mad. So I will now say not much more and just show you the parade of cool animals today: 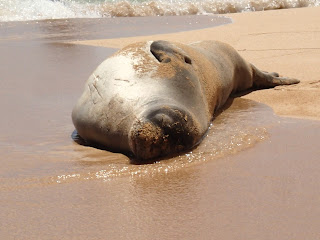 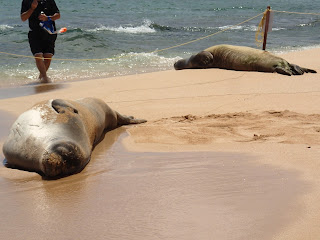 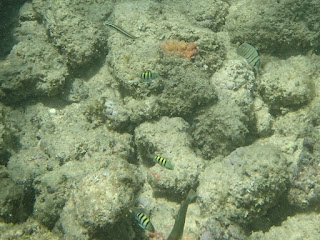 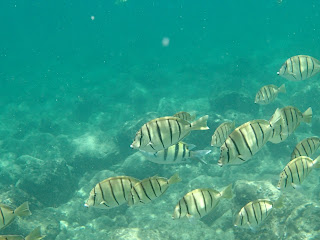 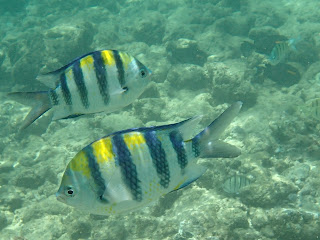 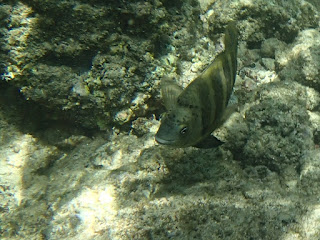 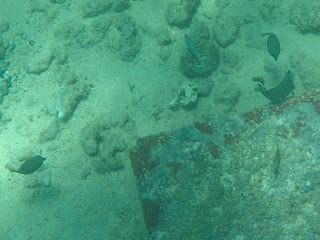 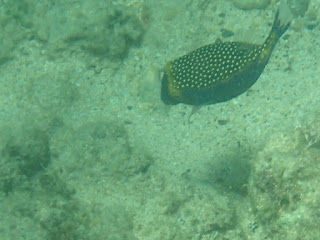 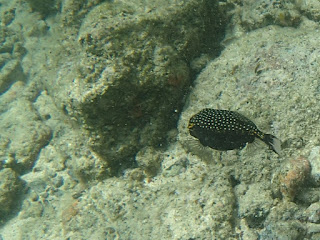 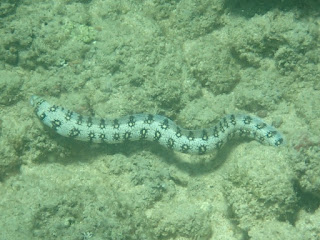 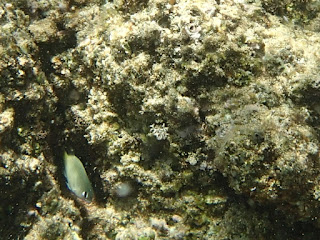 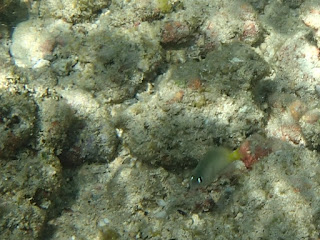 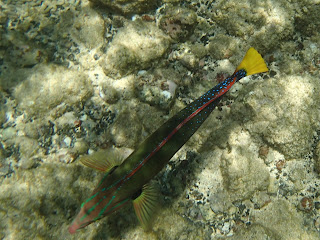 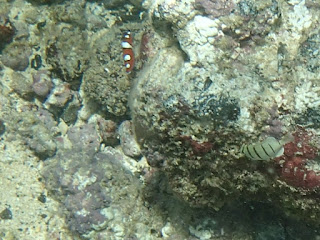 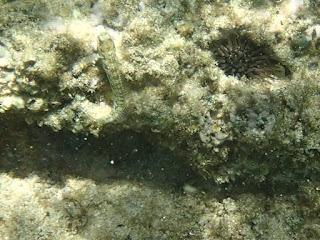 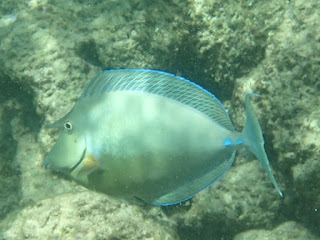 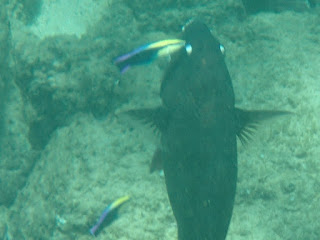 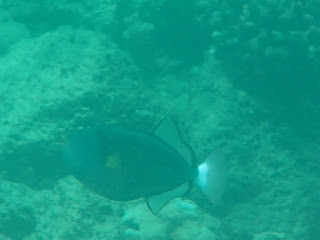 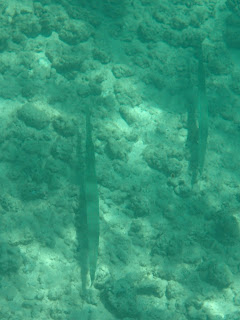 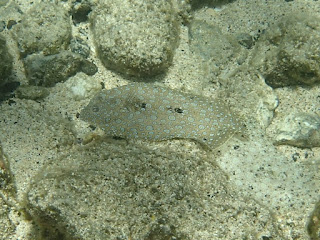 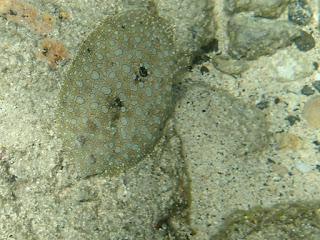 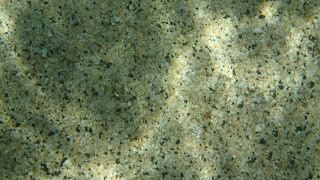 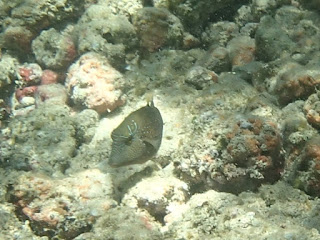 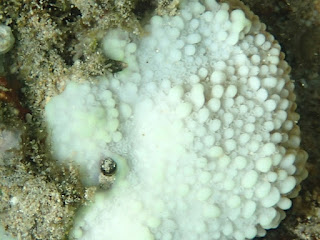 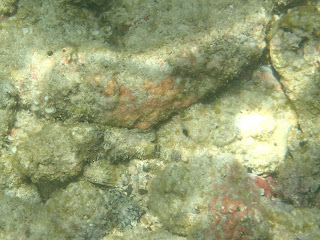 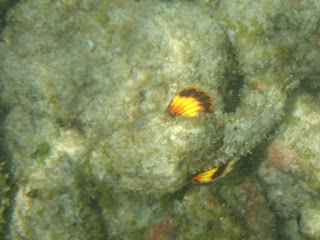 ok would you have seen the scorp above this photo? without its yellow and orange fins? It's leaning near the red rock in the photo above..
That's it for the weekend. Be kind to God's creations. He didn't make them for our amusement. He made them for us to appreciate!