Swimming at PK, noticed these Raccoon Butterfly fish...swimming just below me, as if I had food for them. NOT! 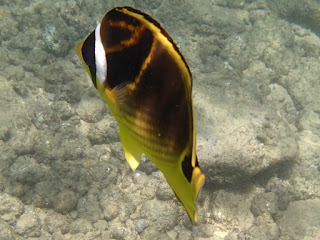 It is an unusual behavior, so I wondered if others were feeding them. 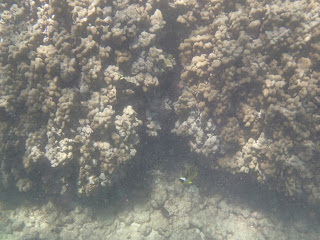 You can see another, hiding underneath the big mounds of coral.
There were also seals at this beach..very unusual. 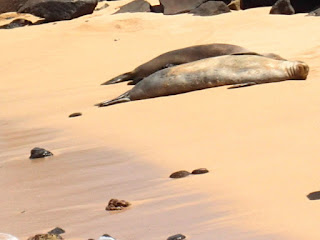 Just totally snoozing in the warm Kauai sun. I had to cut out the legs of the people standing...behind the lines. Yay...behaving is good.
There were also both small and adult Rock Mover Wrasses: 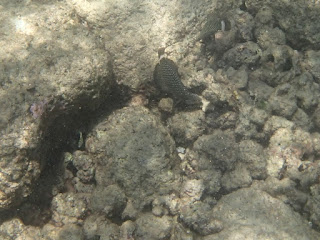 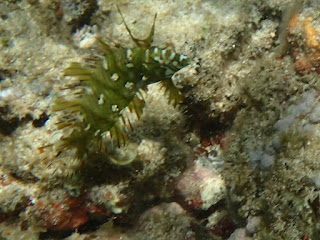 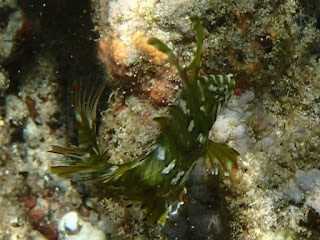 I do love these fish. Although they have been letting me down recently in that they haven't led me to any octopuses, the coloration and "antlers" and face are just so cool!


I think these might be eggs of some nudibranch, left stuck to a rock: 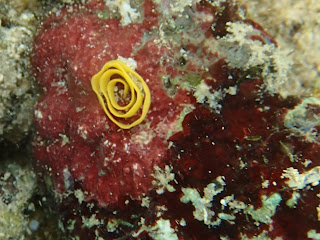 If the animal meant to hide them, though, should have chosen a different rock!
I always look when a Bluefin Trevally swims by, since sometimes they also lead me to an octopus, hiding. But in this case, it was just an eel: 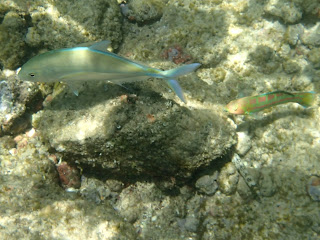 And the light just caught the face of this nice Ambon Puffer.  Another of my fave fish: 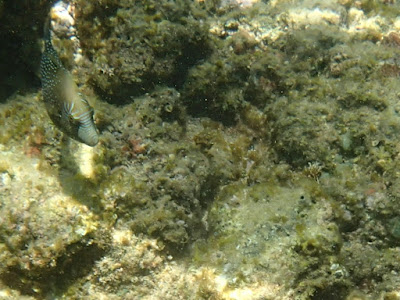 Three cowry shells were hiding in a hole: 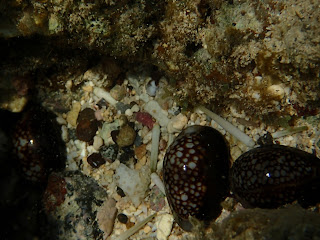 Lots of urchin spines in there too.  I guess they gotta go somewhere when they are broken off the animal.
Another hermit crab: 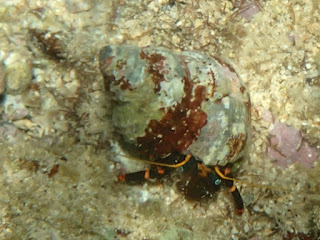 A hiding Humu...you can just see its tail and latter half of the body. Not sure what scared this one. Maybe it just needed a nap. 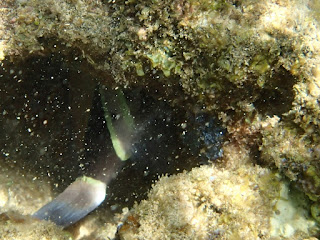 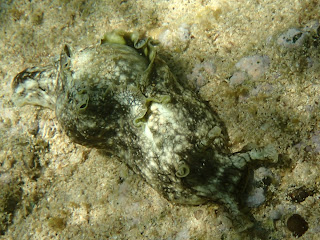 And Christmas Wrasse.  These fish dart about so quickly, that it's a lot of work to catch the entire fish in one frame. 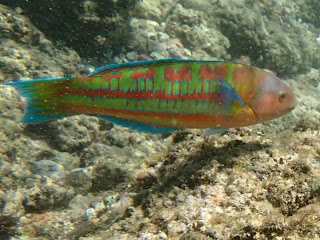 So after PK kicked my tail with its rip current, I drove over to Poipu and was treated to another two seals: 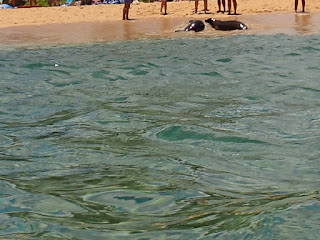 In the case above, the people hadn't figured out to give the seals space yet...even though the lifeguard told them the seals were wild animals and could be dangerous...they did eventually catch on, though. Thank you God! 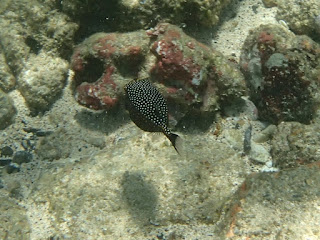 Trunk Fish. I am noting recently that I like the photo more if I'm able to also catch the shadow...

This seal apparently had an itch 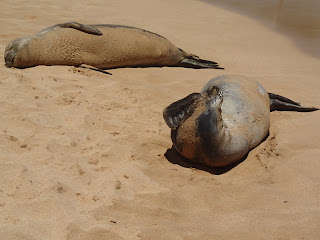 There is often some sneezing, too. Adorable! (from a distance.)
And prior to all this, a sunrise 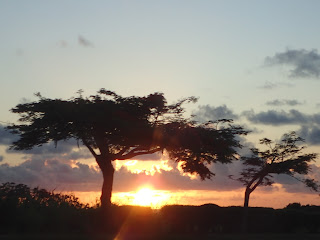 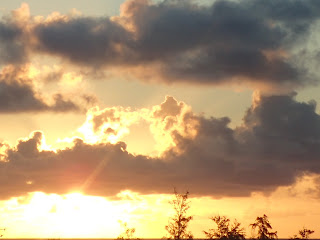 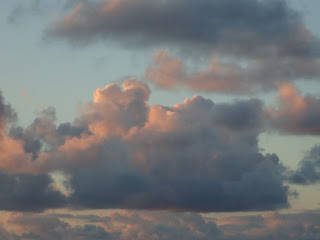 Last night, a full moon.  And this is what we saw Sunday morning. 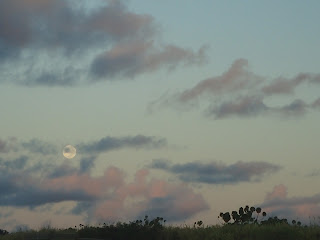 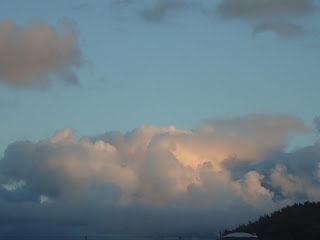 And pink Plumeria at my friend's house: 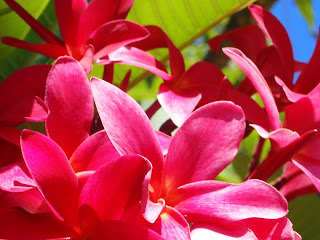 And from our walk: 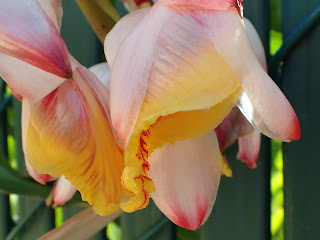 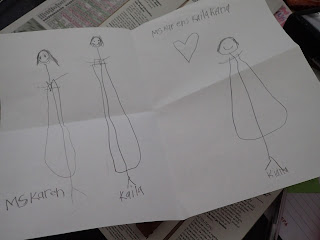 I had given some Children's Bibles to two little girls at church...they drew me a thank you card. I smiled, telling them I was glad they drew me so tall! They also gave me snacks, which also made me smile...and a thank you card from Mom. Awww.  GOD IS GOOD!
Even if there are no octopuses.....maybe next time. Have a great week.
Jesus is real.
Posted by octopigirl7 at 7:51 AM