So another day with King tides and a big rip running across the entry area. I saw a little girl in her mother's arms.  And then the grandpa with his granddaughter stepping in.  I said: Make sure you keep good hold on her! There's a big current! He laughed and said: Yeah, that's what they said. I said Don't Laugh! It's serious! I guess folks sometimes don't get it. I wouldn't want any of my family, friends or even strangers for that matter swept out.
So, on to the fun stuff:
1 Seal...V39 is its name. I'm told they don't give 'em people names, because that makes one become more attached to them. Boy or girl, it had a nice snooze. My pal, who hangs at the beach quite a bit, told me that since there are so many seals, that could be the reason I don't see as many octopus.  Of course, he also eats octopus! So, yeah, kinda surprising he could be my friend, right? 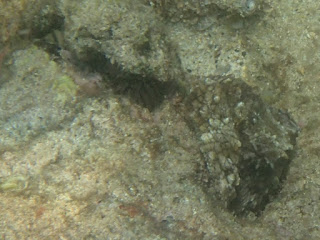 This little cutie just stayed in its den....and when I looked again about 10  minutes later, couldn't see it for the life of me.  They are GOOD at hiding.

And speaking of that: 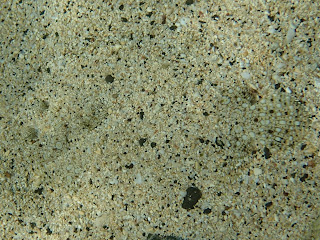 See the flounder? I wouldn't have, but it moved. Good camou, right? Look for the tail about mid-center, right of the photo. Eyes on the left. Talking about disappearing....it does dig into the sand, so that helps with the hiding part.
This Spanish Dancer wasn't at all concerned with hiding. It did have a problem being blown about in the current: 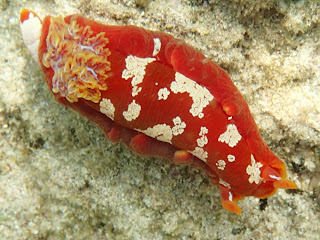 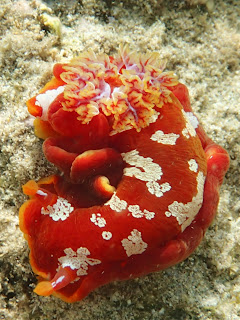 They are nudibranchs..."naked lung".  Which is the part at the top of the photo. The antenna at the bottom.  C'mon! Who could create such a cool photo except God?!
Brighteye Chromis duo. 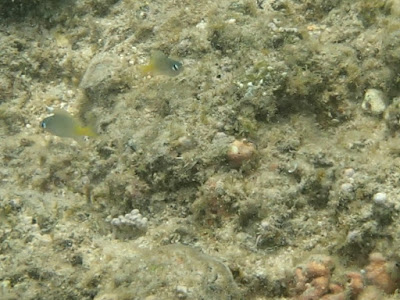 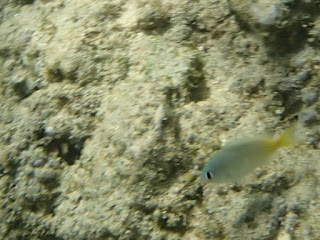 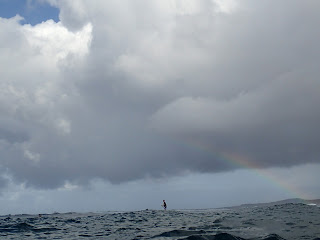 Rainbow and paddle boarder.  It still seems really strange to see somebody standing up out there.  I'll bet people thought it strange when Jesus did it too. Of course, he didn't have the board...
Minnows: 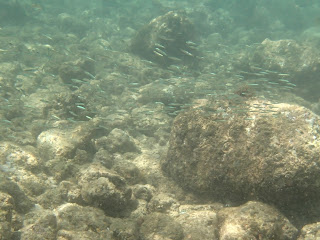 Not sure what kind of fish they were, but they were plentiful! 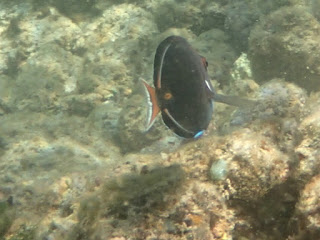 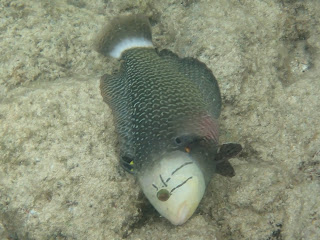 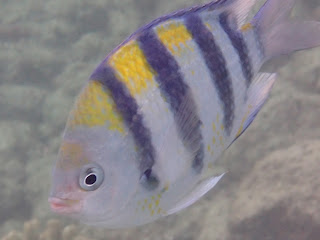 For some reason, a group of these Indo Pacific Damsels and Ringtailed Surgeon fish came up close to me. 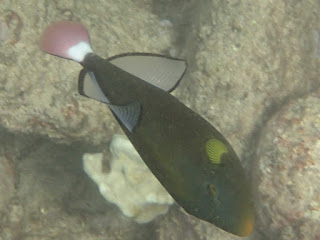 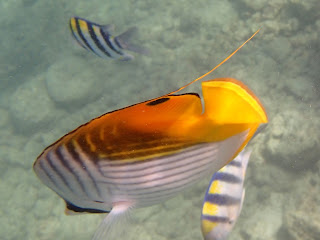 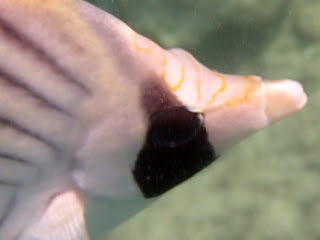 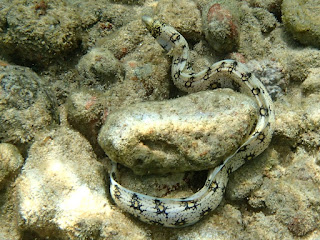 Electric Blue Crab in a shell.... 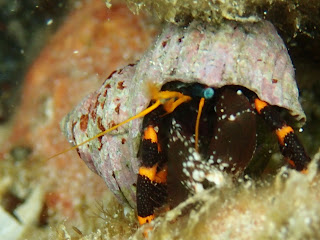 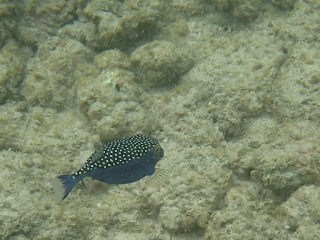 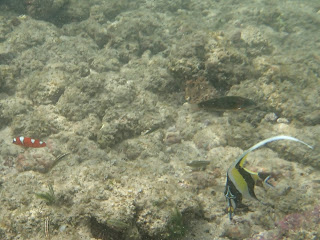 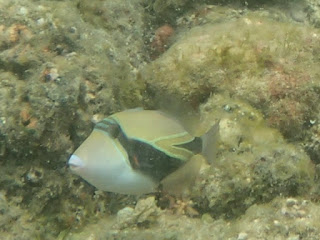 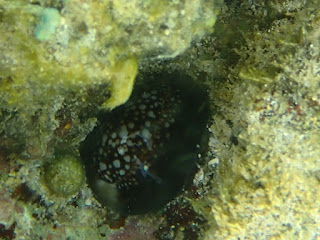 And when I got home, this nice rose awaited and I actually was able to get to my camera! Winner! 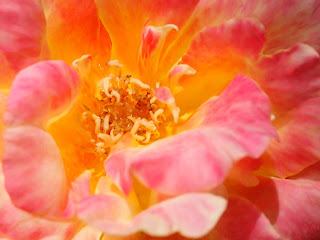 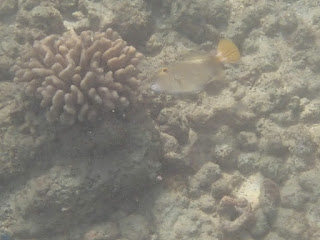 These guys take chunks out of the coral...but they do look cool while doing it, all sideways....May you have a blessed Sunday! I did.
Posted by octopigirl7 at 5:01 PM