A friend met me at the beach!

A friend met me at Poipu today and I was able to show her both of the octopuses which had graced me with their presence. Winner! 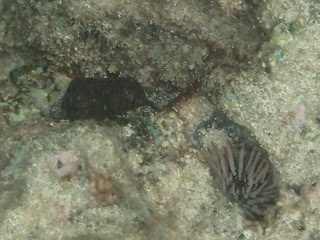 Here's the little one that mostly hid...peeking at me. So you see just the eyes. 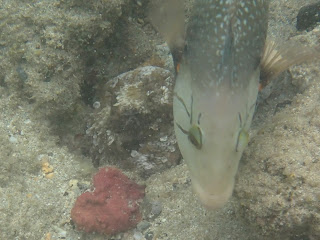 See? I told you that Rock Mover Wrasses are often found in conjunction with octopuses.  This one hardly seems to know the octopus is there, in its hole.... 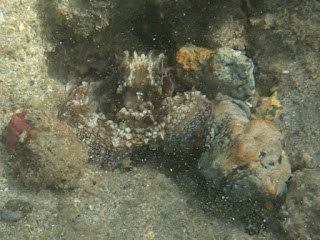 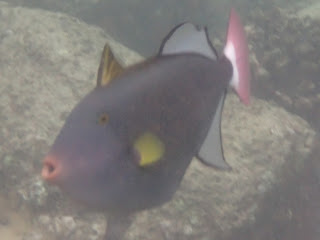 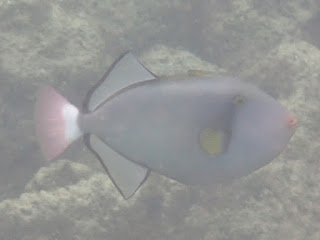 Pinktail Durgon...same fish, slightly different colors. I associate the grayish with being younger.  Seems as if they don't get their real black skin until they are older. I could be totally making that up! 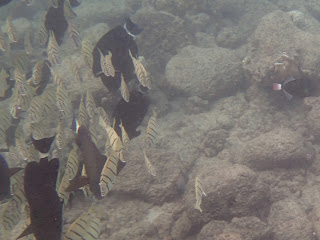 There was a group of ringtail surgeon fish and convict tangs.  I have often seen them hang out together in a pack..The Pinktail was just leaving (to the right.)
Quite surprised to spot a Fantail Filefish! I don't know that I've ever seen these in Poipu: 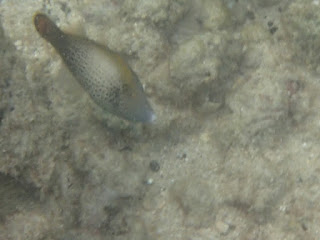 Quite a pretty fish. This photo doesn't do it justice, but you can see the small mouth.  The tail, when fanned out, is a really nice orange color.

Sometimes when I pop up, I get palms and clouds: 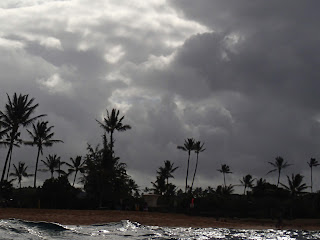 It was quite cloudy today, but I'm not complaining! Just glad Fernanda didn't land on us! Thank you, God!
Peacock Grouper just darting under a rock: 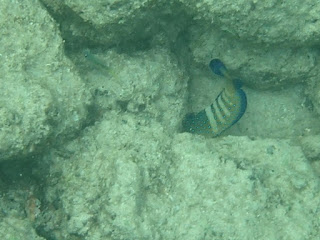 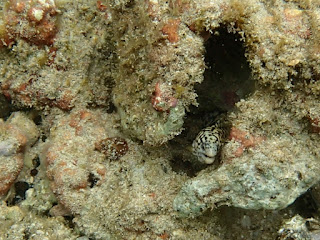 Zebra Moray and a blue Chromis: 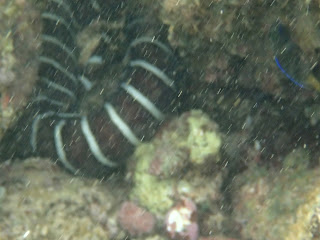 Here is the eel my pal Tanya found: 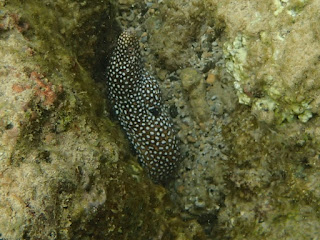 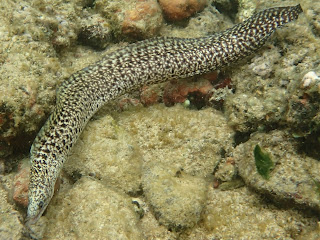 The one above swam past me...note the different skin pattern...
A small Scorpion Fish, hiding under a rock. And man! At first I thought it was a rock... 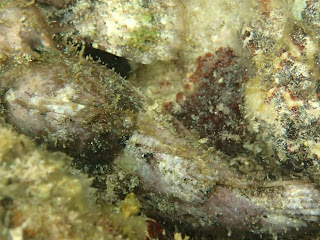 Tail, sort of whitish to the right. It was hard to get real close...and you wouldn't have wanted to either! I find them fascinating, but not pretty.
A shell with the Electric Blue hermit crab hanging...literally. 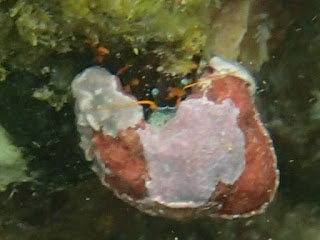 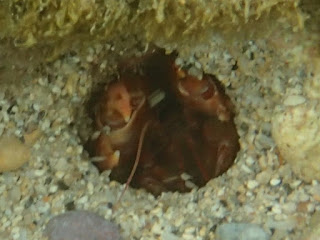 They dig an incredibly round hole! Boggles my mind.. 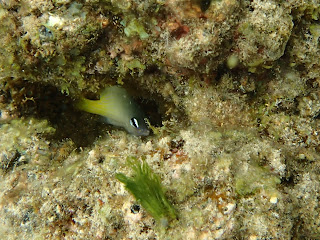 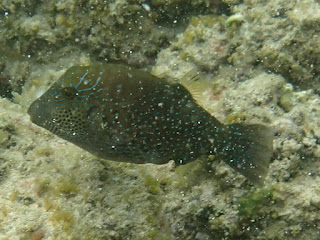 Ambon Puffer...the white stuff was in the water...the blue stuff are dots on its skin. 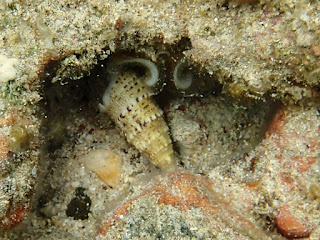 Horn Shell. And it is still sitting there, I'd think.  I don't pick up ones that seem to be still in use by the animal or a crab...I'm betting on the former, as a crab would have been moving it around.
Since I do work at the National Tropical Botanical Garden here on Kauai (if you visit, the Visitor's Center is across the road from Spouting Horn on the south shore! Don't believe your phone that sends you to Kalaheo), I often like to include local flower pix: 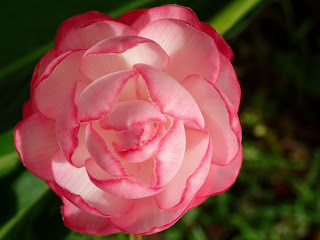 Above and below, a rose that the neighbors grew: 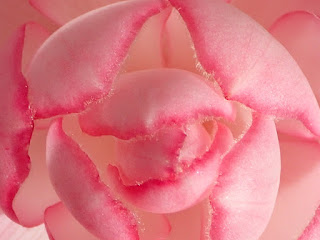 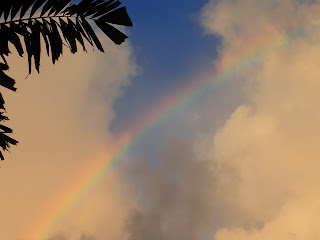 Closeup of a pink Plumeria 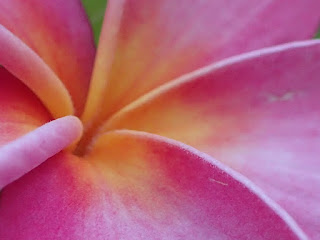 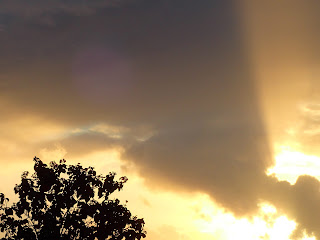 A white flower that def has a name, but I am not knowing... 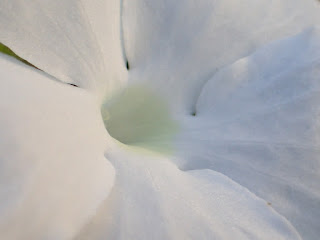 As do these pink pretties: 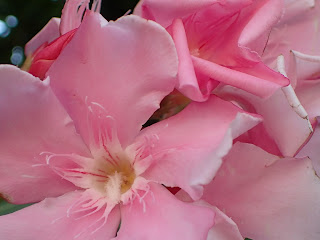 This is definitely a Breadfruit. Feed the world! 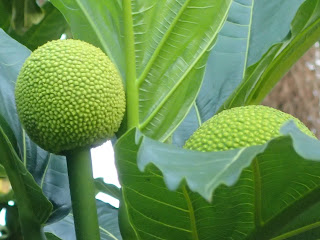 More of God's rays showing through the clouds: 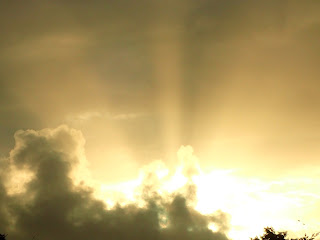 Caught this when hubby and I took our morning stroll.  Totally worth it! Ripping current today, but a good swim.