Four octopuses and a frog fish

Always happy to report on octopuses, and today I could get to the frogfish again, so even happier with that result. 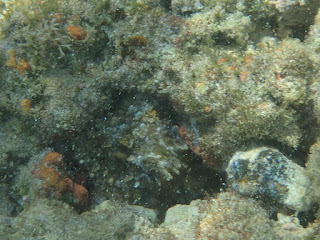 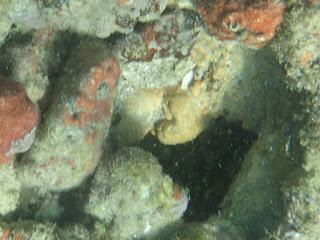 I will admit I had to look really carefully into this den...the octopus was in there, but hard to tell. The one following was a small one: note the siphon. 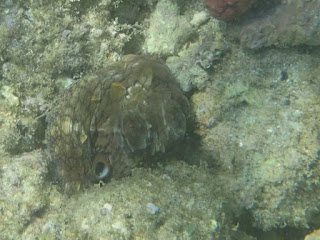 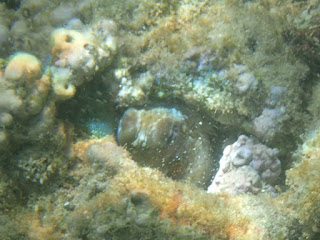 This small octopus had to hide from those snorkelers who were walking on the bottom.

This octopus is so small that it doesn't know to be afraid of me yet. 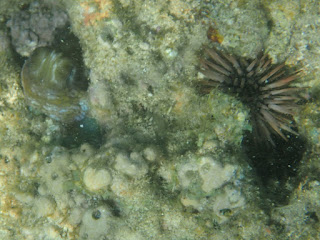 Hope it never learns that lesson.
And the frog fish! 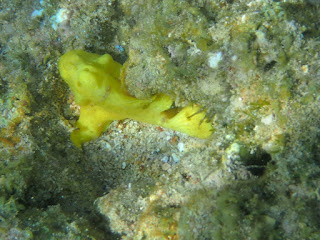 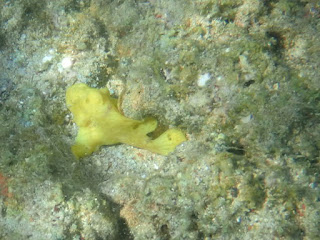 People ask how I spot it.....it's because of the lemon yellow color against all the gray of the bottom. 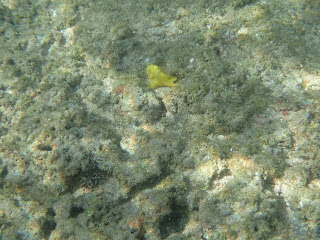 I wish there were a good way to measure it, so I can tell if it's growing. I think it would probably object if I put down a ruler.....

And the other cool characters of today's swim: 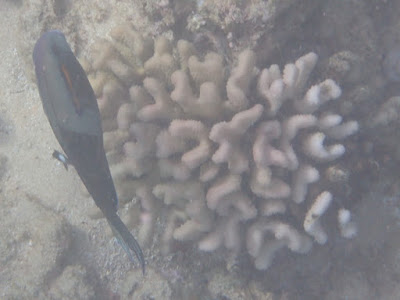 This isn't a fab photo, but it does show how small the 3 spot chromis (black and white fish) is when compared to the orange shoulder surgeon. The chromis hangs out near its coral head, protecting it, I guess. 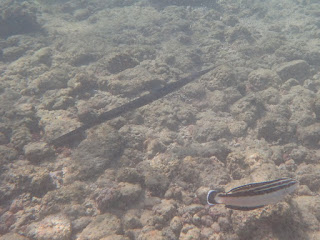 A black lined wrasse and a cornet. 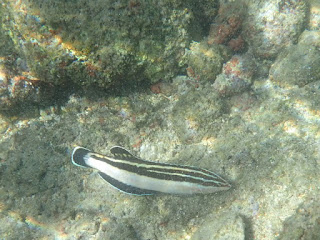 The Black Lined Wrasse again. The eye hides on the line. 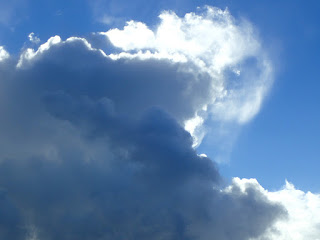 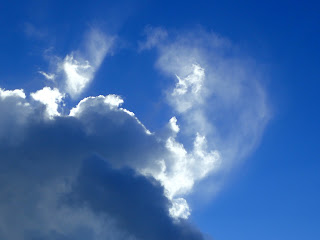 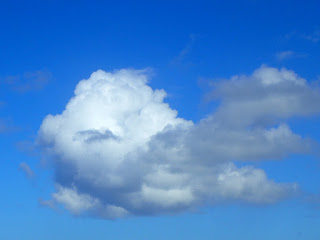 And these might be nudibranch eggs. They adhere to the rocks and move in the current. 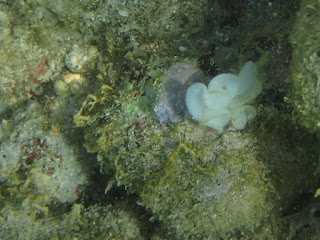 Hard to see, but this is a juvenile Rock Mover Wrasse. It was quite shy and didn't come very far out from the rocks. 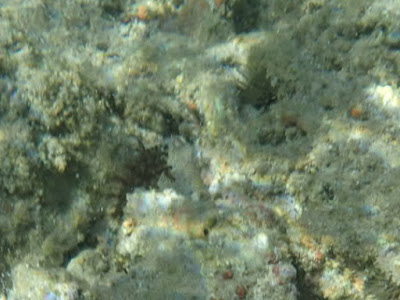 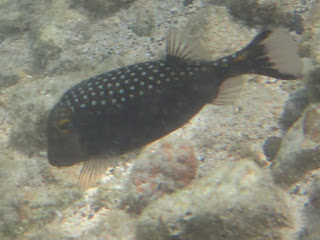 Needle fish and an odd round disk. I thought at first it might be sun reflecting on my lens, but it seems to have layers. Just another mystery among many. 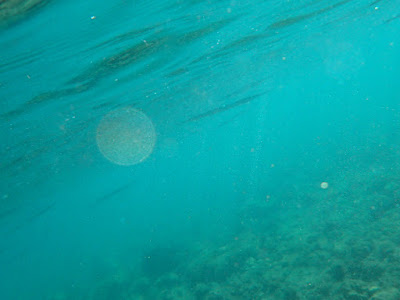 And this is another attempt to capture the mystery fish. It has lovely blue along the top, dark body and yellow tail. It is the same shape as the Brighteye Chromis, but different coloration. 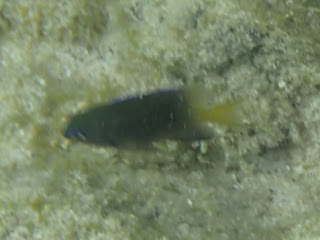 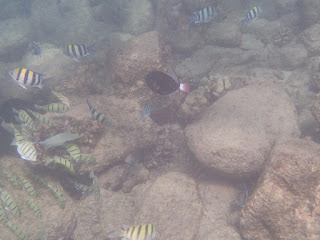 And the completed French Puzzle! We had fun putting it together. We're trying to decide if we should seal and keep it completed. 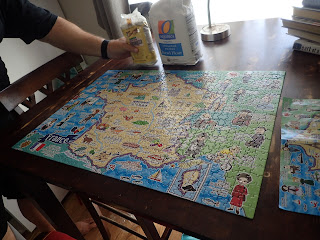 Mystery shell. It was looking quite at peace in its little hole, so I didn't pick it up to investigate. 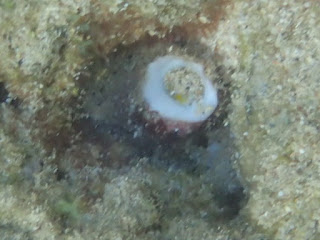 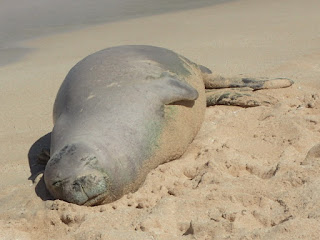 Snowflake Moray eel. They are the most prevalent of all the eels I see. 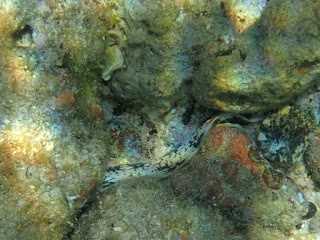 Good swim. It was nice to have the waves a bit more calm. And I'm thankful that the hurricane/storm Barbara just gave us some wind and rain and not a real storm.