Return of the Frogfish

Actually, since I couldn't get out far enough last time, it's really me returning. I'm pretty sure the frogfish was there all along... 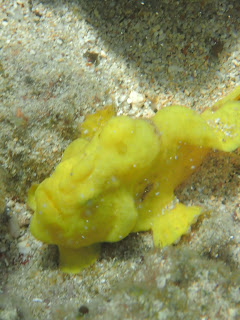 Here is the little fish....not sure if it's a female or male. Also not sure how to know that! 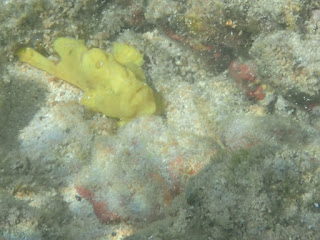 And it appears upside down again. Really, it was me that was upside down. But still able to take a photo, apparently. 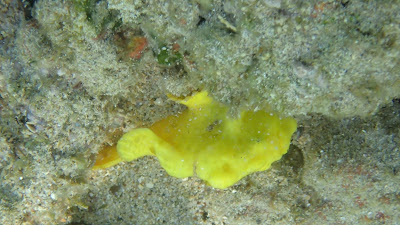 I am so curious about those holes in its skin....any ideas on what they would accomplish? 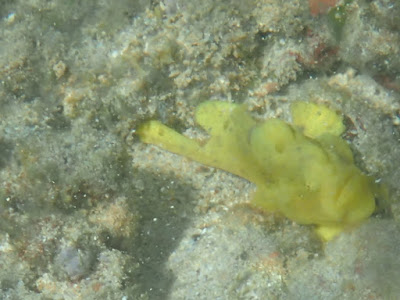 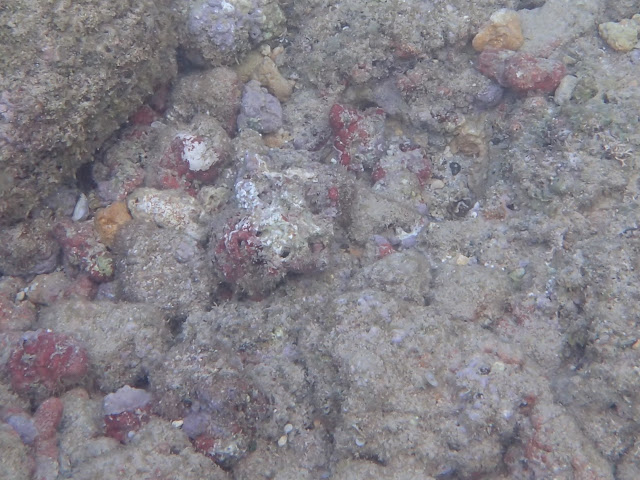 In the preceding one, I wouldn't be surprised if you can't see it. It was peeking at me! You can just see its eye in the vertical center and to the right of horizontal center. It's brown with white stripes radiating out from the eye. 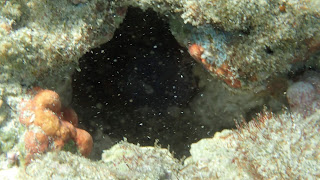 I have seen this one before and was a bit worried...people were walking all over near its den. Perhaps that's why it stays hidden. They are smart animals... 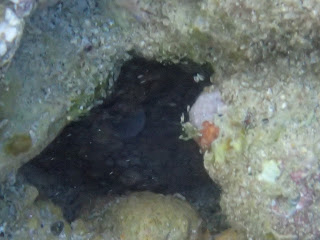 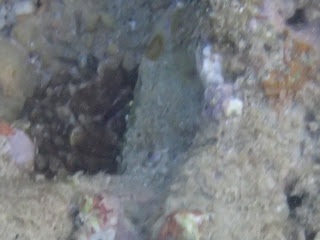 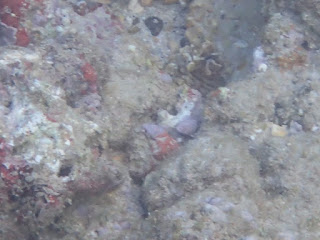 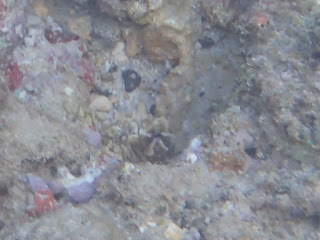 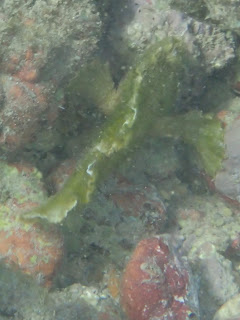 It was being thrown about by the water. 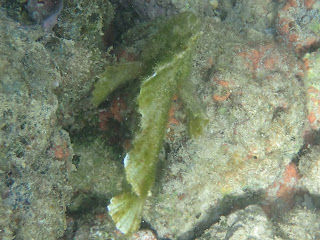 It looks like just any other rock, but it's really a box crab. Look in the center of the photo and for the line that is its mouth. 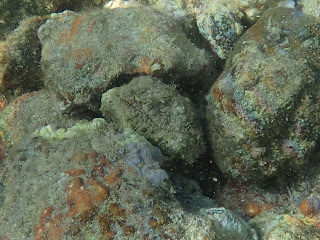 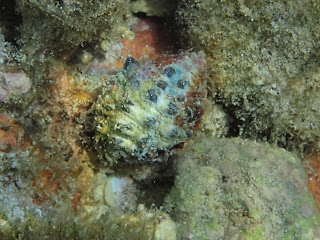 Trevally and goat fish, hunting together. 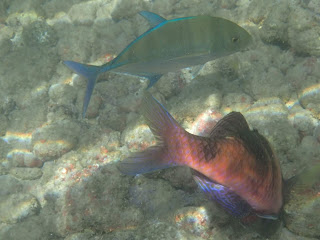 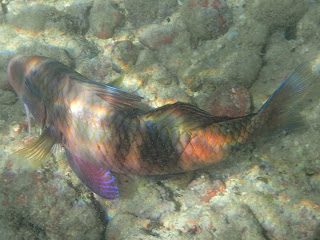 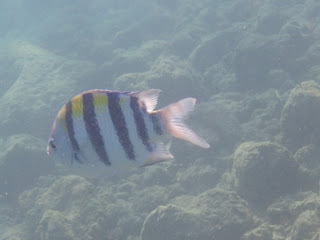 A tiny Lizard fish for Alex! 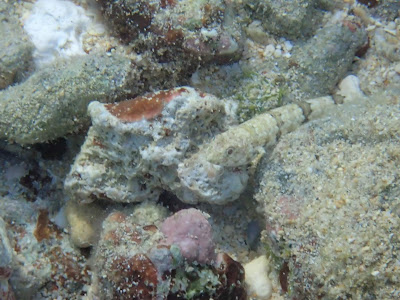 And the male Box or Trunk fish 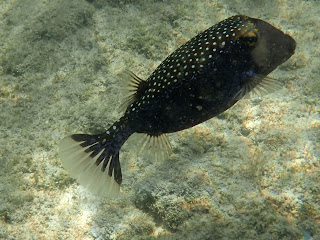 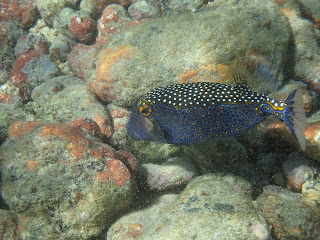 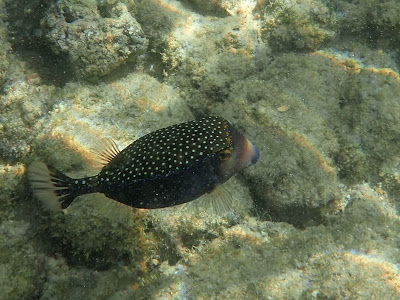 Saddle Wrasse. I see these fish all the time and rarely take their photo! Some people are so octo-centric. 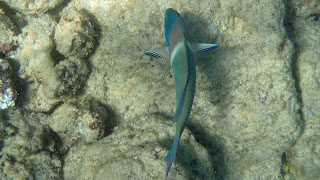 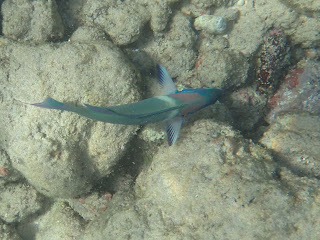 These white shells were still closed, with both sides present, so I assumed they were being used by the original animal, and I didn't pick 'em up. 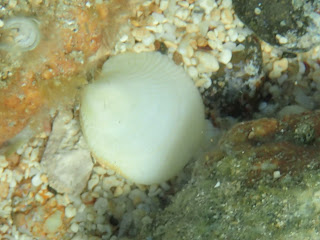 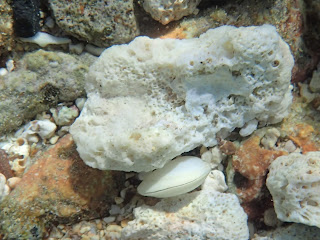 And today's trash and shells. Three sets of fishing line. I'm happier when I have the lead still attached, as that gives me somewhere to put the hook (they usually have some kind of attaching circle and I use that.) Kind of a pain, though: the line always gets fouled in the zipper of my dive bag. But better that than leaving them on the ocean floor. Note also the cone shells: i do wonder who can crunch through that tough shell? 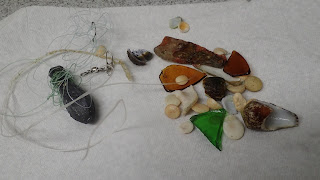 Thanks to God for creating all the wonderful animals. And operculum, of which I found quite a few. I now have over 11,000 of them. Yeah, I agree: crazy!

And thanks for reading this post.
Posted by octopigirl7 at 3:08 PM