Saw 3 of my octo-buddies today! yay. But the frogfish was probably too far out into the wave zone, so I didn't get out really far enough to spot it. Maybe next time. 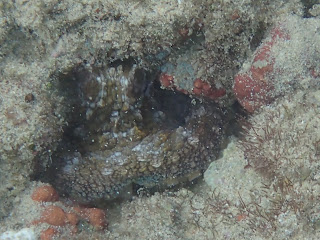 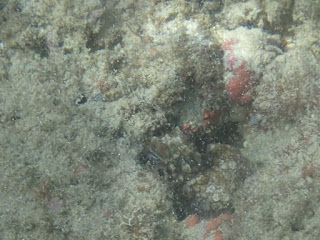 Following is octopus #1 just after it blew sand into the water. Trying to get me to vacate, no doubt. 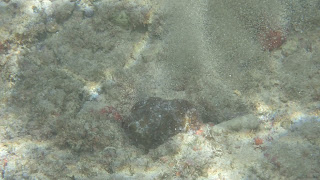 This one did come out more after I went away then sneaked back. 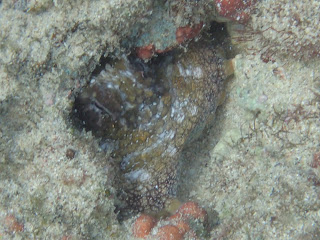 Octopus 2 was in there, but hard to catch on film. 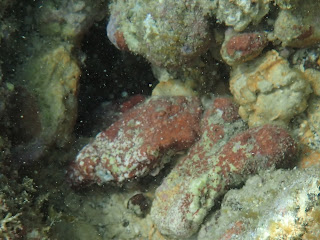 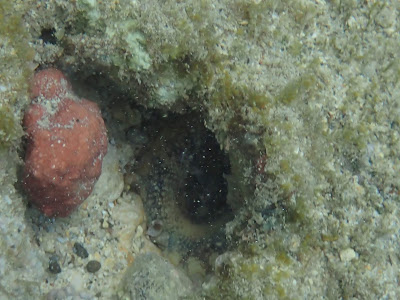 This is what the octopus looks like when it has blown sand...it ends up with a lot on itself! 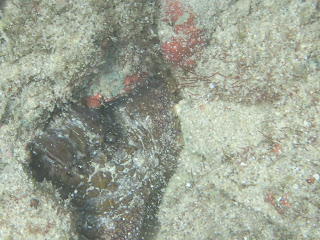 #1 was the one that showed itself the most. The other two had the main objective of hiding well. 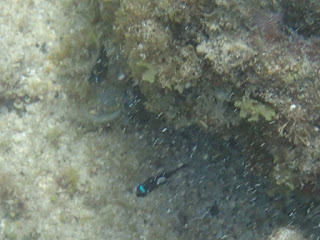 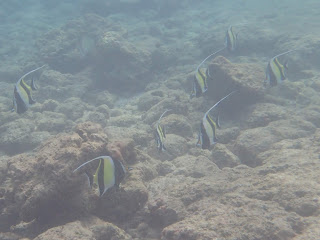 A group of 7 Moorish Idol fish. I rarely see that many together. 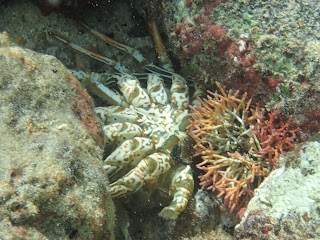 The remains of a lobster meal. 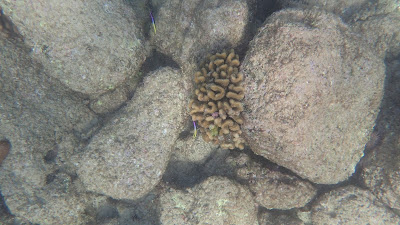 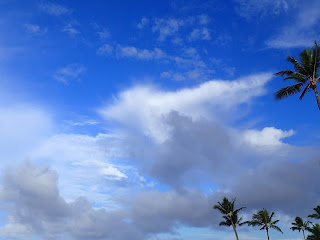 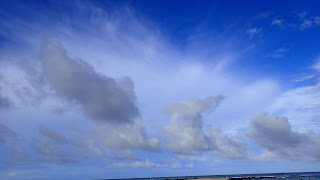 This cone shell appeared to have someone inside. I hope it was the usual animal... 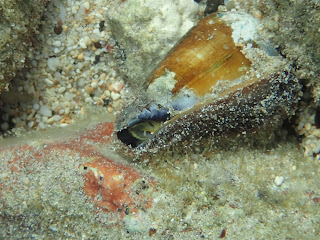 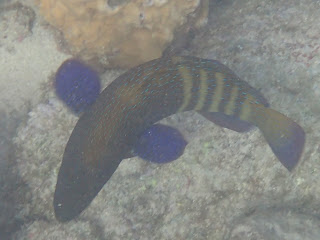 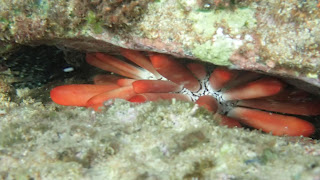 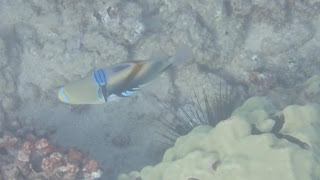 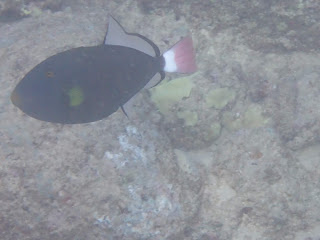 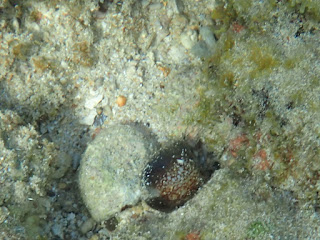 Snoozing seal, guarded by Seal Lady #1!!! Sadly, she's going home for a bit, but we will be excited for her to return in the fall. 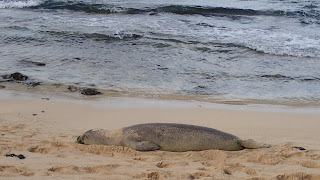 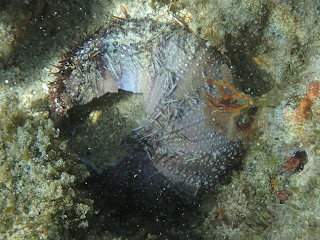 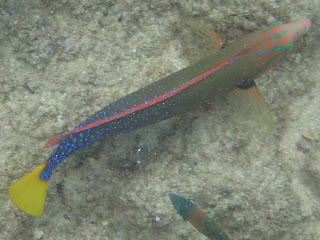 A group of Humu 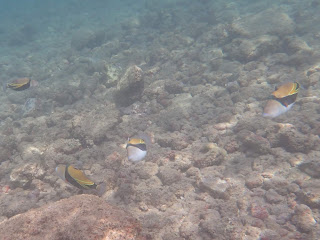 The juvenile of the Yellow Tail Coris. So different than the adult 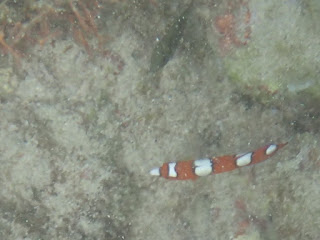 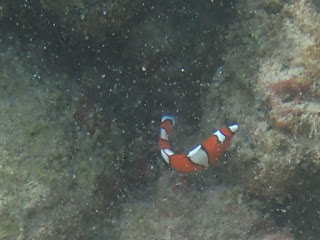 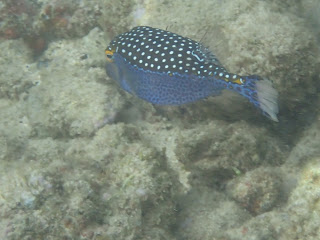 A very nice swim. And I gave no lectures...trying to be good!