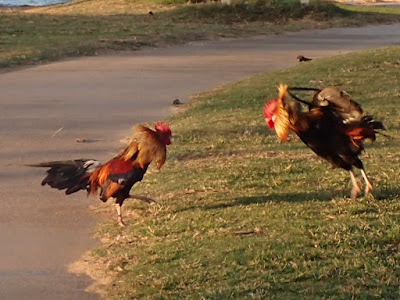 My friend had told me about two roosters throwing down the other day, so it didn't surprise me to see it myself today. The Jungle Fowl on the right was practically dislocating its neck to make its point!! They flew at each other, but then apparently forgot they were mad, and moved apart to start pecking for food. Problem solved.

Saw 5 octopuses! Of course, ecstatic and thankful about that. Here they are: 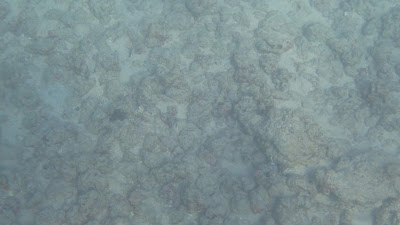 The octopus is the only brown thing in the picture.  About a third of the way in on the left.  You will rightly surmise that I was in the deep side. This octopus started out brown and stayed that way. I did zoom down to try to get a better and closer photo, but caught no good picture. 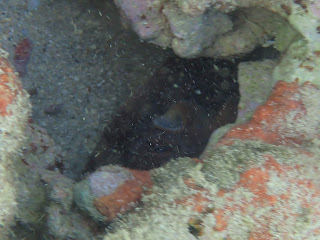 You can see its siphon in the middle of the brown. Deeply ensconced in its den, it never ventured out that I saw. But they can be tricky: they will let me swim away, sometimes, and then pop up to see if I'm really gone. 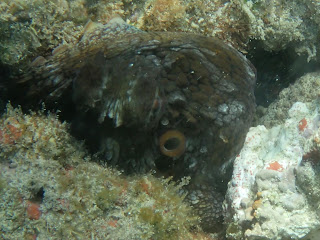 The eye is up and to the left of the siphon. 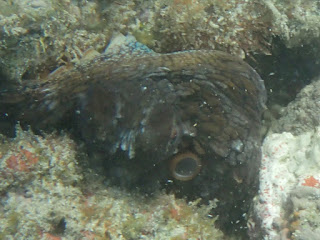 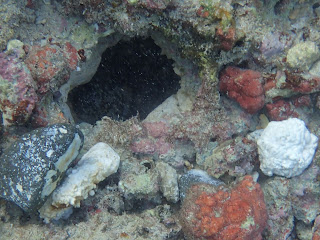 When they are at home, they are really at home. Probably a good survival strategy. But putting the rocks around the den, not so much. I would never eat an octopus, but others have no such qualms. (Seals, especially.) 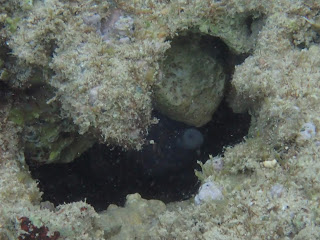 The siphon showing in this photo became aqua in the one below. Eye just below and to the right of the siphon. 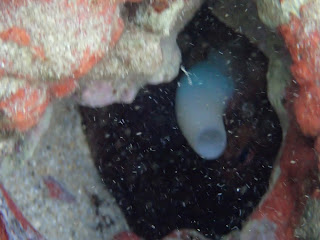 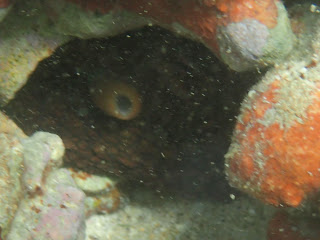 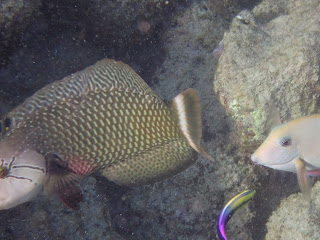 Cone shell occupied by the original owner, I think. 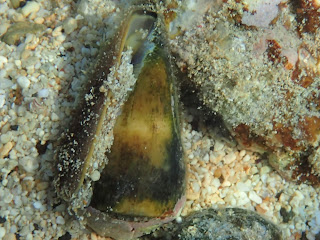 Electric Blue Crab in a shell: 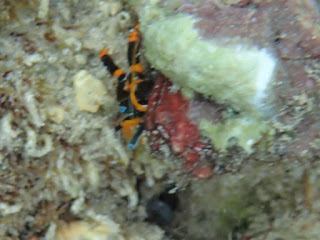 This Drupe had a crab too (which I didn't see until the pix got up on the computer.) 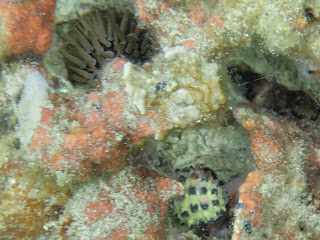 Brighteye Chromis: I have thought for a while that they go into octo-dens and give an early warning signal that someone is coming.. 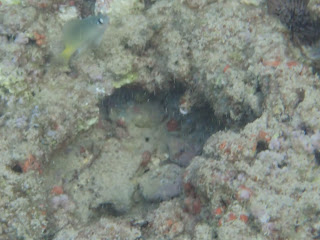 I wonder if this Snowflake Moray thought it was hiding? In any case, the tail end was showing. 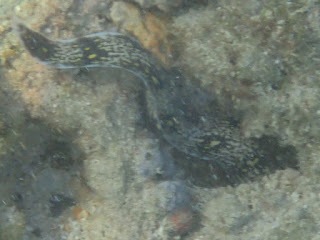 Male Box fish from behind 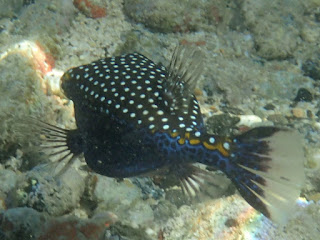 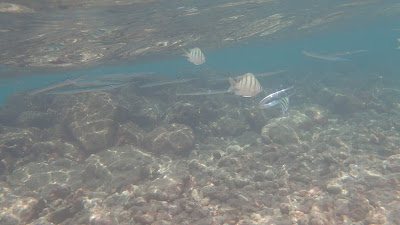 This is a very special operculum...it was about 4 inches from an octo-den! And yes, I was able to dive down, snag it and the octopus was none the wiser. Or, it didn't care. And some fave earrings.. 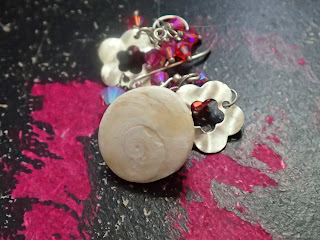 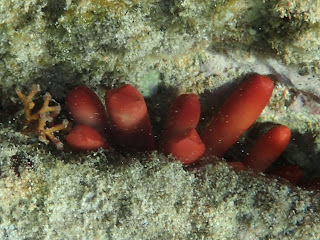 Another crab in a shell 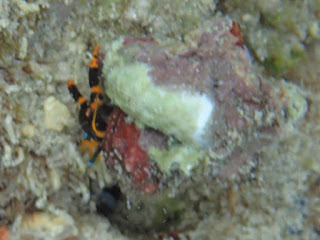 Spotfin Scorpion Fish: this one didn't move at all. 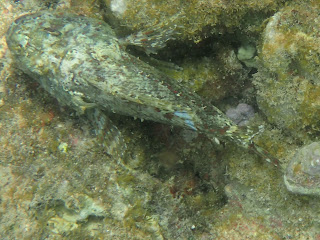 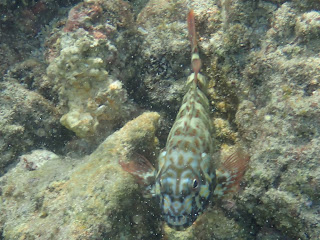 A group of tangs. They were feeding on something, couldn't tell what. 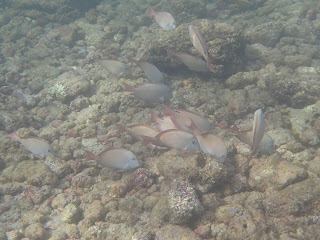 The Bluefin Trevally was hassling the Snowflake Moray. The latter is the most prevalent eel on the reef in this area. 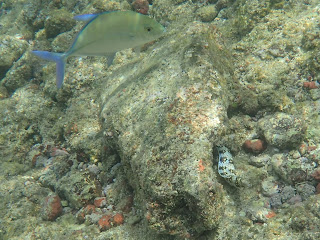 I don't know if these Trevally have a different name, but I like their stripes. 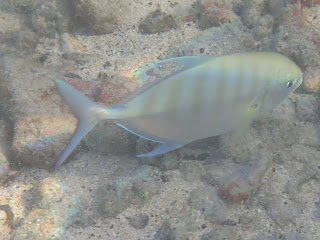 And I really like these yellow tail coris! Very pretty colors and designs. 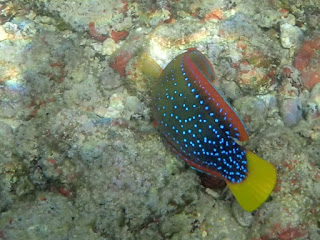 Very happy for the viewing ops today. Lots of nice water. It was rather cold though: I stayed in for over 2 and a half hours and even with a wetsuit, I got cold...probably because I go slowly, searching for octopuses. No seals, though, and no turtles. Maybe they've heard there's a storm coming.