The title for today's post came from my sweetheart: Rastapus! He thought it when he saw the octopus with the rainbow colors: 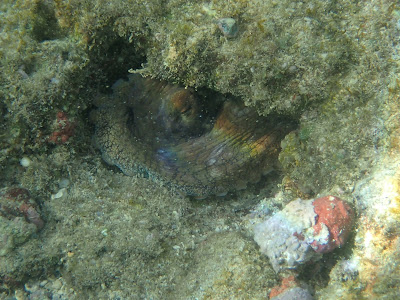 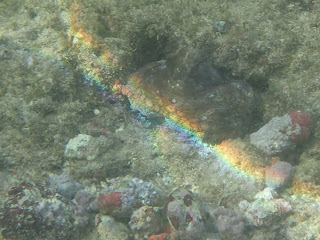 Isn't it amazing what a little light will do?
I took an embarrassing amount of photos of this octopus. What can you do when they sit still for you? 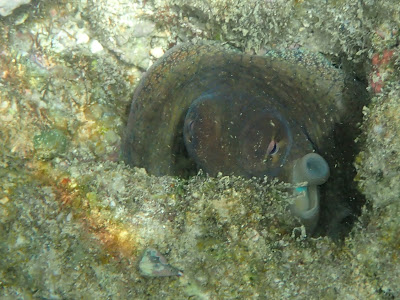 Look for the little bit of aqua just below the siphon. This is the same octopus but from above it. Surprisingly, it didn't seem to care that I was around. Unlike other octopuses I could mention (and you'll see the photo shortly), it didn't turn dark. 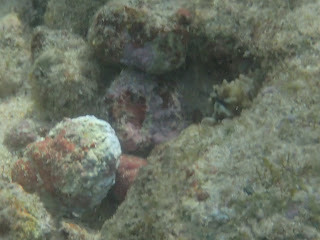 The octopus peeking above and the photos below are all octopus #1. This octopus DID get that angry maroon color.....sensitive, apparently. 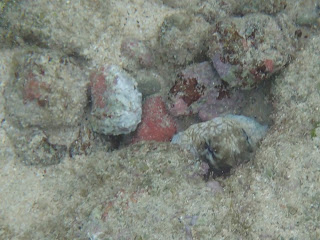 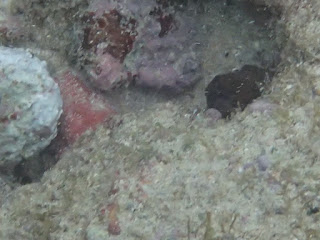 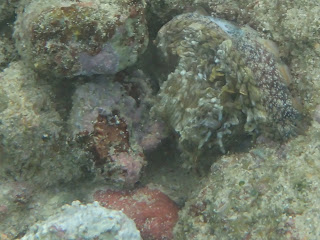 You can tell the eye when you see the white lines radiating from it. 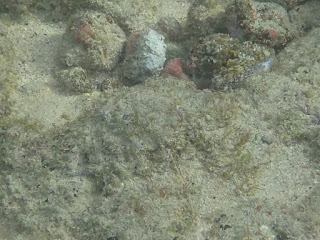 This is one of those "you'll have to trust me" shots. There was an octopus in the den and it was very clever, as it placed rocks over the den to disguise itself. Worked pretty well, too. 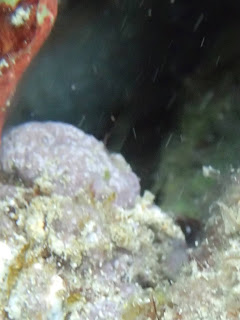 He'e #3 showing its white siphon for breathing. The eye is just above. 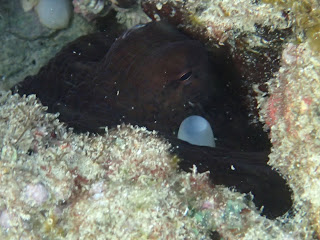 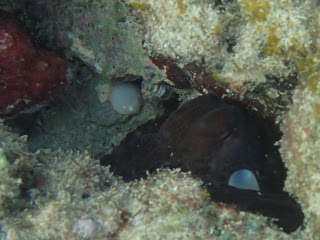 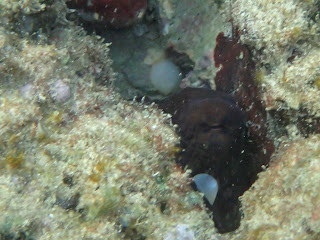 This one was young, but already knew how to peek at me...from a safe place. 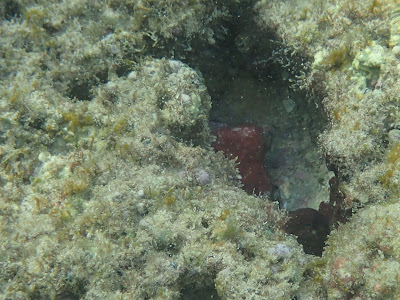 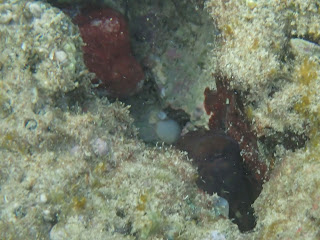 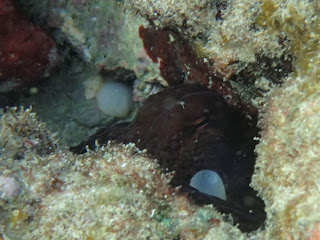 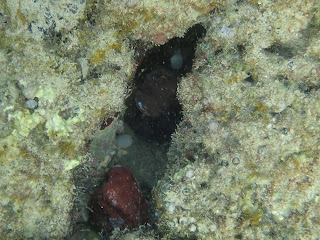 I was quite happy with the 4 octopus sightings....I was disappointed to see that the den I thought might be harboring a female brooding eggs appeared empty today, when I could finally find the den. And by the way, they dig and blow out sand, so just because I couldn't see an octopus, doesn't necessarily mean there wasn't one hiding deep inside. 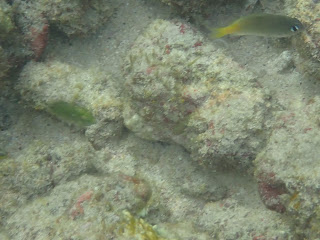 I took the photo above for the little green fish, and was rewarded also with a Brighteye Chromis. 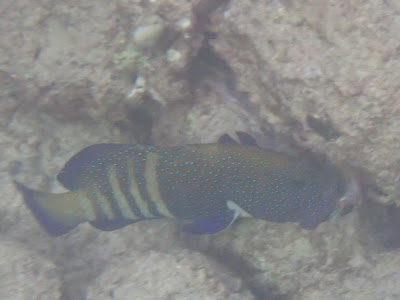 Although it's hard to see, this Peacock Grouper appeared to have a small tang in its mouth. 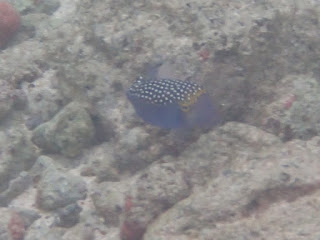 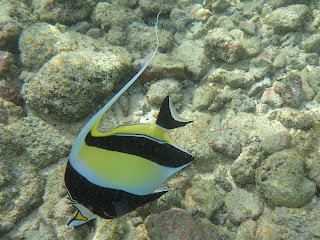 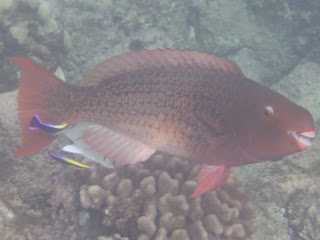 And a big old parrot fish at the cleaning station. These are big fish on the reef, relatively. 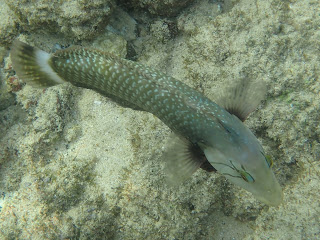 Rock Mover Wrasse. None of these prevalent fish led me to an octopus today. The octopus is probably thankful, as these fish pester the heck out of the poor octopuses! 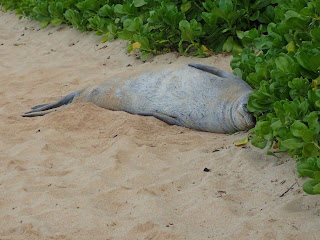 Seal up near the bushes.....I was thinking it looked shy, but my experience has been that they go up there sometimes when they are in the molting process. 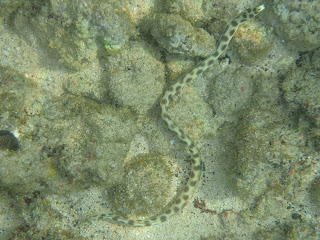 And last but not least, a snake eel. These guys don't bother anyone, unless someone steps on them.
I really enjoyed this swim of almost 3 hours. Over 500 photos taken and I am thankful for each one!
Have a great Thanksgiving and hug someone you love.