"Did you see anything out there?"

One at least makes the attempt to be nice, but when the young lady asked me that question, I asked one too: "Is that the best question you could think of?"

Yeah, it wasn't very nice, but really, would people go out and swim around seeing nothing?!

So I told her that yes, I saw things: 5 octopuses! They were both surprised. Well, so was I really... 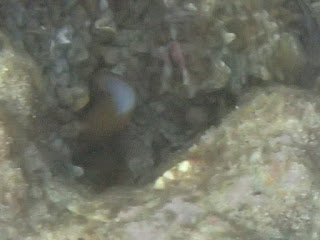 Octopus #1. If you spot the white circle, that's the siphon. To the right of that, there's a bit of red...the eye. 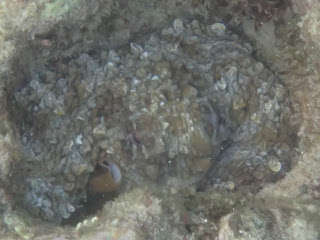 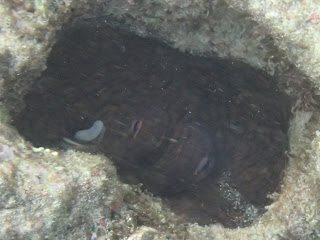 Also from above, but after it saw me...and turned dark, in an instant! You can see both eyes in this one. 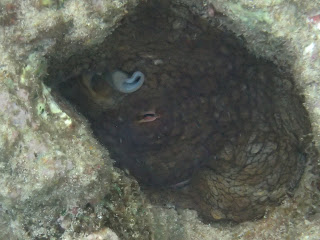 Siphon and eye below 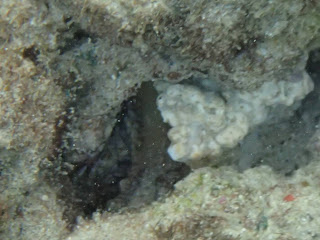 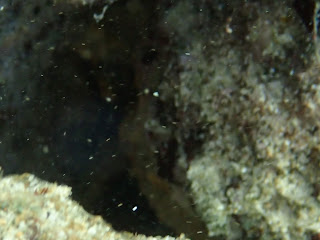 Hard to see, sort of. Just below the pink/lavender bit, is the octopus' body. Bumpy. If I hadn't known it was there, I wouldn't have known what it was. 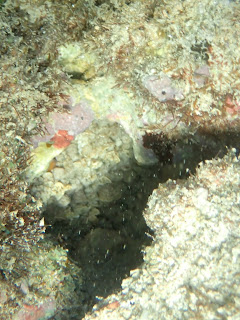 Octopus #5. Peeking up before it saw me. 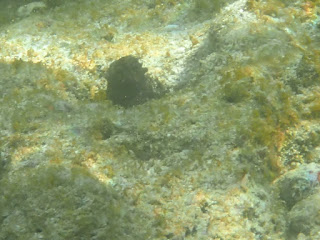 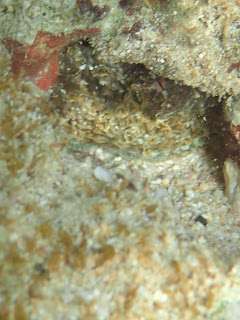 Same octopus, after it had sneaked down in its den. Note the red eye.


Would you have seen it? Brown, in the mid range of the photo. 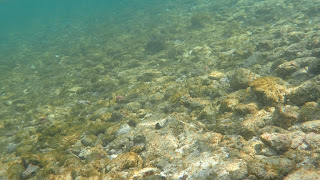 Can you see the barely there rainbow? 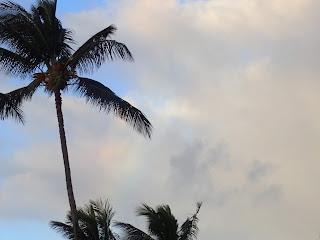 This seal definitely needed to molt. 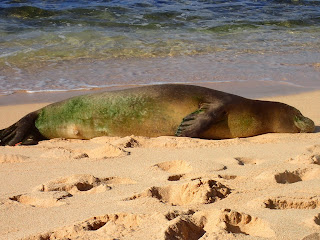 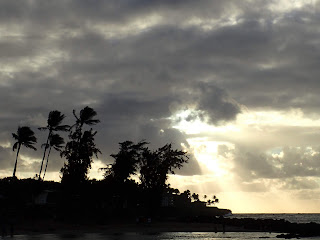 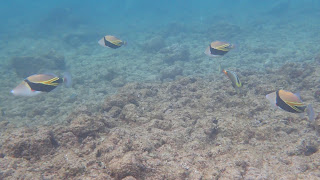 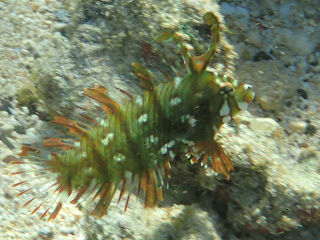 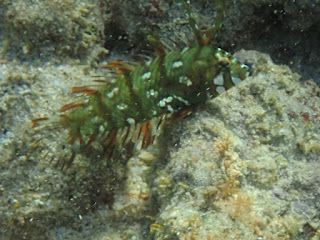 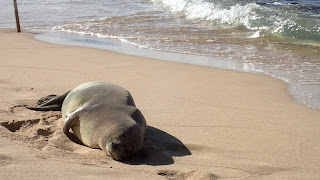 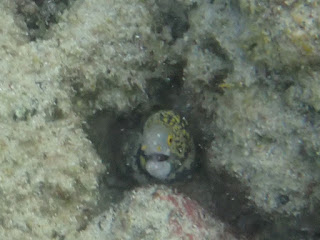 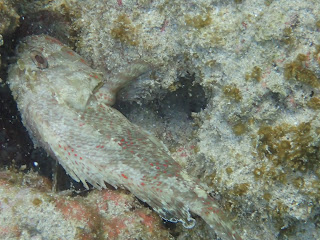 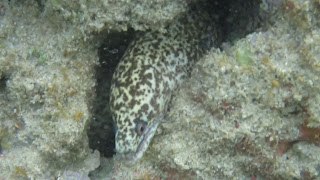 There may have been more photos, but the lifeguard made us get out, so they could move a seal out of the Kiddie Pond. By the time we could go back in, I was too cold!
But a nice swim anyway.