Sorry Turtle! is what I heard coming out of my mouth today, when I accidentally touched a turtle as it swam by me....very surprised I was! 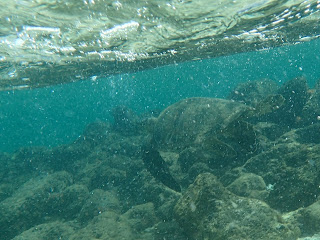 It is rather difficult to see it, but here's the turtle that surprised me. It didn't seem too worried that I had accidentally touched its "paw", so I didn't sweat it. The turtle swam away over the bridge between the deep pond and the kiddie pond.

One octopus today. Here is the photo of the initial look and then the darker maroon when I zoomed down to get a closer look: 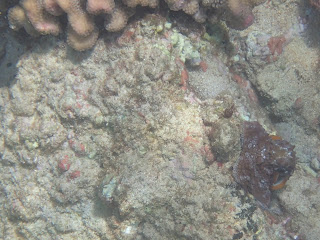 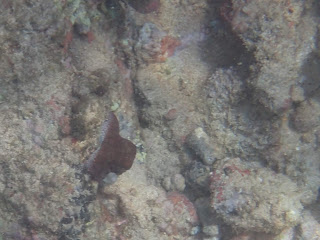 It is one of the most interactive animals that I see. You know RIGHT AWAY that they see you! (And aren't too happy about it, either. Really, I don't bother them....well, not much. I just swoop down to take the photo.) 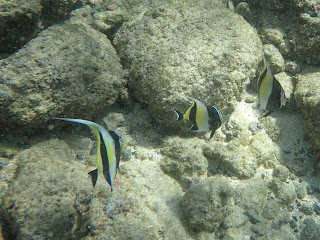 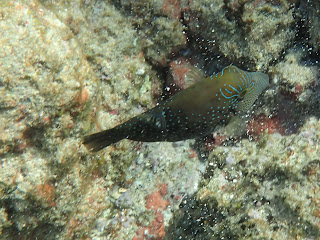 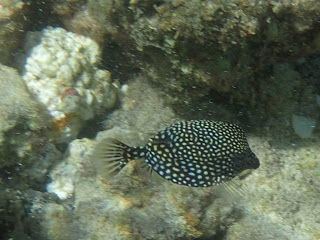 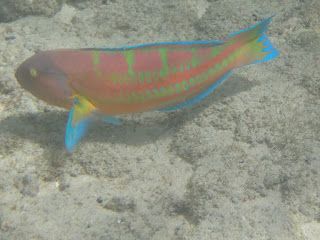 Christmas wrasse in advance of the holiday 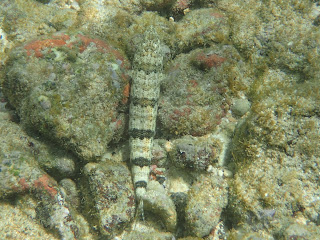 Lizard Fish for Alex! This guy was still lying there about 15 minutes later, too. 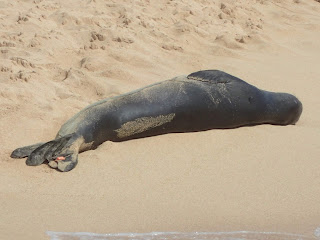 I swam later today, having finished my mammogram! And a great report....no more cancer. I was able to see the radiologist who found the cancer, and aided in eradicating it. Very thankful. That deserved a few hugs.....If you are due a mammogram, please have it done! It is definitely better to find anything early and when it is treatable. trust me!!!
Thanks to God for this result and the wonderful people who helped in this process.
Aloha!