Snorkeled after church...tired! So I'll show some pix and maybe say something. God is good!
Mr. Bumpy: #1 and only octopus! Thankful: 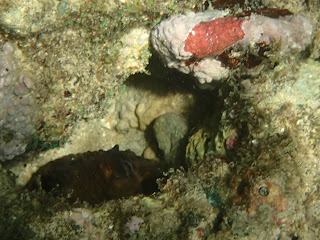 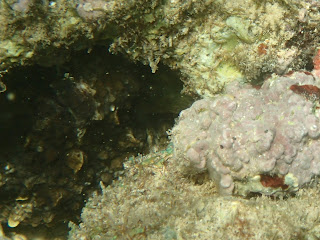 The brown one actually shows its eye.  The other one does too, actually, but the bumps are more evident in photo #2.  The eye has faint white lines radiating out from it.  This guy was hiding very well! I think it's the same one I saw yesterday....glad it made it through. Hiding can be life preserving.  Especially with seals in the area: 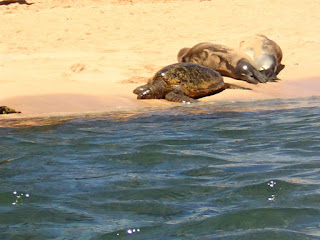 Oh yeah, forgot about the turtle that was snoozing too... 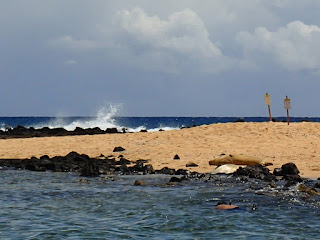 The snorkeler was almost too close.... I love when the seals sleep on their backs! Shows their golden tummy. 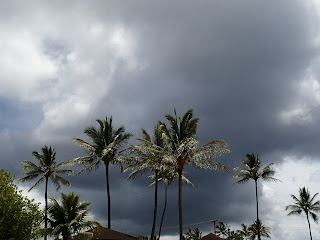 Clouds looked like rain..and it arrived about 10 minutes later... 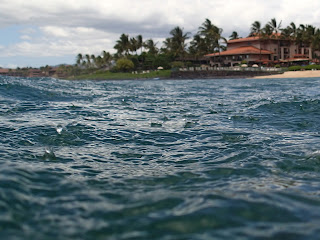 Look for the drop that bounced up. 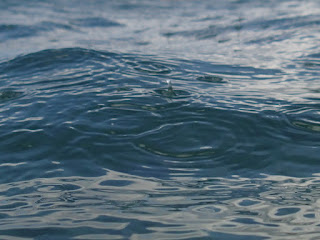 Another drop bouncing up, but also the puddle left by one that dropped a second earlier..that's what the circles are. Shout out to the Olympus TG-2 camera!
Cleaning station: 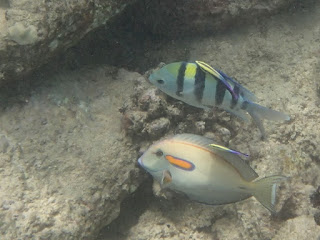 One cleaner per fish.... 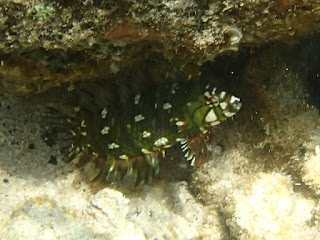 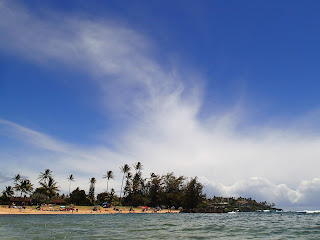 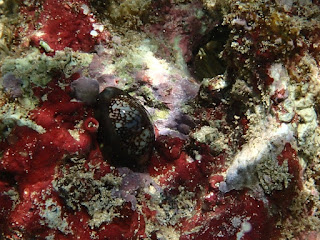 Cowry shell on some colorful rocks 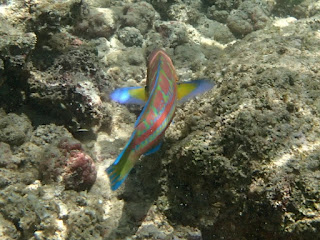 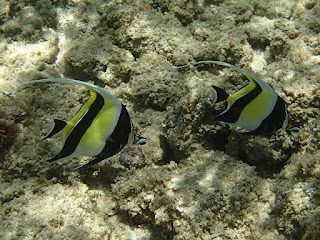 One day, I hope to get a closeup of a face...they almost have eyelashes! 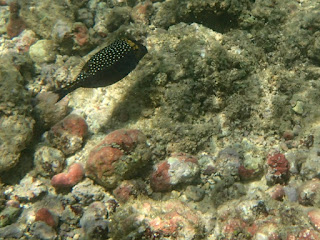 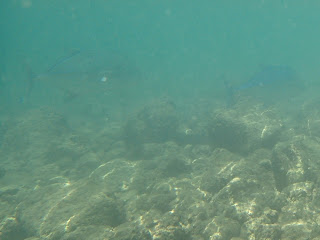 You'll need to really look, but it's 2 biggish Bluefin Trevally swimming quickly through the scene..no really!
3 spot Chromis...These are the coral guards.  Note the small wrasse at the left of the photo... 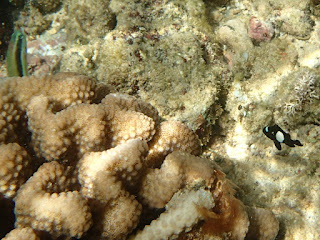 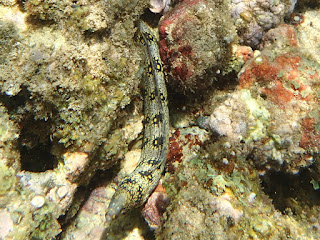 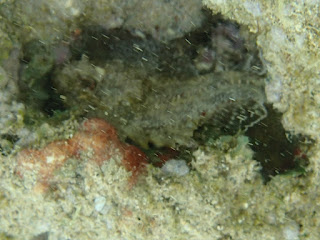 It will look upside down.  The eye is on the left. It's hiding in a hole. 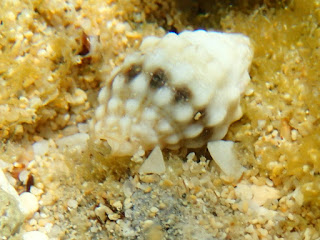 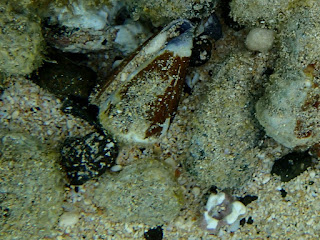 It amazes me how many cone shells I see!  I don't remember ever seeing one with the animal out...probably for the best. I do think they hunt at night. DO NOT pick these up! But if you must move it, move the fat end...the skinny end is where the animal can come out to pierce your fingers..poison too!
Points to ponder. 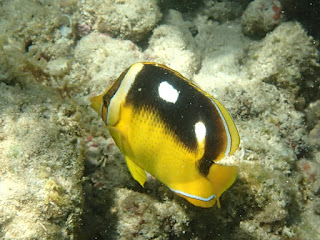 I want to end with pretty, not poison, so here's a little 4 spot butterfly. It had a pal, but I only caught one.
Another nice swim.  Thanks for viewing!