Once again, the Rock Mover Wrasse led the way to an octopus! 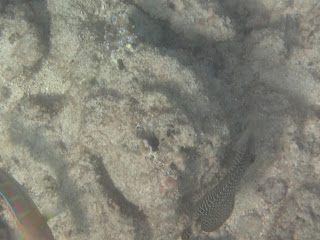 The Wrasse is near the rock and the octopus at the top of the frame.  The poor octopus was pestered by this fish! It kept trying to rub itself against the octopus.  Maybe trying to show authority? 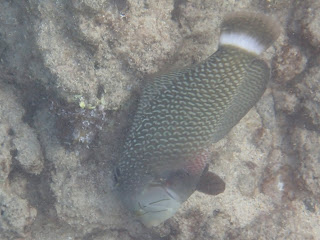 You can see the octopus, about 2 inches to the left of the fish. These fish are awesome: very tough and picking up rocks at least half as big as they are and throwing them around. Ooh and I almost forgot to say: go to youtube and search for octopigirl7 . You'll see at least the octopus.
Also saw a very nice Cornet fish: 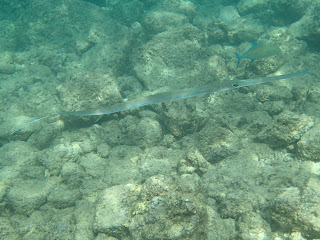 It looks as if it's being led by the trevally, but really, it was just cruising for food.
A pair of Barred File Fish swam by, but this photo shows just one.. 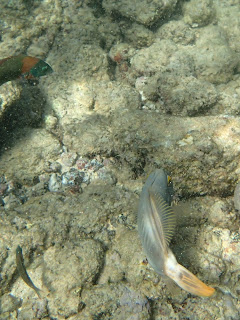 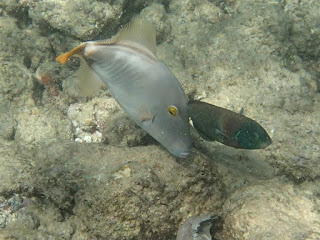 Just love those sock monkey eyes! And the little Saddle Wrasse kept pace with it. Not sure why..I've never seen one follow like this.
There were several eels.  I hate to say it, but don't know the type this one was: 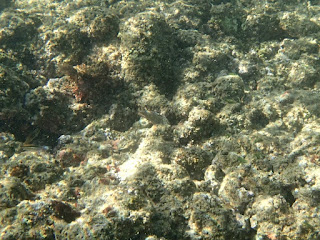 See it?
You will probably need to click on the photo.  Some of these animals blend right in...
Lizard fish face: 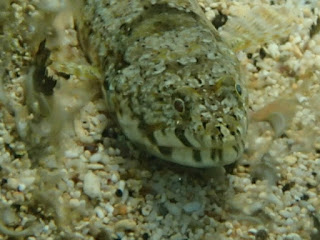 They blend in with the sand....it's hard to see them when they are mostly buried. And speaking of hard to see, I would never have seen this Devil Scorpion Fish if it hadn't moved: 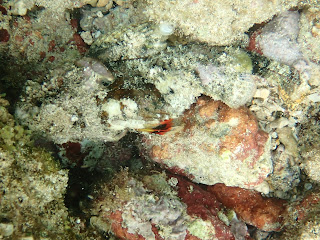 You'll see the orange of the partially opened side fin.  Follow the body above to the left and that's the head.  To the right...the tail. Yeah, good camouflage! 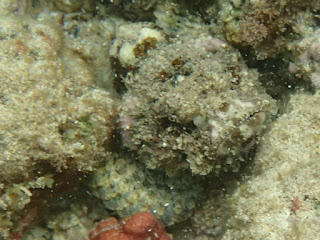 I agree, a face only a mother could love! The mouth is slightly agape, just to the left of the rock on the right hand side....You can see a side fin just above the red rock on the bottom of the photo. 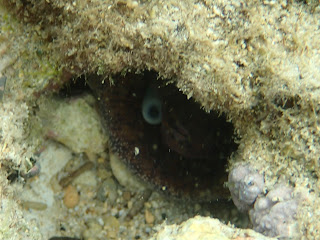 This shy octopus was near the beach, hiding in a hole in the coral/rock.  See the siphon?  The little white ring inside the hole is its breathing tube. Very shy. And it was #2.
And now for the shells:
Turban Shell (the shell belonging to all the operculum): 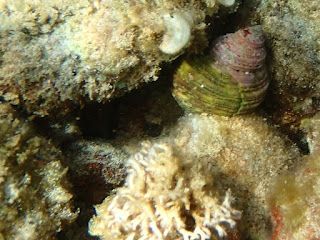 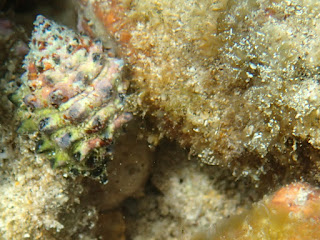 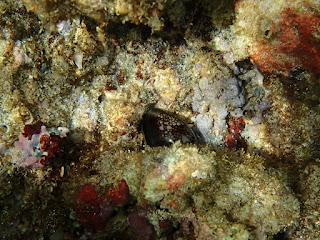 And last, but not least, the Cone Shells: 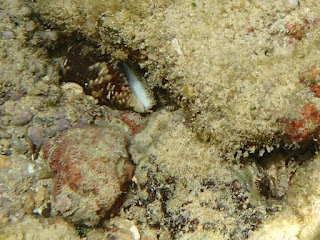 Hiding underneath a rock. These I generally don't pick up, unless they are broken in half. That way, I know there's no poisonous animal still inside. Here's another, Flea Bite Cone, buried in the sand: 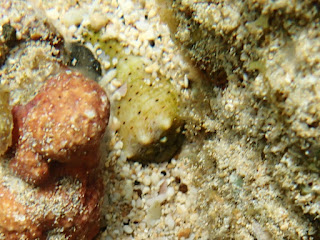 Urchin, having bored a hole in the rock... 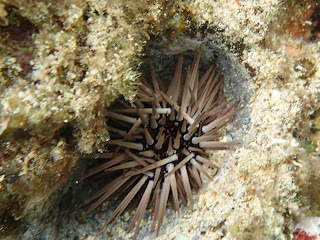 Christmas Wrasse.  These guys are so fast, it's hard to get a really nice shot, but i keep trying because the colors are so great: 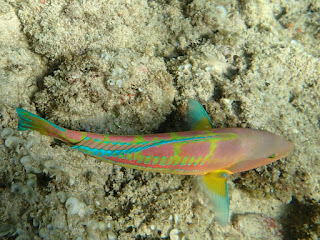 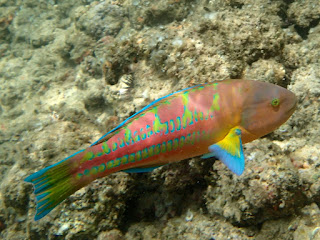 They are amazing when the light hits 'em just right. 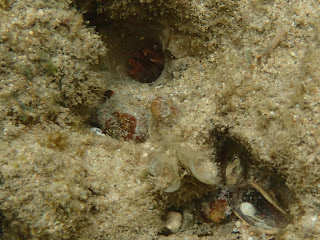 Check the upper hole for claws...Not sure if it's a shrimp or a crab.  Sorry, octopuses are more my thing!
And a good Rock Mover Wrasse photo: 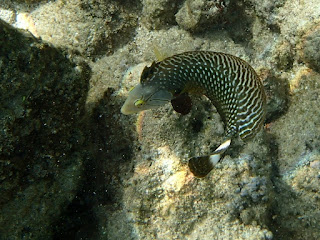 They are very bend-y and i like the green eyes...
And of course, seals: 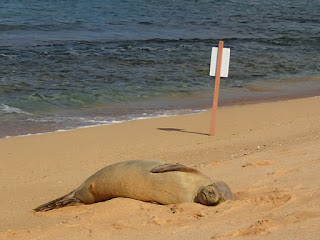 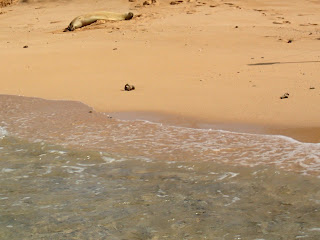 Looking oh so comfy. There were protective signs and ropes around the seal, which I was able to crop out.
Another eel: 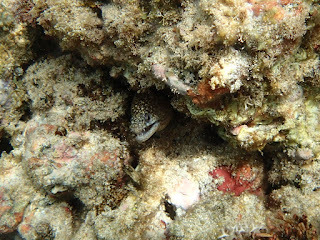 They often do this: hide in a hole and wait for prey. 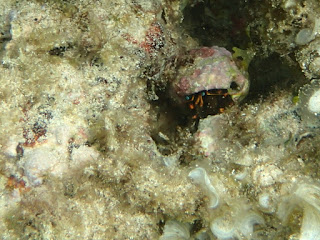 Electric Blue crab inside a shell.  Walking around with your house on your back!
Loved this dive. Nice water, good animals and nobody got hurt. It's all good.