My sister-in-law helped us this week by volunteering to get our Christmas tree with us.  It's not impossible to pick one up in our Toyota, but it's not as easy as buying it and throwing it in the truck!

We've moved since our last tree and also traveled one year, so we haven't had a chance to see all of our ornaments recently: 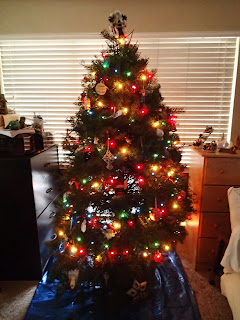 We have too many t-shirts, so need dressers in the living room.  Yeah, it's not cool, but it's real. 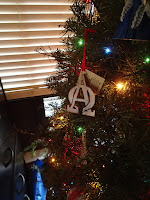 One of my favorite ornaments: Alpha & Omega.  The Beginning and the End.  A great reminder.  And very comforting.

Two seals were snoozing on the little island when I arrived.  Since they were out of the immediate traffic pattern, I wasn't worried that folks would bother them.  And it gave me a reason to talk to a very nice lady from Colorado. 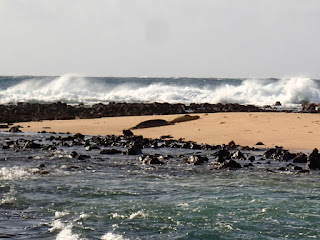 One biggish seal and one smallish one.  You can see the waves were still reporting to work, so the water wasn't the best when I got in.  And I only got into the Kiddie Pool, as there were No Swimming signs up.  I think because there was a drowning recently that the lifeguards are being more aggressive in trying to keep folks out of the deeper water where the rip current is more fierce.  It is sometimes within my power to stay clear of it, but I have noticed that once one person gets in, everyone decides it's ok for everyone to get in..and I don't want to encourage anyone to go beyond their skills.  I am NOT a lifeguard. 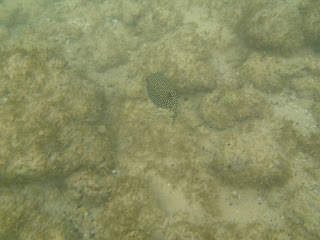 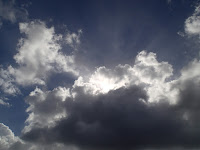 There seemed to be quite a few eel tails, too.  Here's one: 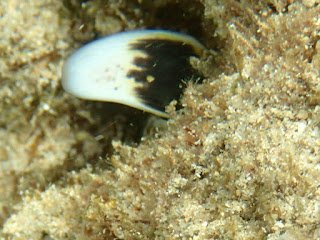 I never did find the head of this one.  But there were more eel heads to spot: 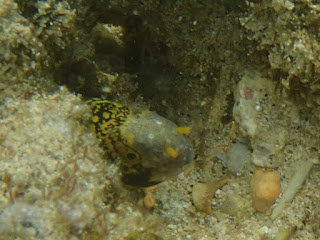 I have noticed other eels have the protruding tubes in their noses.  I'm still pondering why they have those, as compared to our noses. 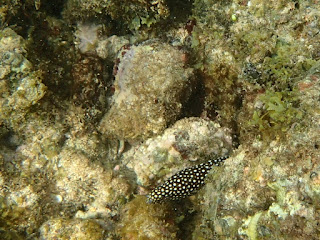 I spotted a lizard fish, too, which wasn't in the sand as I normally see them, but on the side of a rock: 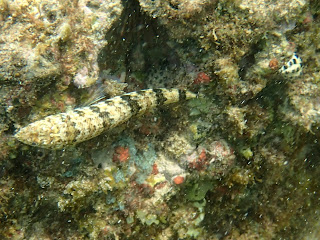 I noticed it was on a "busy" rock too: at least 2 Drupe shells, some coral and some unidentified sea stuff.  (Yeah, I'm not the most scientific person...)
A tiny humuhumunukunukuapaa, too: 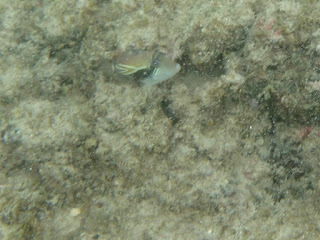 Maybe 2 inches at most!  And rather afraid of my hulking presence, but it didn't hide in the nearby hole, so it was being brave..
Also spotted a Hawaiian Green Lionfish: 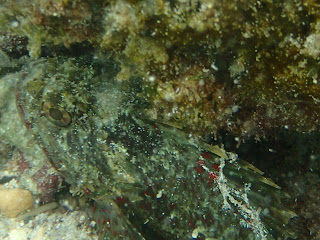 Hiding near a rock..as they normally do.. Look at those spines!
And saving the best for last, one octopus, which peeked up at me: 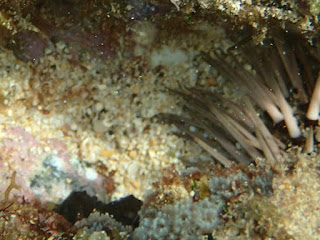 It's the brown part, just below the pinkish stuff... and yes, after it saw me notice it, it slid under the rock.  I waited, out of sight, and it popped up just a bit to look at me.  Smart enough to keep an eye out...