octopuses, devils and shells, oh my

Happy to report there were two octopuses today. Number 2 was quite a surprise: I saw a hole in the bottom. I thought, hey that might be an ideal place for an octopus. But I then thought, nah, there are no rocks outside. But I was wrong. It isn't a great photo, but here you are: 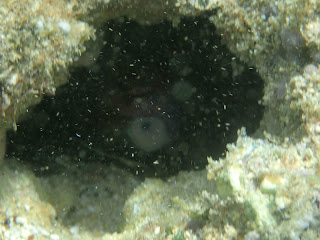 Yeah, really sitting back in its den. You can see the small siphon and just above, the eye. But of course, there was sand in the water (this was in the Kiddie Pond), so it isn't a great photo. Just glad to see the little guy! 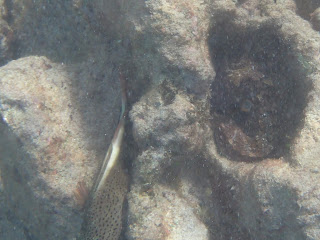 This is He'e #1, above and to the right of the Hawkfish. I don't know if the fish even knew the octopus was there.  It was recessed in a hole in the coral, so, hard to tell.

And then there was a brittle star: Ophiactis savignyi
Yeah, I can't believe I'm using a scientific name either, but it's all I have. Other than to learn that it is unusual, if plentiful, because it has 6 "rays." The norm is 5 apparently. It may be plentiful, but I've never seen this one before! 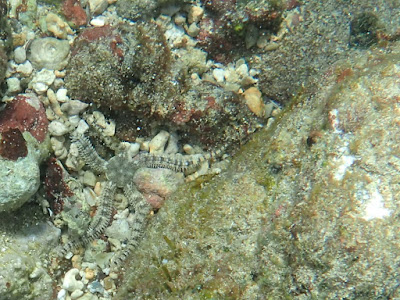 Of course, when I first saw it squirming around, I thought (hoped) that it was an octopus. But I'm quite happy to have found a new type of brittle star anyway. 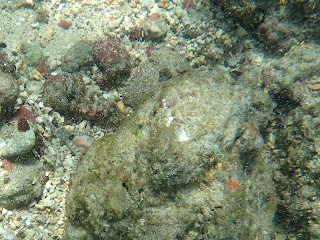 Like some of the other animals I see, it was quite similar to the color of the bottom.

And an ambush predator: 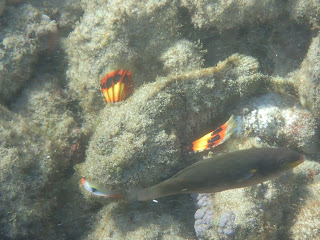 And is my custom with scorpion fish, I rarely see them unless they move. And it helped that this one moved quite a bit and showed its colors....even the colors in its open mouth. The wrasse seemed unconcerned. Or perhaps just unaware of this fish. 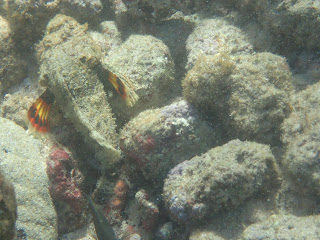 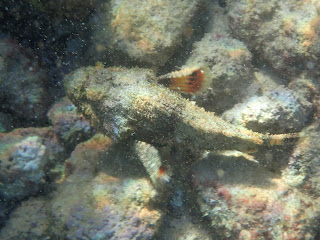 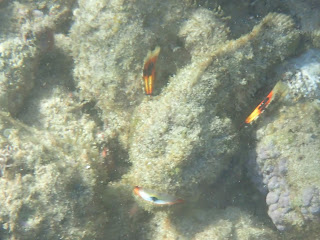 You can't really see its eyes, but they are little bumps above the mouth in the photo. 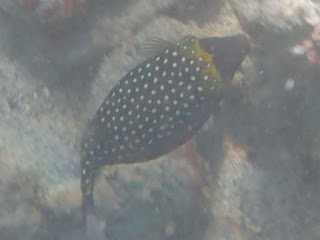 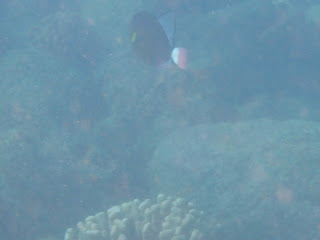 Pinktail Durgon in the deeper water. look for its cousin in a minute.. 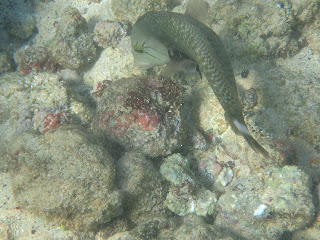 Rock Mover Wrasse, curving around the rock (with red on it) that it just picked up and threw aside, in the hopes of finding prey. 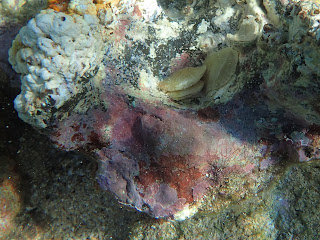 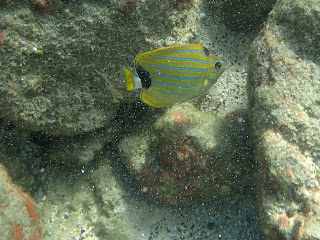 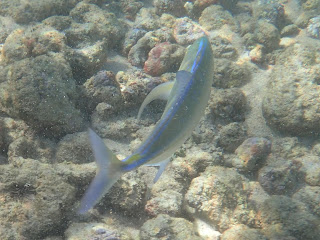 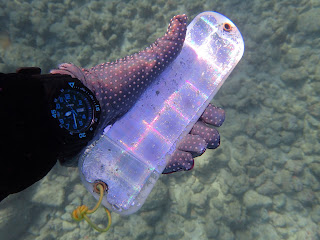 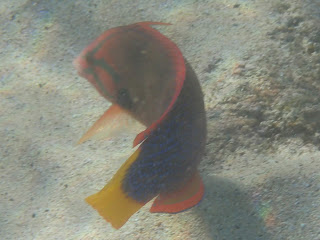 A very pretty fish and I don't even wear yellow. Yellow tail coris.

I was very surprised to see a BLACK Durgon. I usually see only the pinktails...The black ones sometimes get the sun on them just right and their entire body turns a lovely blue color. Normally, one sees the black and the two lines heading toward the tail. It did appear rather lonely...on Oahu, I used to see them in large groups. 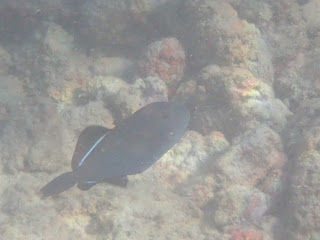 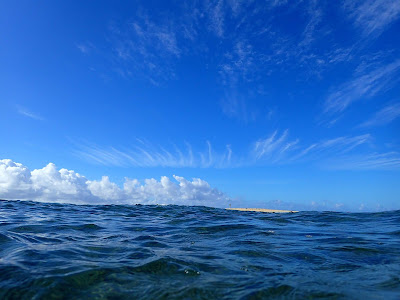 There were some very pretty and unusual clouds today. Snapped from the water. 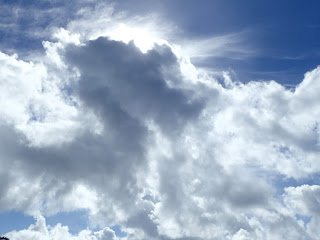 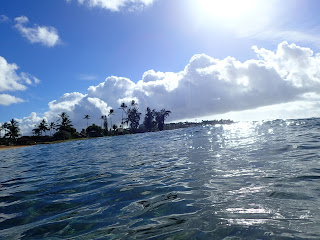 Mr. Seal, snoozing. Note how many scars this poor guy has! And also the sets of waves. The ones furthest out are where the surfers catch their rides. 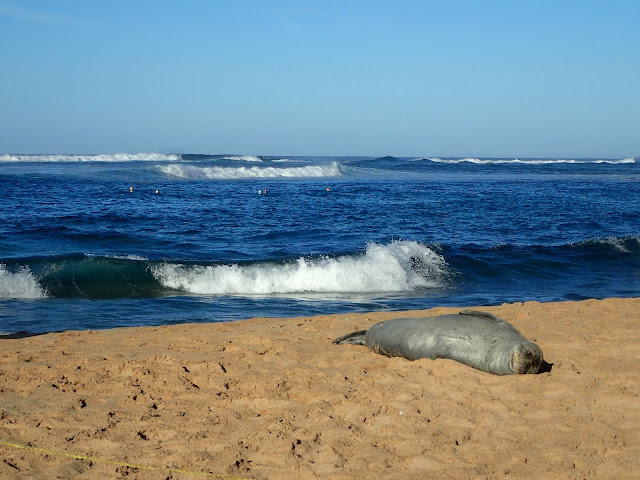 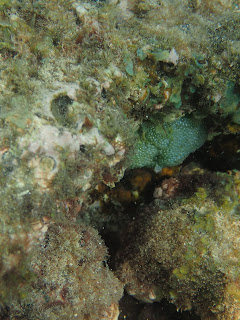 I am not sure if this green stuff is coral, but it caught my eye as it grew underneath the rock.

Very enjoyable swim today. I stood for perhaps 10 minutes trying to decide if the deep side was too rock and roll for me! It did move me around, but not unmanageably. Thank God!