A Banner day in the water 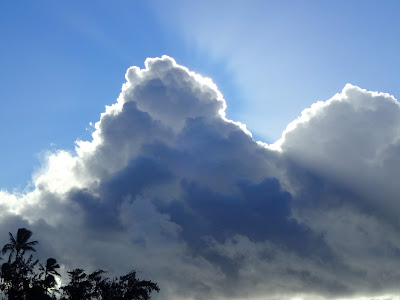 A very nice start to the day, with God's glory clouds. And then two seals and a turtle swam by me. And I found two octopuses. I tell you, it was almost too much! 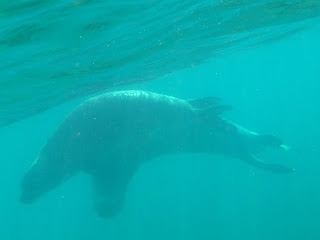 A swimmer alerted me that there was a seal in the water near me. So of course I popped down and it wasn't one seal, but two. I think they were conjugating some verbs, but they might have just been playing. 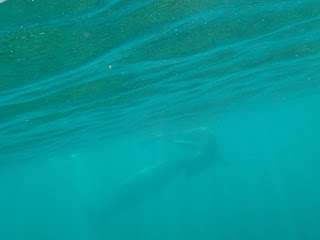 And maybe kissing. Do seals do that?! 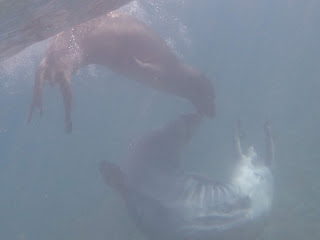 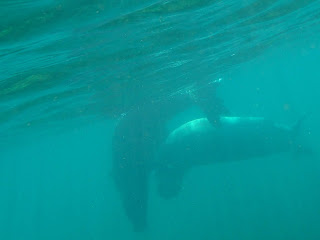 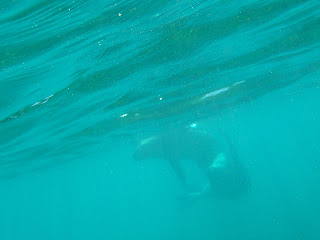 They were front to front a few times, but I didn't swim closely enough to determine the sex of these seals, so I may never know what they were up to. In any case, they seemed to be enjoying themselves. 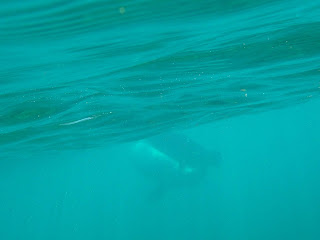 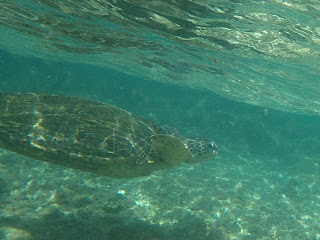 This Honu swam by me. There were a couple following it, so I popped up to let them know it's illegal to follow them. They were disappointed, but obeyed. Some people can learn and do care about the animals. Or at least about the law.

The honu below was already on the island when I went in. And I can tell you, it's tough to take a photo while you're keeping yourself above the water. 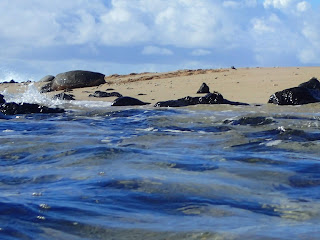 Both octopuses were small, and a treat. I wish I could discern more about them, so I could tell them apart. But other than being in the same den from one visit to the next, I can't tell if one is the same one I saw last time. 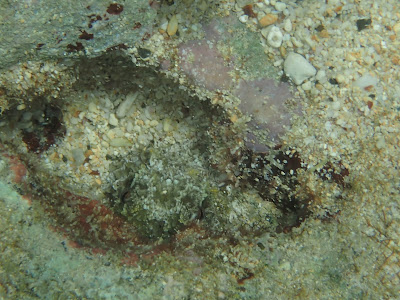 Yes, it's He'e #1!  It almost appears green, at the bottom of the hole in the bottom of the ocean. (When I typed that, it sounded as if we were at great depth...but really, this was probably in 2 or 3 feet of water.) If you look closely, you can see its two eyes at the left and the right of the green. It did change to the angry maroon later, so I left it alone. 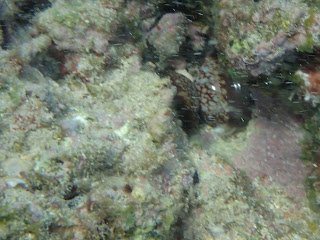 These two cowry shells were hiding in among the rocks. 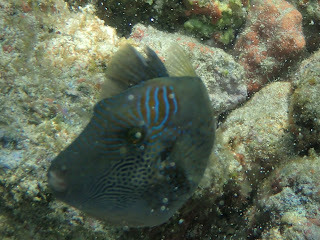 The Ambon Puffer gave me a look as it flipped around to go away from me. 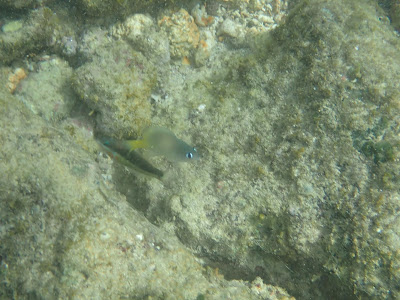 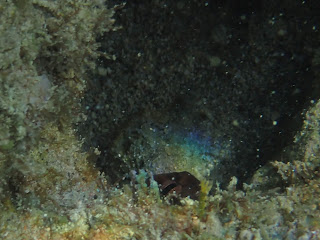 And here's is He'e #2's eye, peeking up at me from its den. I was happy to see this octopus in the den, as it had been empty for a few days. And below, the eye again and the siphon. You can see the sand in the water, blowing around. 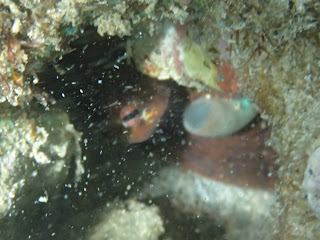 A nice Male Trunk Fish. One of our faves, especially the male with that pretty blue. 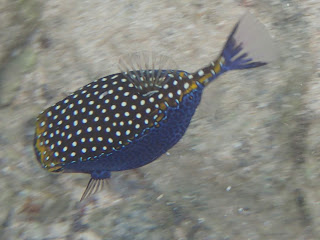 And a  Pencil Urchin was for once out enough that I could use the magnifying lens to get a close-up shot. 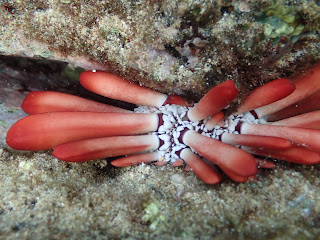 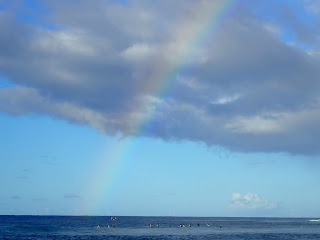 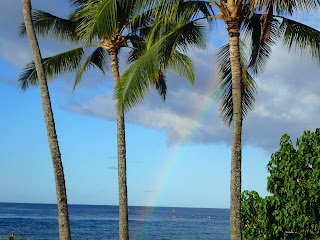 And then rainbow, palms, and clouds. 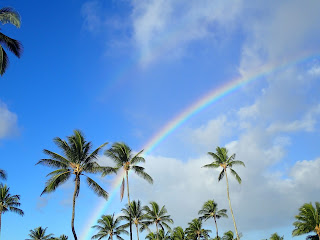 And the rainbow from the other side, with a bit of rain out at sea. 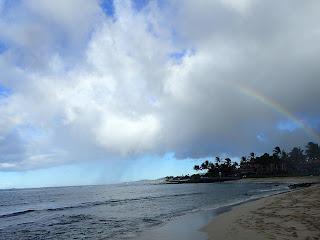 And the Bluefin Trevally swam by. When they see something they want, they are incredibly fast at going after it! 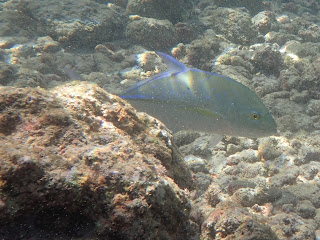 All in all, a great swim, with many of God's wonderful creatures. I am wondering why there haven't been any visible octopuses in the deeper part lately, but perhaps the seals have been hungry. I really think they should eat something else. 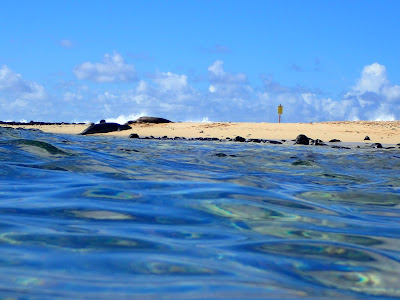 I don't know if these two seals were the same ones I saw in the water, but it was nice that people respected their space.

A swim with many blessings! Thanks, God!