Demise of a crab or Death by Octopus!

So, on the off chance you'll be swimming, when you see a Hermit crab in a shell, normally the legs are on the coral, or the bottom, so they can move. 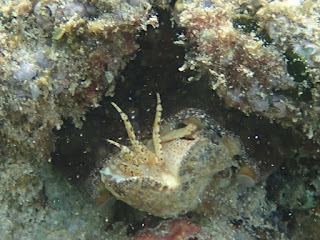 So when I saw this, it immediately drew my attention: why would the crab be legs up?! And then it dawned on me: look in the hole above the shell and to the right...octo-tentacles! The octopus had probably already stunned the crab and was just waiting to get its "just desserts". 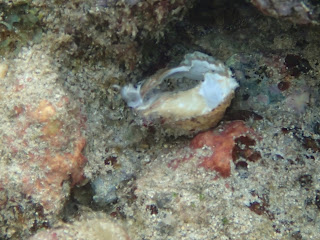 And this is what I found outside in the same area later...aha. Octopuses blow out the shells when they have had their way with their prey.
But let's rewind to the beginning of the swim, before Octopus #1 (of 3. yay) 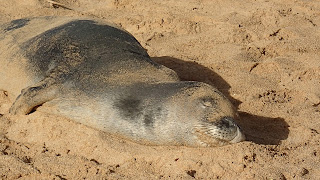 Awwwww... I mean, really. Is there anything else to say?
They even have eyelashes. 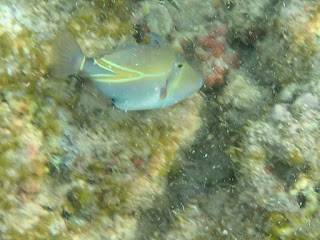 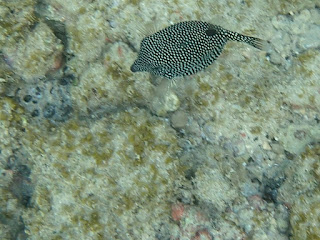 Trunk Fish. There's a male in your future...in a few snaps. 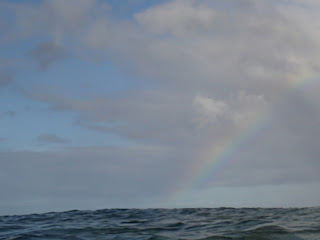 Lovely rainbow from the sea. 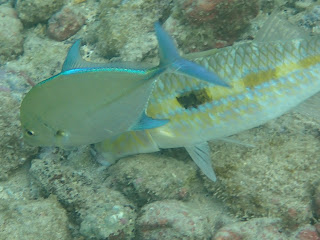 The Trevally often follow the goat fish. Hoping for leftovers. 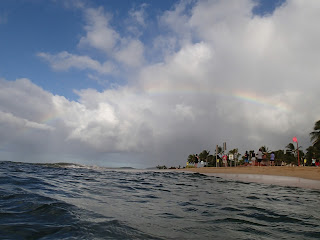 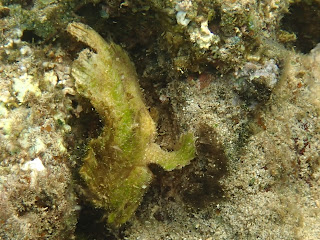 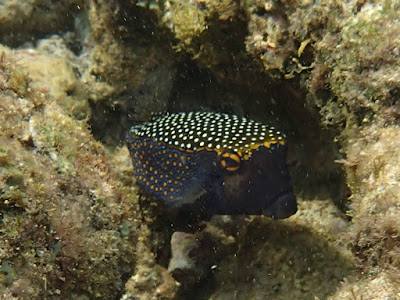 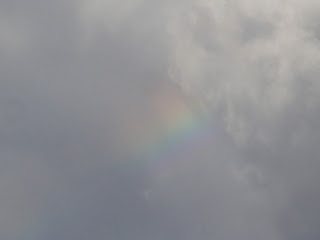 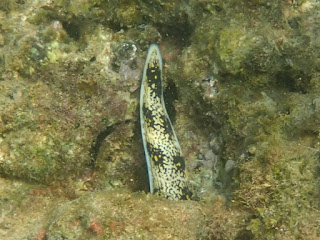 Years ago, I wrote a blog about a frog fish: I had originally picked it up, thinking it was yellow trash! I was wrong. And in the photo above, out of the corner of my eye, this looked like a trash/label. I often see them floating around. But this was a Snowflake eel tail! Glad I didn't pick it up.. "It might not be trash #2". (and if you want to see the original blog on wordpress, look for It Might Not be Trash!) 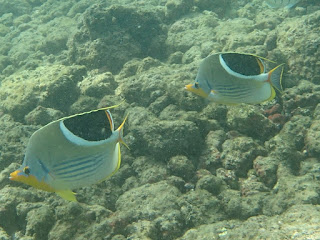 Saddle back butterfly fishes.  They usually travel in pairs: it's so crazy. You see one and you immediately look behind for the other one. 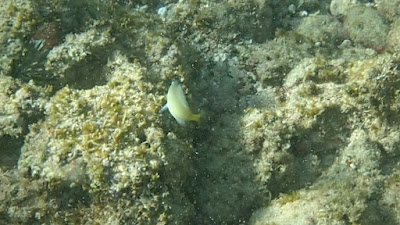 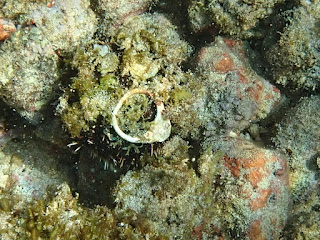 Pop Top Urchin. When you think about it, I guess a piece of metal would be a good protecting bit of debris. 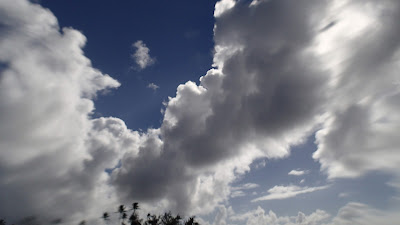 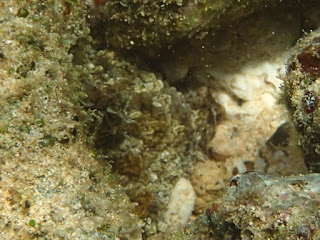 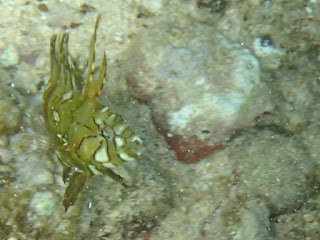 Juvenile Rock Mover. I love these fish...clown faces and all. 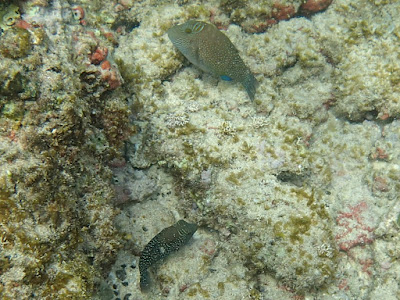 A pair of Ambon Puffer fish. The top one has the blue tail showing. 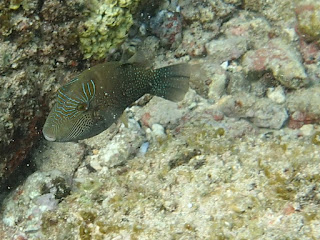 And showing the face. Really, could a painter think up a better color pattern?! 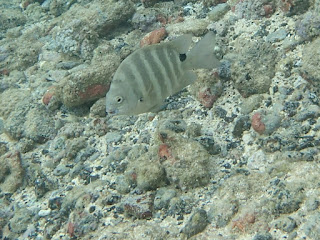 The Abudefduf. They are perky and cool with their stripes. Hanging out near the border between kiddie pond and big pond (which was closed today...I'm rolling my eyes. But really, if I were a lifeguard, I would maybe have done the same thing. Because of the rip current.) 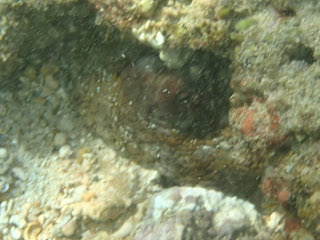 Really not a great photo of octopus #3, but for continuity's sake, here you are..
So thankful for a great dive! and i'm leaving town for a few days for work, so this may be the final look for a week.  Gee, thanks, God! I enjoyed the views.
Posted by octopigirl7 at 5:55 PM