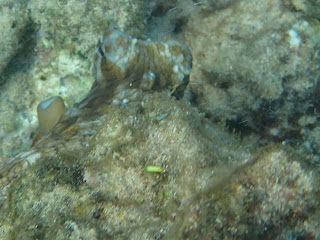 You know I love a peeking octopus. 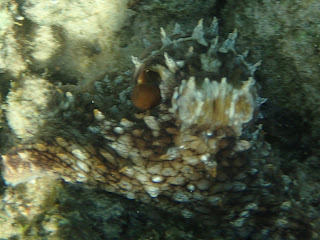 And a spiky one (above.) 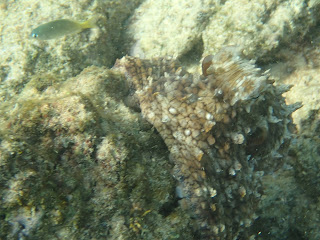 And here's the David vs. Goliath part: see the Brighteye Chromis in the upper left? See how small it is in relation to the octopus? That didn't stop the fish from darting in to nip the octopus and try to make it leave the area! (It did move, but didn't totally leave...) 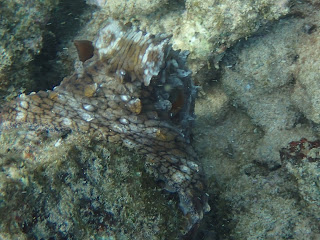 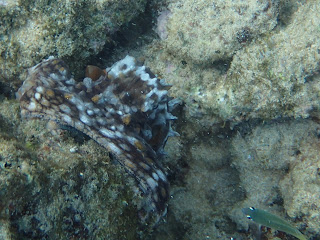 The fish did look up at me a couple of times, as if to say WHY AREN'T YOU HELPING ME?! 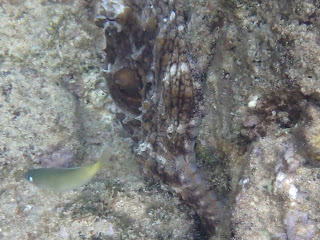 Check also on youtube.com for the movie: look for octopigirl7.

There was also a neat male Trunk Fish: 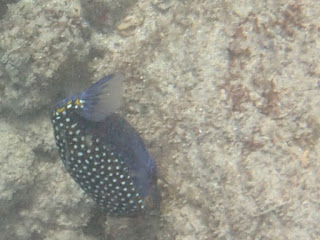 I found out this week that when in an aquarium, if something makes the Trunk fish mad, it can emote a toxin. Which can kill the other fish in your aquarium. Just saying: another reason not to keep fish behind glass doors!!! 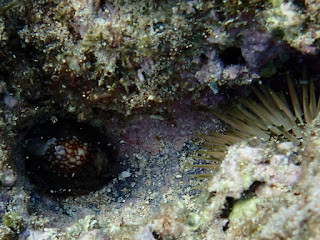 A very nice and quite shiny Cowry Shell.  Which i left in the coral head where i found it. Being as how it was alive and everything.. 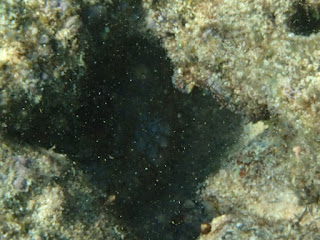 Yeah, that's octopus #2 hiding. It did a much better job than octopus #1. But it was probably having less fun, too. 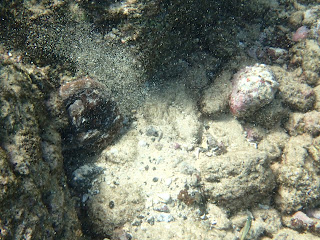 This is what happens when you blow sand out of your den! It can blow back on you (see the Chromis in the lower right of this frame) and make a blizzard in the water... 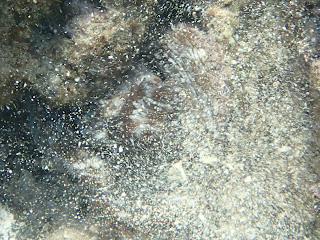 A leaf fish, being moved by the current. They really do move like they are leaves, just letting themselves be blown around. 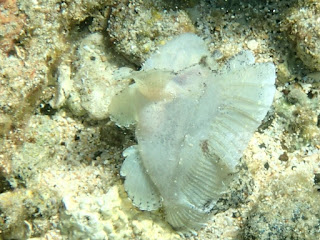 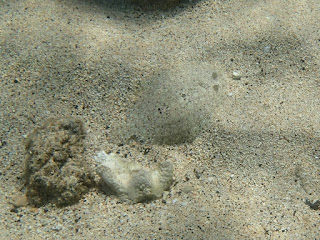 If it weren't for the skin pattern and eyes and tail, you'd probably never know the Flounder is there! It has all the colors of the surrounding sand.. 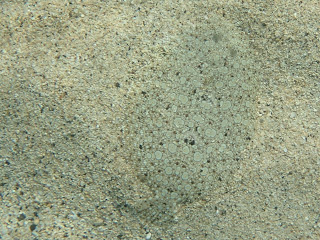 This little Humu was about 2 inches long and it had a bit of rainbow light on its back. Very cute. 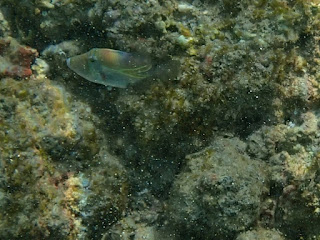 The following pix are of Octopus #3 near shore..and its earring! 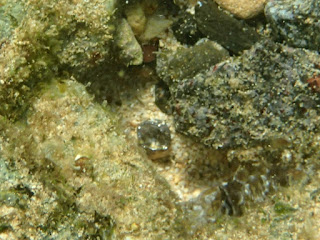 The earring is the green on the lower right of the silver...and the octopus is watching what I'm doing.... 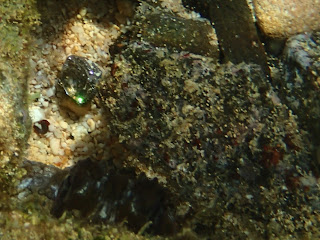 And again. I had heard that octopuses like shiny stuff.  Needless to say, I didn't stick my hand in there to retrieve the earring.  That means it was probably a diamond. :( But I didn't want to bother the octopus..It was a young one, after all. 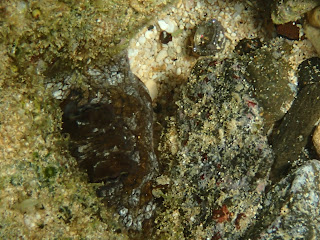 Adorable!! Sleeping on the beach together. Safe and sound. 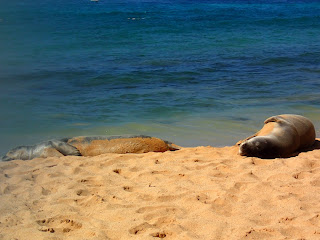 My pal told me that some whales had beached near our house. We cruised by and didn't see any. So I am hopeful that problem is taken care of. At last report, we hadn't heard what may have caused the beaching, but at least 3 died. Pilot whales.

So a great start to the weekend! Lots of nice sightings and no danger. It's a nice beginning.