Moving to Oahu soon. Thinking of changing the name of my blog, since I won't routinely be swimming on the lovely Garden Isle! Any ideas?

I was able to spot two octopuses. The one I've been seeing a bit of lately that lives near where I get in sank into its den, so there were no great photos. In a way, that is good, because if I were a hunter, that would mean the octopus will live longer.

After all, they don't live long anyway, so any extra minutes are beneficial. 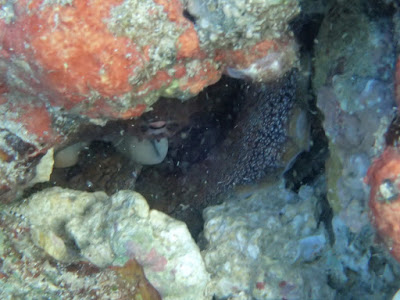 This is a cool photo because the siphon is directly below its eye, so you can see the warts on the skin against the white siphon. 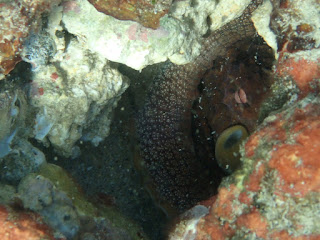 Deeply hiding in its den. The following photo is what I first saw; once it saw me, it sank into its den. 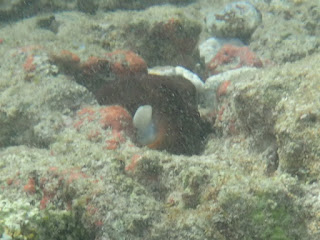 There were a whole mess of turtles snoozing on the beach...but the chicken didn't care! 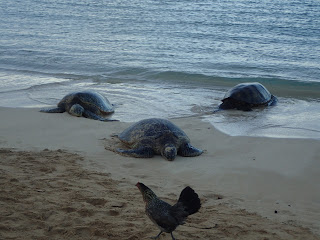 I only had to give one "Please step away from the turtle!" talks. 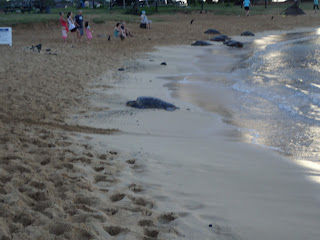 Looking very much at peace. 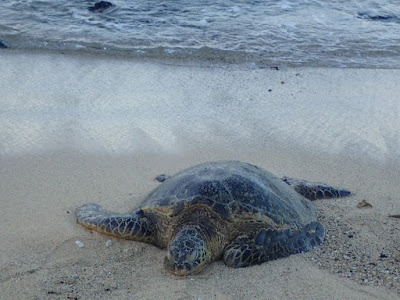 Male trunk fish from above.... 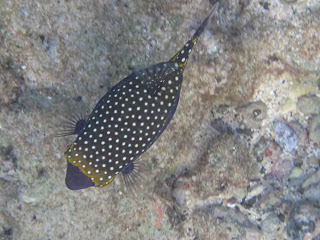 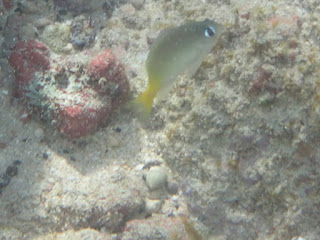 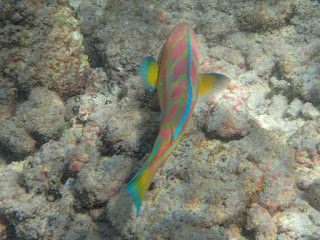 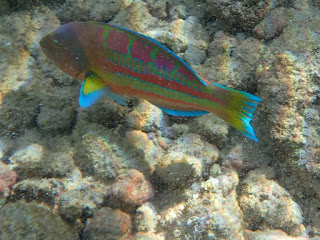 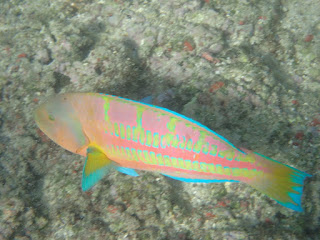 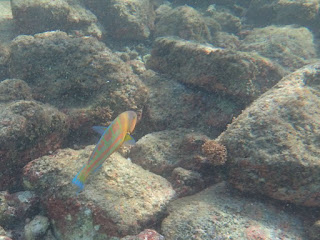 The clouds are always awesome, especially with a bit of rain coming down from them. 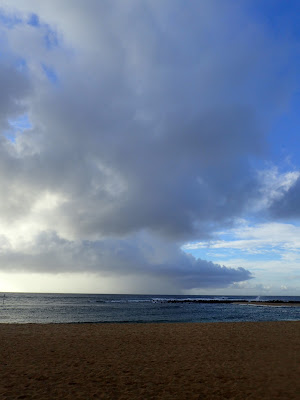 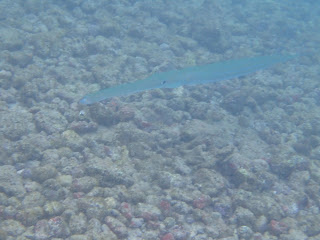 You can see the double rainbow and the surfer...seems small doesn't he?! 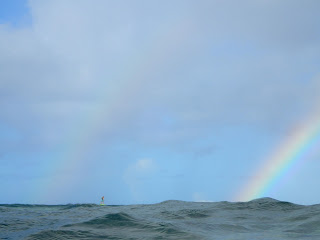 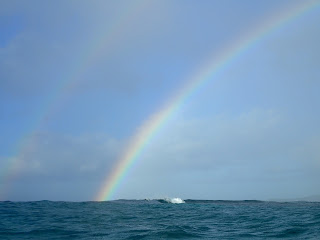 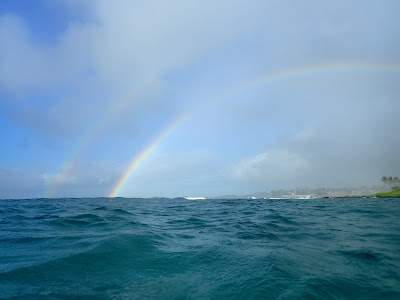 That lined wrasse. I've only ever seen one that I remember...and it sticks around out near the wave break. 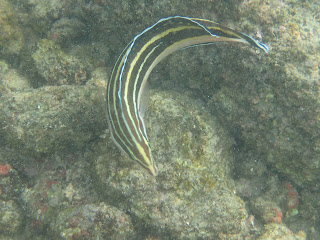 Peacock Grouper looked like it had designs on this mystery fish. I'm thinking maybe some kind of durgon or filefish? 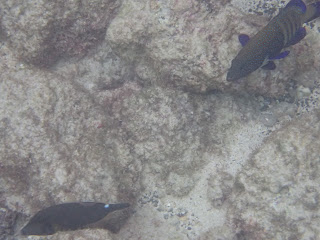 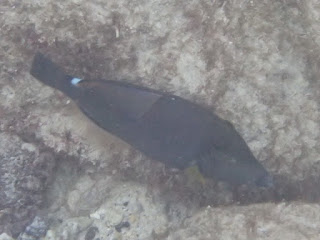 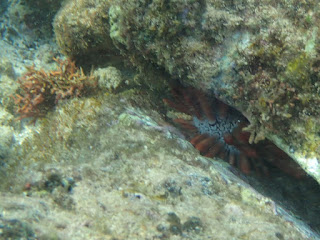 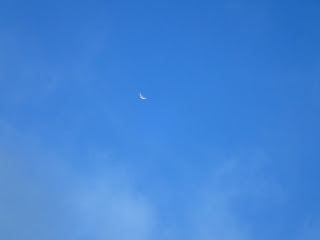 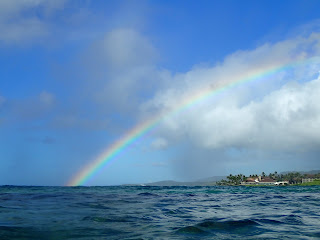 Rainbow with a wave coming up. 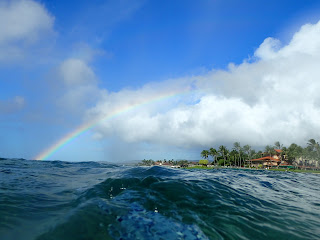 Part of a Snowflake Moray Eel for my sis-in-law, Sue's, birthday! 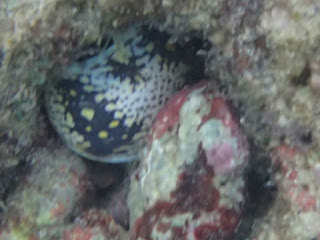 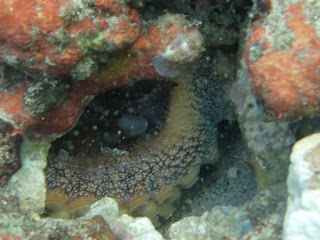 Cute little Humu.  There were 5 or 6 all around this little guy, which was the smallest. Maybe 2 more snorkels before we depart. It will be interesting to see what's in the water over there on Oahu! Hoping for more octopuses.
Posted by octopigirl7 at 5:01 PM