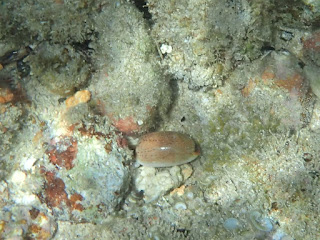 The Cowry in situ 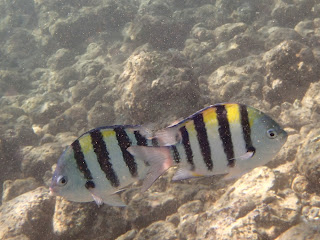 These cute little Indo Pacific Damsel fish were passing each other in the daytime...Seconds earlier, they had been going the same way.

And there may have been two octopuses...but I saw the "second" one in the same general area and it was the same size as #1, so they might have been the same octopus. I'm happy with seeing one, so it's good either way. 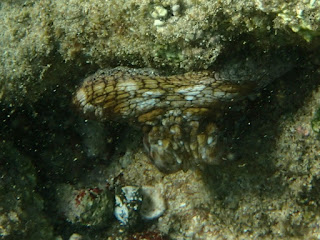 It looks upside down, but it was really just how I swam around it... 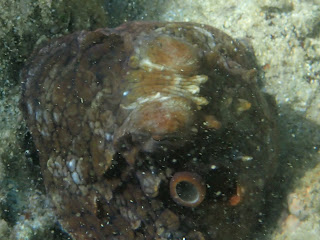 This was possible octopus #2...you can see the siphon and the eyes..bumps on either side of its head. There was lots of sand in the water, so it's not a fab photo...
And this one I call "OH" 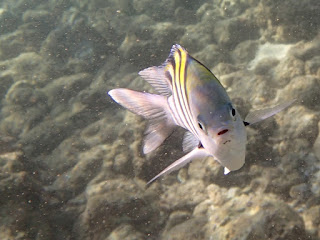 It looks rather surprised to see me! Not sure why: it had been following me.  Maybe just camera shy.. 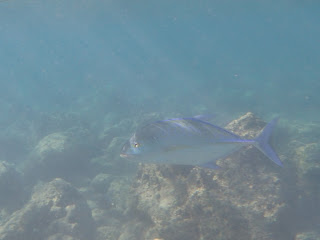 Saw more of this size Bluefin Trevally when we swam on Oahu.  They are amazing in their speed, but their eyes never really interact with me. They just swim through... 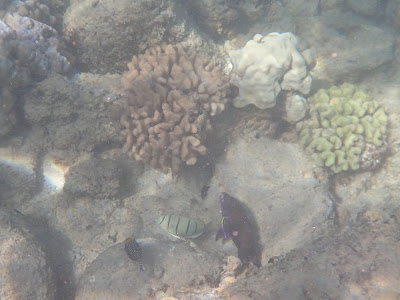 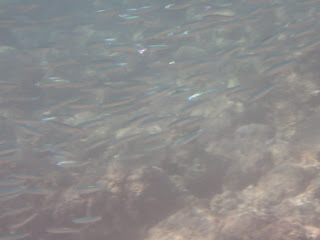 I gotta call them minnows, because I have no clue what kind of fish they were.  But they were pretty and moved totally as a school, darting through the water. 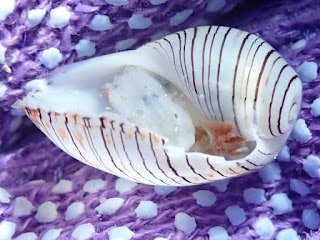 This is today's mystery. The shell is a Bubble shell, but I so far can't tell what was inside it.  So I had to leave it there.. 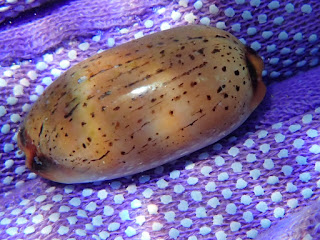 This is a different kind of cowry shell, but on my glove. Empty! So it came home with me. 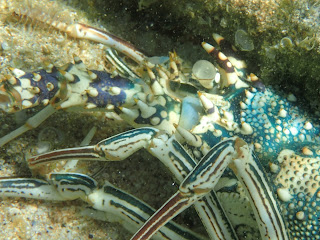 Someone else had eaten this lobster...raw....ewwww. They only turn bright orange after cooking. 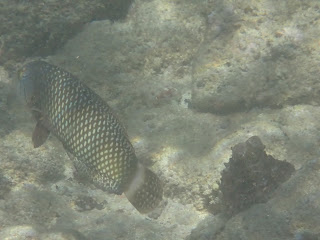 It's the Rock Mover Wrasse and the octopus.  I often see the two together.  in fact, I've started looking for Rock Mover Wrasses just so I can check whether there's an octopus nearby.  And there was.

And now, let's go to the Garden now...my view from the office.  Tough job, eh? 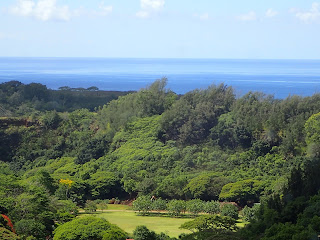 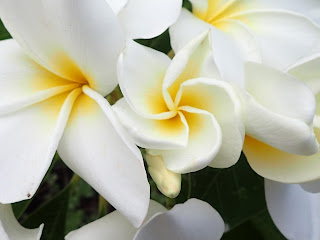 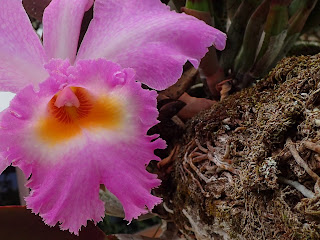 The flowers above are visible if I walk down the sidewalk at the office.  Wish I had this green thumb!
Now, back to the ocean. 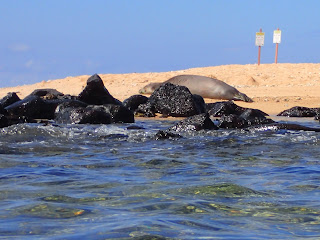 This seal on the island slept until another smaller one joined it. Then they both took naps. 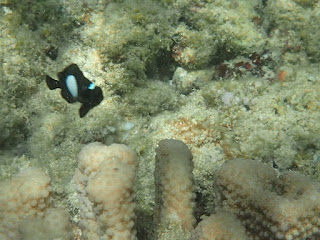 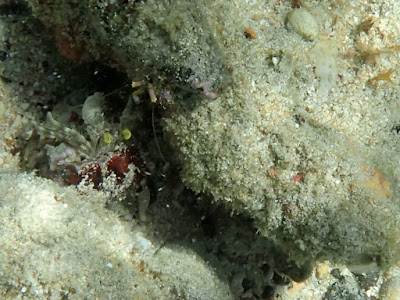 A crab trying to get into someone else's shell. Look for its yellow eyes..on stalks. 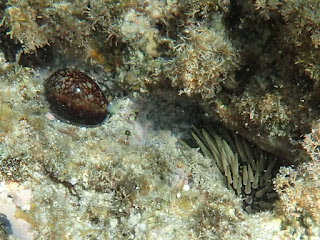 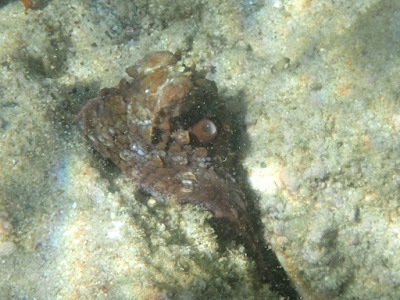 The possible 2nd octopus...siphon and the eye just above and to the left.  The eye has white lines radiating from it. 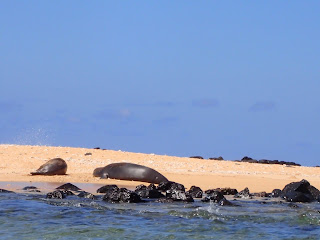 Here's the first and 2nd seal. They were both on the island, so no one bothered their naps..
It was really hard to get out of the water! So pretty. 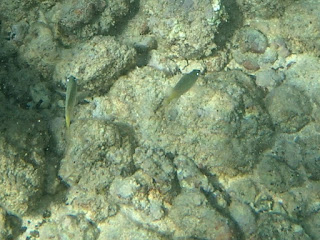 Two bright eye damsel fish.  So adorable.  We are still having the extremely tiny ones, about the size of my little finger's nail....They are all equally fast.