I do try to avoid it, but whenever I swim and do not see octopuses, I am a bit disappointed.  I should be overjoyed, mind you, because I did see a lot of cool animals! Turtle swam right by me: 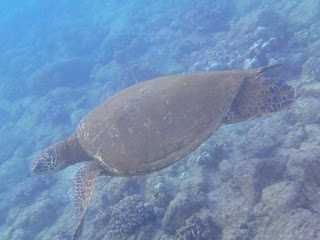 A big one, too!  I shot the photos as I swam away from him.  He did the same.
And there were seals: 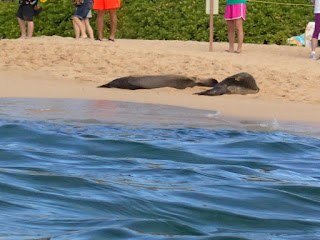 Pardon the legs, but seals always attract people.  And to preserve their privacy, no faces are allowed....Of course, I missed the photo op on our walk when the seals both woke up and moved their heads..and flippers.  I think the sand was itchy to the seal on the left.


And a Banded Coral Shrimp sat still for my camera.  I am amazed!  Normally I think such an animal would hightail it for safety within the rocky coral. 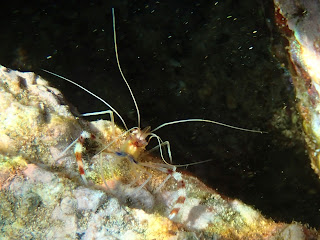 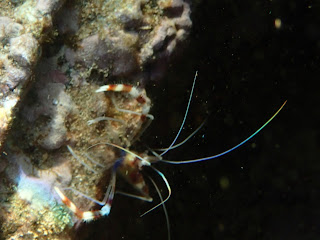 I love that the rainbow colors were on its antennae.

There were plenty of eels: snowflake, white mouth and a possible stout moray.  I'm not good at guess which ones they are, unless I see them all the time... 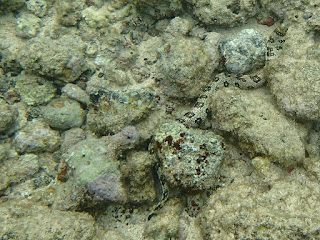 which is def the case with the snowflake eels..I do see them quite often.  They always look up at me longingly...longing for me to move along!

And the whitemouth moray is called that for obvious reasons: 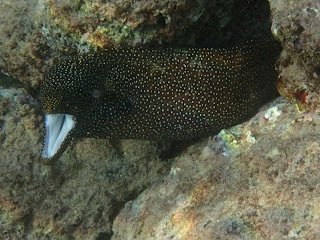 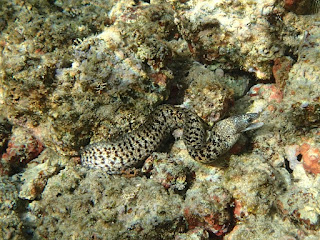 There were plenty of Rock Mover Wrasses.  These two caught my eye as they whirled around, looking for food: 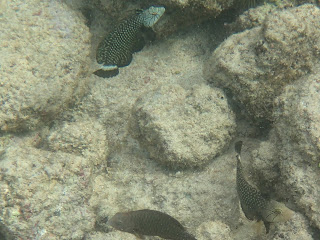 I am a big fan of this cropping photos.  When they're smaller, they def upload more quickly. It's a plus to write and upload before snorkel fatigue sets in... 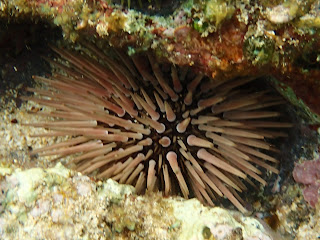 There were plenty of trunk fish, but no pix that really stood out.  So here's a lizard fish for Alex: 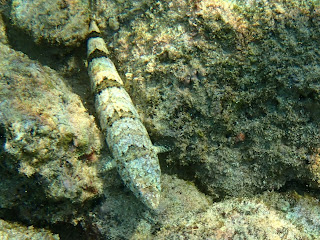 Of course, I just got the camera turned on AFTER he yawned.  Oy vey.
I will finish with clouds and God's rays: 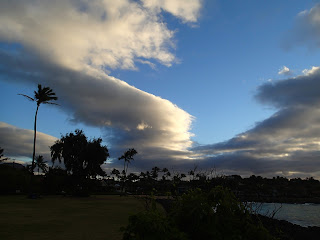 This cloud really snagged my attention.  It was just such an odd shape.  It's a very busy cloud, too...lots going on.  And if you need something else to search for on the i-net, look for lenticular clouds.  VERY cool! 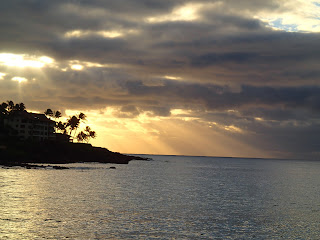 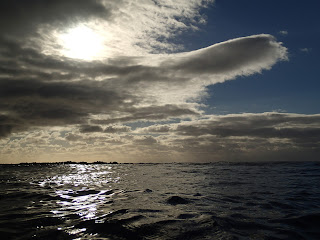 Ah yes, the sun did try to come through.  The clouds stayed around, but the sun came through often enough that there was good light.  Enough so I saw the others who were snorkeling and paddle surfing.  I even saw (and swam away from), the man who had a spear.  I don't like swimming near hunters.... call me crazy.  He also didn't look local, so since I thought he just might not know what he was doing, I def swam in the other direction...Also, perhaps I can blame him for the no-octo-sightings: I didn't want to see one and have him spear it!

Oops I almost for got the cool red flowers on the tree near the church we got married in...almost 19 years ago. 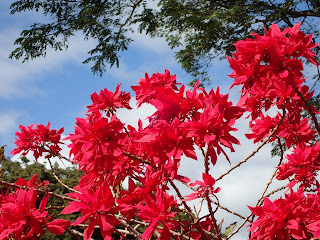 And a final look at God's rays: 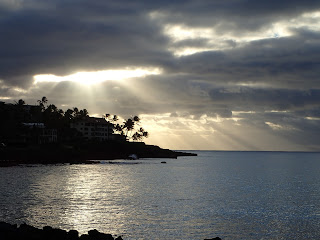 I do have an incredible good fortune, to live in Hawaii.

I'll give you an update tomorrow, should I snorkel again after church.  Today I got cold, even with a wetsuit on, after 2.5 hours in the water....go figure.