I'm feeling a bit sad about swimming at Hanauma Bay: the reef is not in good shape! Of course, how could it be with thousands of people walking around on it each day?

But I did see some good animals today, octopus among them. 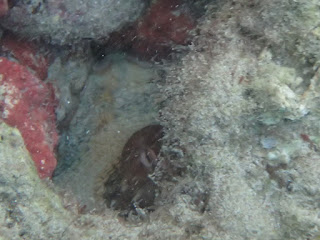 These teardrop butterfly were a nice surprise. 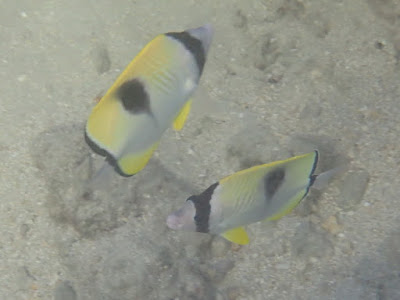 As was the Blueline Snapper 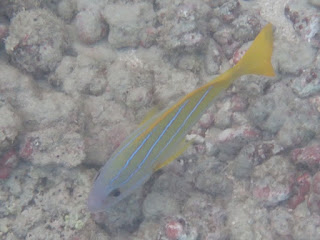 Skinny Cornet. I have yet to see the really big ones. Of course, I am so far staying inside the reef. Not sure I'm big water ready quite yet! 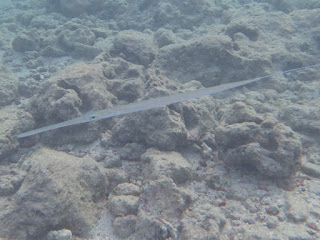 Can you spot the Box Crab? I looks just like a rock, until it moves. 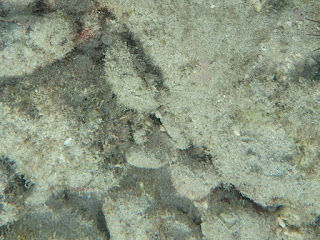 A big Giant Trevally flew through, scaring the other fish. I'd be scared too, if I were a small fish. 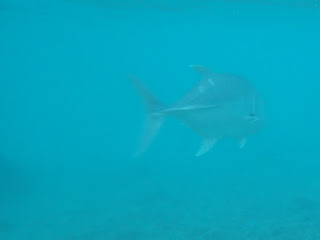 Very happy to see this Horn shell looking well. I haven't seen many shells at all since returning to Oahu. 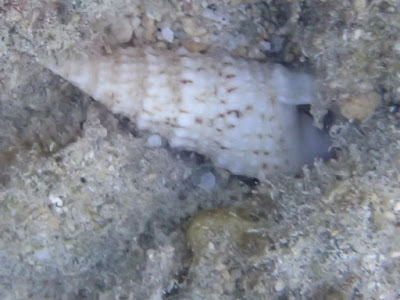 The Humu again showing its pretty colors, and the spike it can raise on its head. 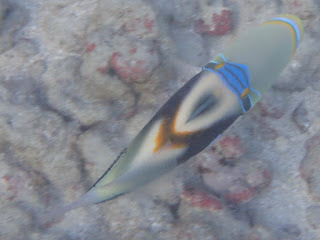 Lined Butterfly showed up again today. Can't prove they are the same ones as yesterday, but they are rare enough, at least in my experience, that it seems they are probably the same animals that I saw yesterday. And like other butterfly fishes, they are usually in pairs. 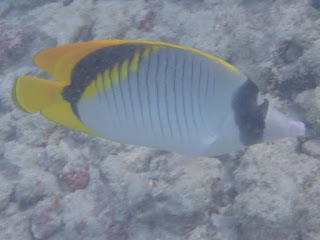 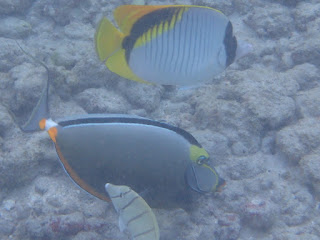 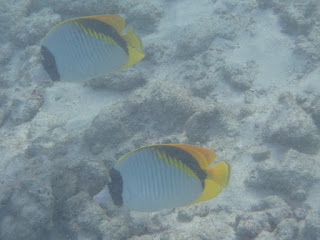 The lines and thick swath of black along their top sides make them distinctive. That and their size, so big compared to other butterfly fish. 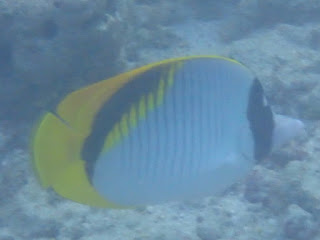 The male Bird Wrasse flitted through. 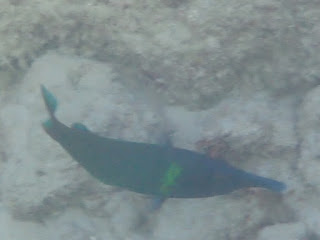 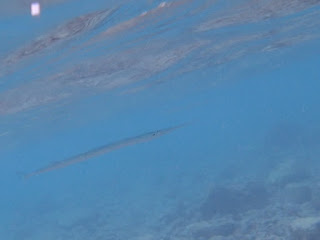 For some reason that I couldn't discern, there were about 25 Palani that paraded through, as if they were nervous. 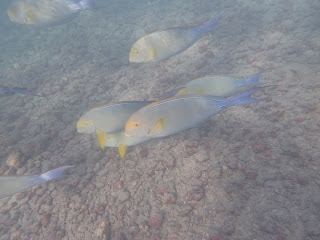 Another shot of the Picasso Trigger's nice colors. 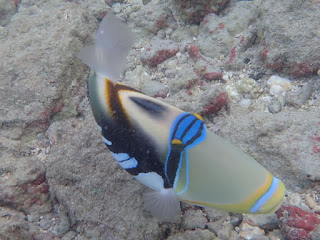 And a pair of Sailfin Tang. Note how their eye is pretty well hidden with that brown line. 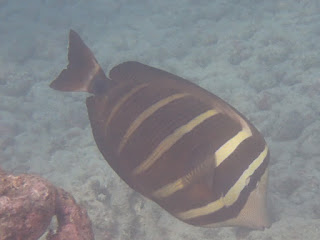 And in this shot, you see the blue near the spine, I guess serving as a warning. They didn't have their sails raised, but it's quite big when they lift it up. 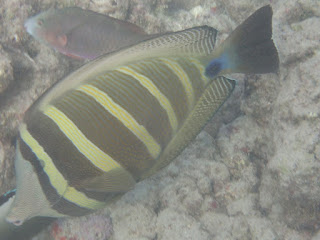 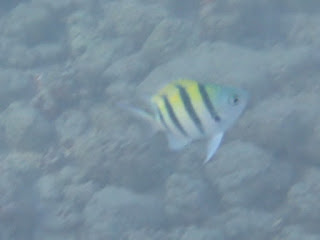 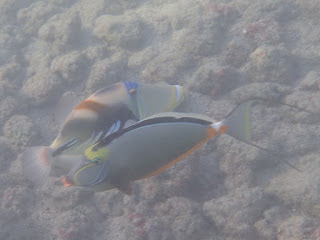 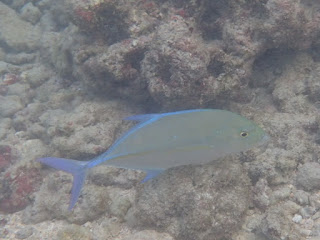 I call it a white shoulder surgeon; not sure the "real" name! 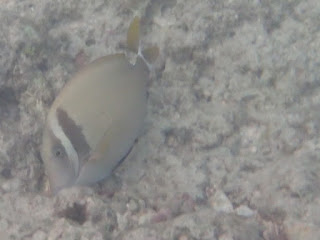 You see what I mean about the reef: very pale colored with very few healthy looking corals. I also noted that in addition to the trunk fish and rock mover wrasse, I see very few eels. In fact, I don't think I've seen a snowflake moray since I've been back!