Yes, I did have to look up the French word for Hurray! Learn something new every day. So I saw 3 of my little octo-darlings: 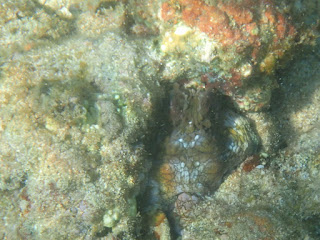 He'e #1, my "regular" octopus, occupying its assigned seating. Doesn't it look as if that hole is just designed especially for it? 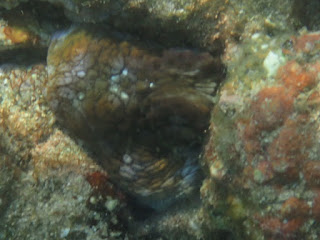 Octopus #2 with a Supermale Christmas Wrasse swimming by. Not sure if the fish saw the octopus, but the octopus did change color a bit, so I'll bet it saw the wrasse! 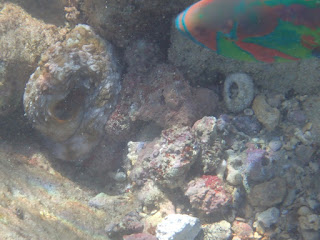 And #3. Just sitting in its den, out in the deep side. Not sure why I'm not seeing octopuses in the shallow side...perhaps it's because people are walking on the bottom?! (Which, thank God, they can't really do in the deep side.) 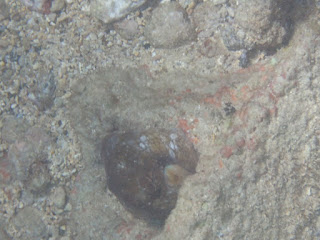 Yeah, this goes in my little book on WHAT NOT TO DO! 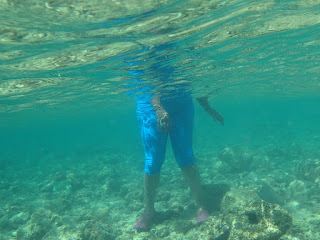 I did have a more or less cordial conversation with one poor soul (not the one pictured above) who thought it was ok to take a walk on the bottom. When I kindly suggested that she swim, she replied that the animals were all there before she got there, so she didn't think walking would bother them. I replied that I could see how she felt that way. (Wrong, but I could see.) So I swam off. She had her swim noodle between her legs, so I could see there were many things that she wasn't clear on..... 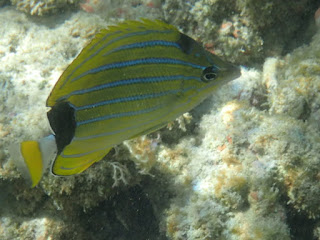 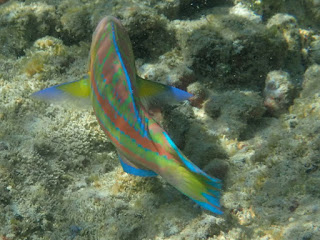 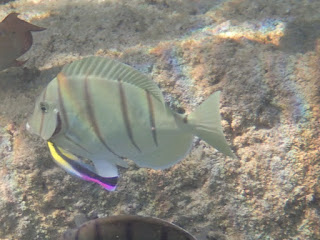 Cleaning Station: would you trust a fish to bite parasites off your gills?! 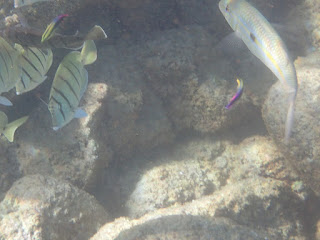 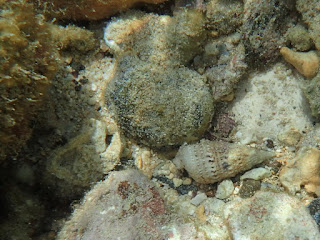 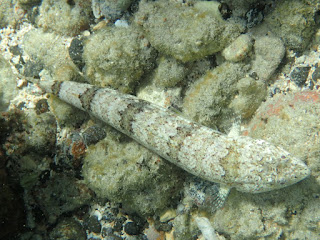 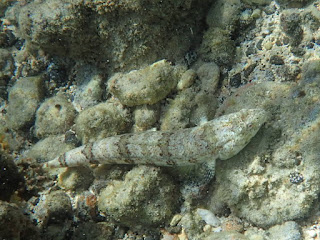 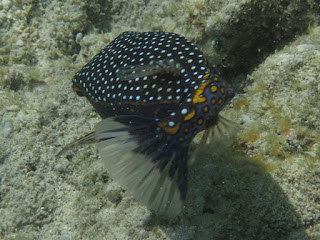 Peacock Grouper. I thought about counting the number of dots, but...one only has so many hours in the day. 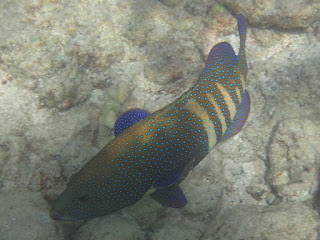 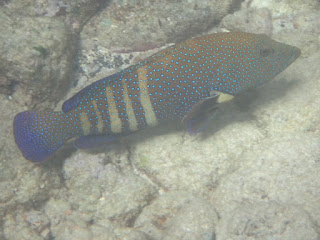 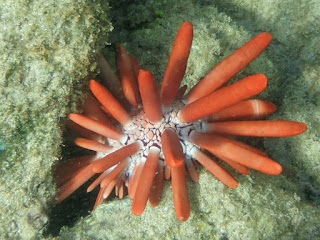 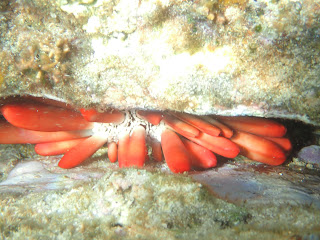 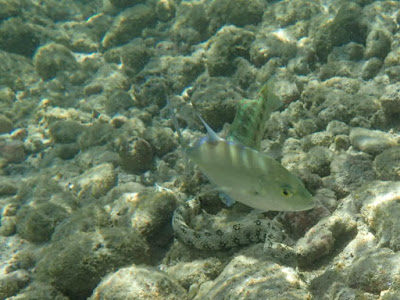 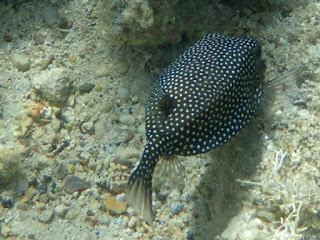 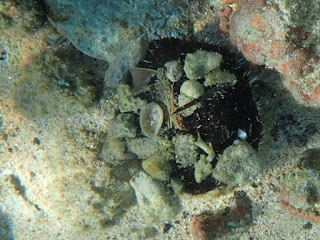 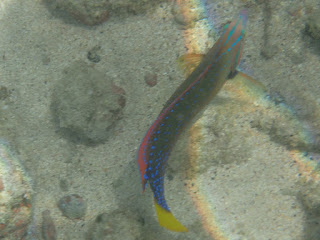 And the juvenile of the same type of fish! 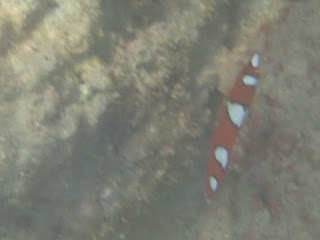