For those of you not possessing the fine habit of French language, that means 5 octopuses! and Thanks to God! who else answers prayer so abundantly!
I also prayed for safety, which He also granted me. And of course, lots of other cool animals. Like two seals..playing in the water....keeping me out...and in the other deeper pond. Of course, they came over to the deeper side too, but stayed near the beach. Which rather explains the lack of photos of the little darlings. Every time one popped up, I had just taken a photo. Ah well. 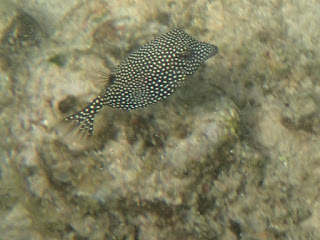 The female trunk fish. I recently watched a youtube video of various box fishes...quite amazing how diverse this family is! 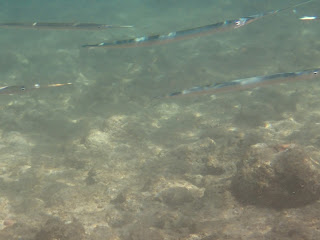 Needle fish. Up near the surface of the water...they just love to cause me fits! 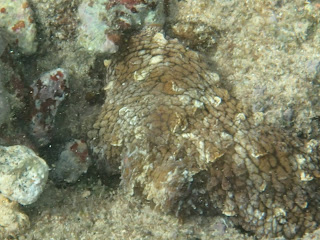 Octopus #2, I think. I can only tell them apart because of the rocks around their dens. And no, they aren't all the same octopus! They also differ in size. 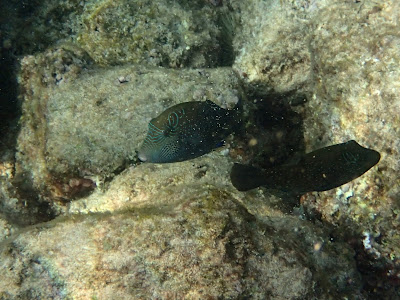 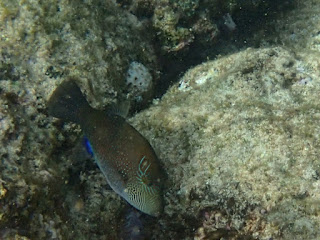 See what I mean?! Be sure to catch the blue underneath. 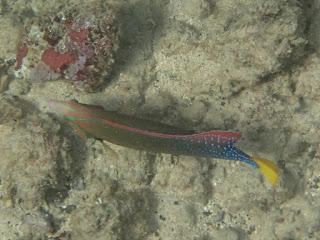 This Yellow Tail Coris had just picked up the red rock shown above its head and thrown it upside down. Ostensibly to look for prey. These fish are as tough as the Rock Mover Wrasse. 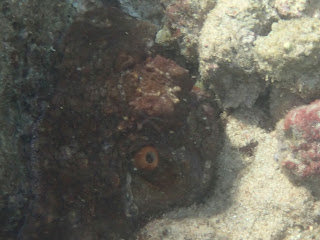 Octopus 3. Maybe. They are wicked smart: they dig their dens on the side away from the sun. And in the afternoon, when the sun changes, I think they hide. Or go to another den. 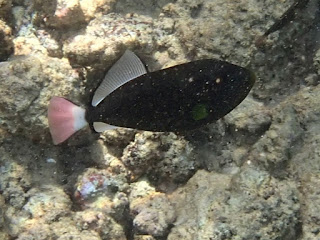 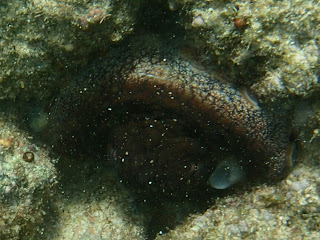 Octopus #4. A smaller one. And stayed right where it was. See the white siphon. 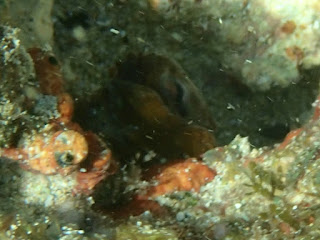 Peeking at me! This was a surprise octopus...it's pretty rare for me to see 3, let alone 5! If you look closely, you can see its eye above the rocks in the center. Definitely monitoring my movements. 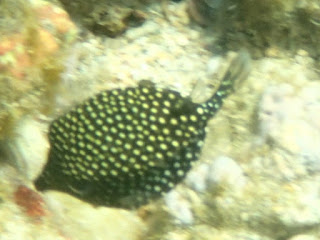 This little Trunk fish probably was about an inch from side to side. Oh so cute. And afraid. It eventually hid under a rock overhanging the area. Well, I guess I can't blame them...I'm at least a thousand times bigger than it was! (Actually, let's not dwell on that too much. ha.) 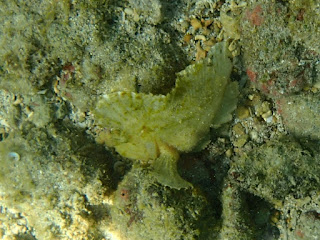 One of two Leaf Fishes. 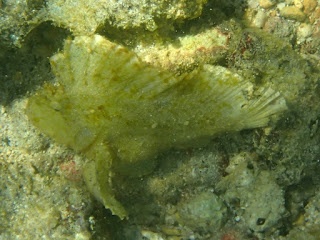 It looks short in the picture below, but it was bent. The rest is behind the fish. Good catch on the face and fins, though, right? 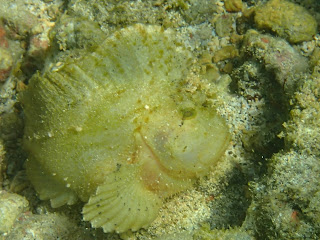 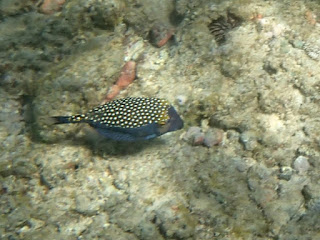 The last octopus, #5.  I actually heard myself say NO WAY! when I saw it.  Very near the beach. I'd be willing to bet that it has had experience of being almost stepped on, hence the den under a rock. The only good way I had to see it was to find the white rock and look behind it. Oh and the shell: they blow the shells out once they've had dinner, so if you look for a group of shells, you might be able to see one of these 8 legged darlings... 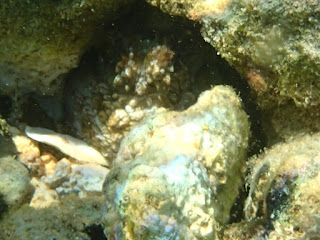 The white star pattern is around its eye. 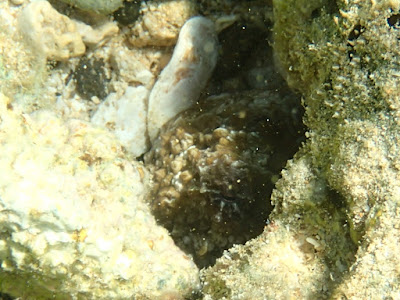 Below is the first octopus of the day...hard to see, right? It is doing what I mentioned above: staying in the shade.  Having absolutely no consideration for my feelings... 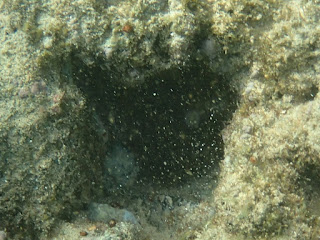 Spotfin Scorpion Fish. This was a good day for these Scorp family animals to be out of the usual hiding place! This one is usually well hidden under an overhang or in a hole. Tail near the bottom of the shot and head near the top. 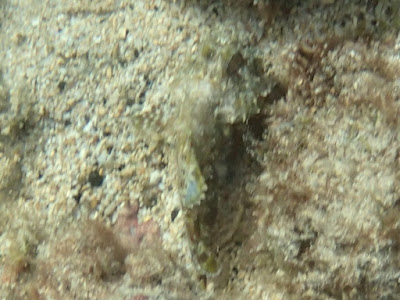 And the super cute tiny Humu. The hole right behind it was a welcome place to hide. 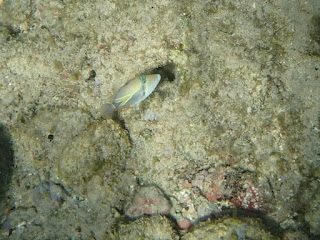 It didn't, but it sure wanted to! They are really feisty, so he was kinda letting me know that he would do what HE wanted to! And I let him. Who could argue with something so adorable? 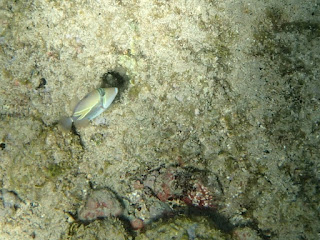 I am so thankful to God for both the safety and the lovely critters I got to see.  Five Octopuses!!!! Woo hoo! 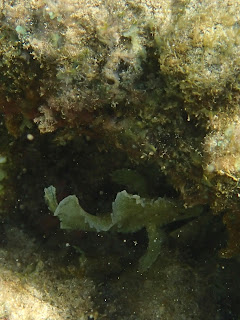 Almost forgot to show you the 1st Leaf Fish. Hanging out underneath an overhang...These are the colors I'm seeing lately. I have seen dark colored ones, also.
Posted by octopigirl7 at 5:36 PM