Because there was a seal that needed to be moved, the lifeguards asked us to get out of the water. 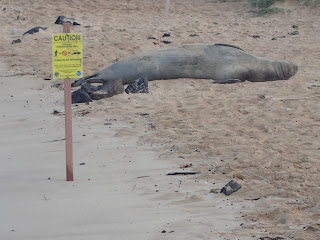 Does this seal look as if it will cause trouble? HA. No, it was sleeping. But because they are super cautious about kids and seals, they woke this one up and slapped the water so it would move along. Which it did, to the island as shown below... 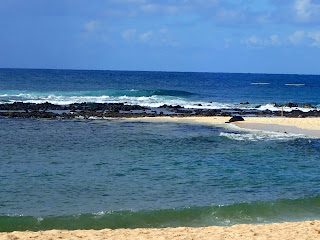 I am conflicted about what they did, but I am not in control of this, so...
I am not sure why these trevally were circling this rock..it would normally be either an eel or an octopus hiding within, but I saw neither. And eventually, they gave up. As did I. 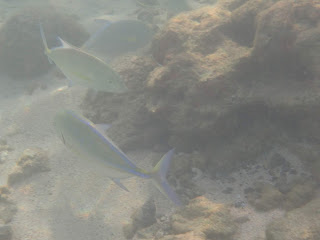 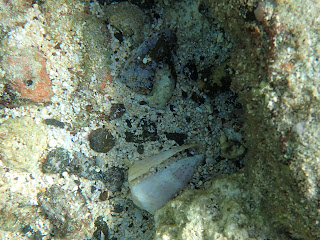 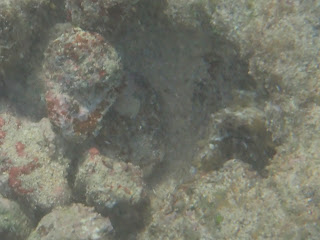 Yup, he was a peeper, eventually. 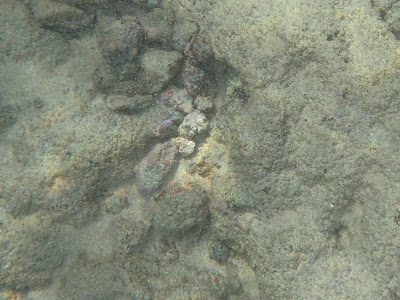 He was totally the color of this rock...look to the right of the rocks piled outside its den.
I wasn't able to spot any of my "regular" octopuses, but one sighting is good. Especially with a truncated swim. 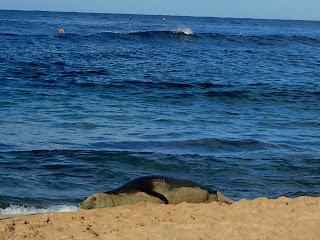 This seal was sleeping on an acceptable part of the beach. This is the first one I saw.

If you are in the Kauai marathon tomorrow, be careful.
Posted by octopigirl7 at 5:58 PM