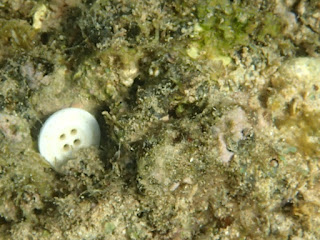 Not sure exactly how a button comes off in the water, but here's the proof that it can happen. Maybe a bikini had a button? 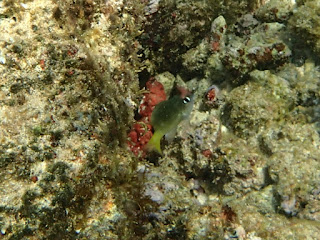 A cute little Brighteye Chromis.  I like the photo because it's near that red rock, which makes it stand out more... 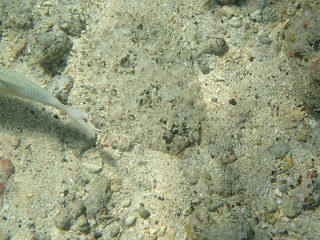 Flounder. A smallish one, with goatfish tail nearby. 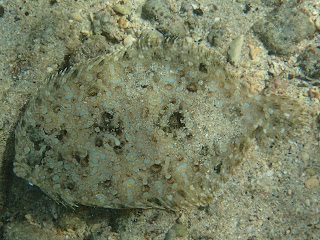 Same flounder. I thought I had a movie, but once again I pushed the on button when it was already on, so it was off. You would think I'd learn.. 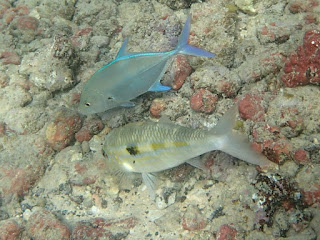 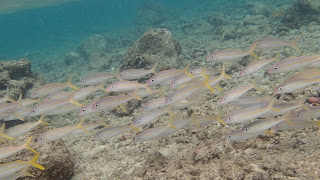 A mess of goats! 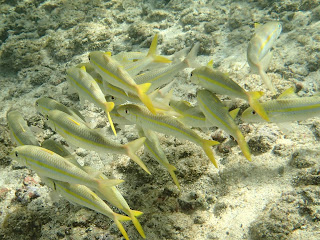 This is my favorite hawkfish type. 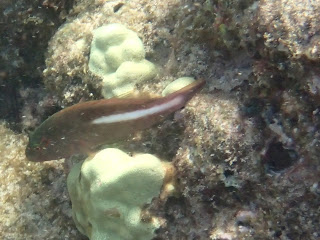 Humu about to dive into that hole. 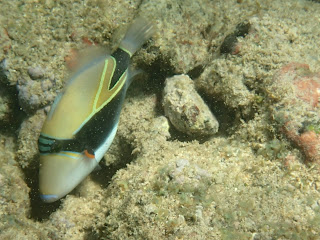 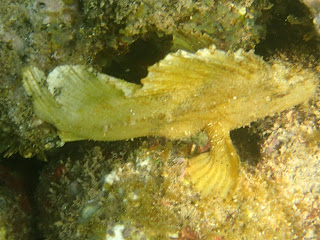 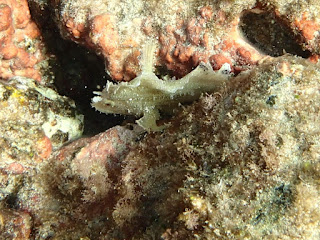 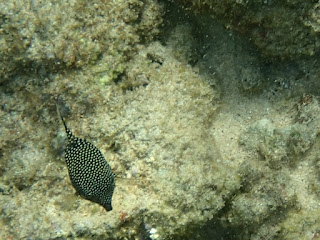 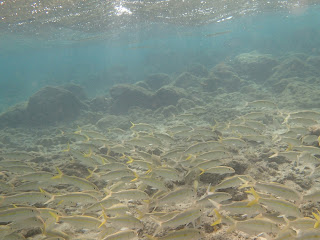 More goat fish and some needle fish near the surface. 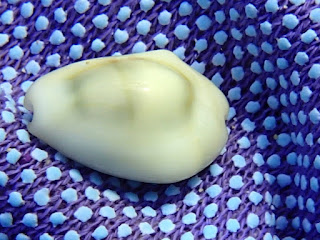 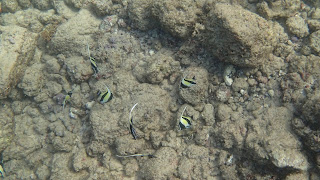 Moorish Idols in a group.  I don't usually see more than a couple in the same area, so this was a treat. 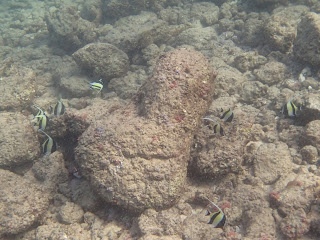 Octopus #1. I think it's the same one as the other day, because it had a Rock Mover hassling it, was in the same area and didn't mind hunting while I looked on. Perhaps I was less irritating than a Rock Mover Wrasse. I certainly didn't try to touch the octopus, as the fish did. 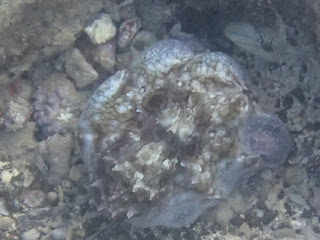 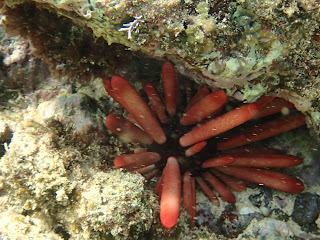 Trash. And operculum. I also picked up an entire paper grocery bag! REALLY not sure how that got in the water, but by the time I found it, it was waterlogged and easier to mash into my dive pouch. The scissors are the ones that go with me, so I can cut fishing line when I find it. 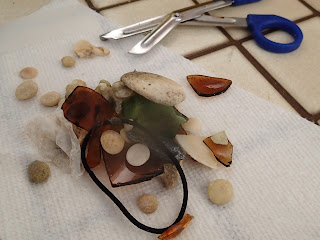 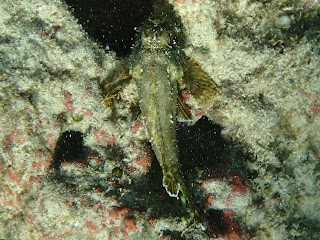 Octopus showing its colors. There were 4 today! Mostly hiding. Well, except for this one. 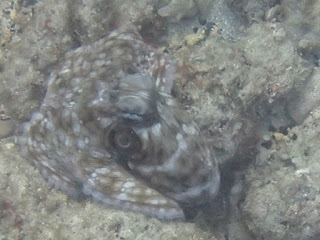 They have a white, filmy "skirt" between their legs with which they can catch prey. I never know what they catch, as the mouth is underneath. 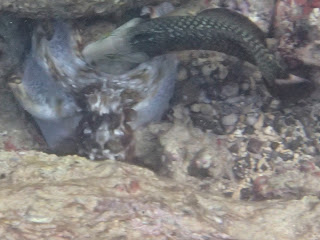 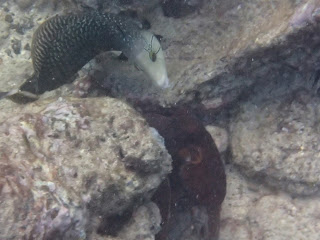 The fish actually appeared to be brushing against the octopus. Hoping for scraps? 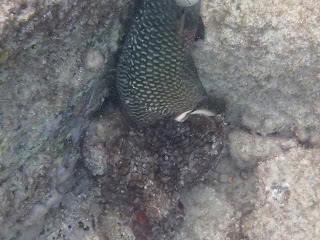 Below is #3 octopus. Peeking at me. 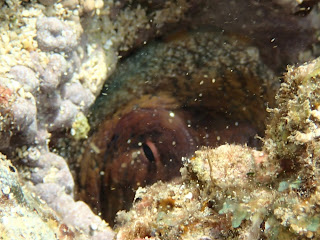 And last but not least, #4 octopus. This one was hidden inside a coralhead. And it blew water at me to make me go away. It worked....eventually. 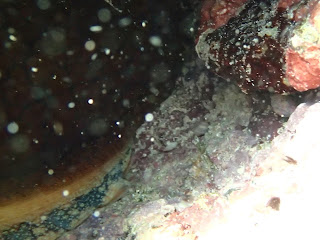 Nice day in the water, which was surprising, as the wind was blowing quite a bit. A bit chilly...well for us that live in Hawaii.  We are blessed.
Posted by octopigirl7 at 3:50 PM