I was going to call the post SKUNKED, but trying to be nonchalant about not seeing any octopuses today. I am glad for nice water, 2 scorpion fish and many other of God's wonderful creatures. The octopuses were probably at a conference on Oahu. They never check with me before traveling. Go figure. 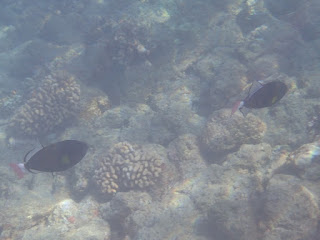 2 Pinktail durgons in the same shot. Unusual. They are pretty solitary, at least on Kauai. 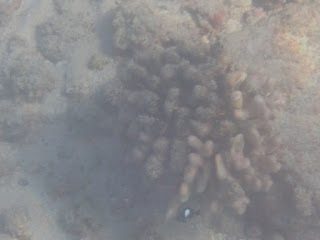 At the bottom: one of those cute 3 spot chromis that hang out near coral heads. 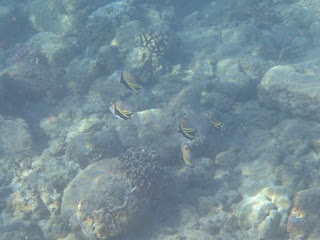 5 Humu in one picture. Also unusual. We don't get that many groups over here.... 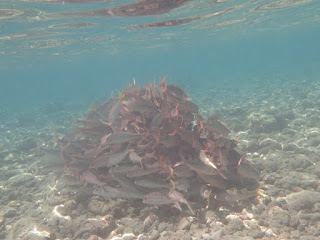 Unless you're talking groups of goat fish. 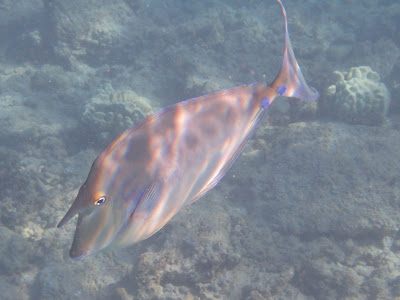 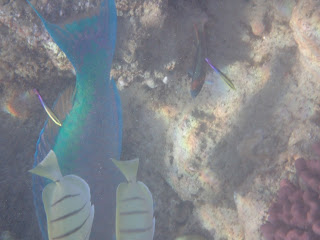 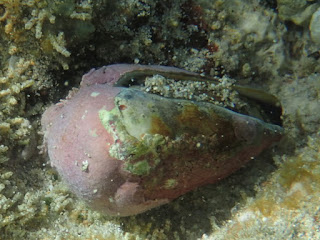 Cone shell with the original animal hiding inside. 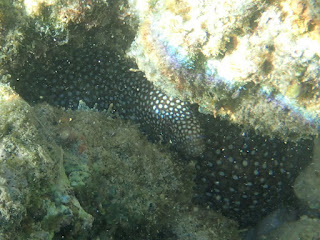 And this hiding white mouth moray...that's why you don't put your hand in holes. 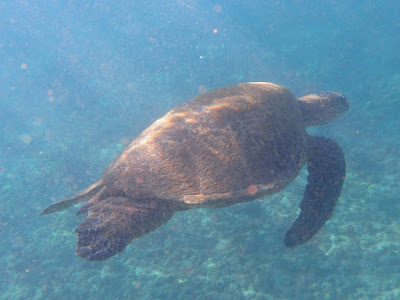 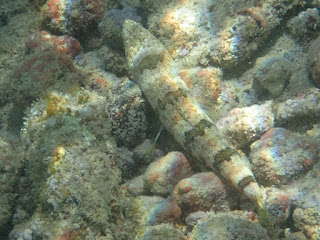 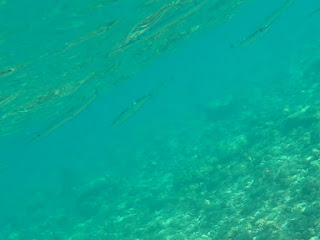 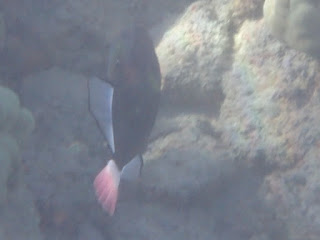 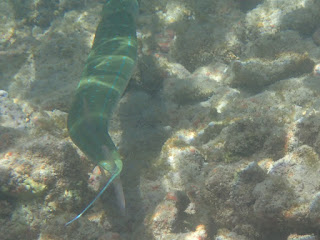 And a green plaid cornet fish. I rarely seem them this color 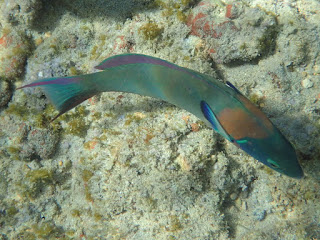 And until today, I had not noted the Saddle wrasse's purple fin 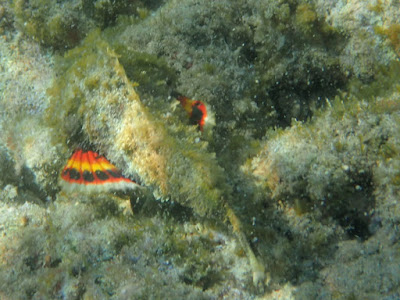 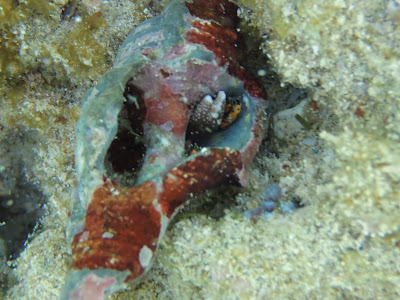 I would have loved to take this shell home, but it had a tenant 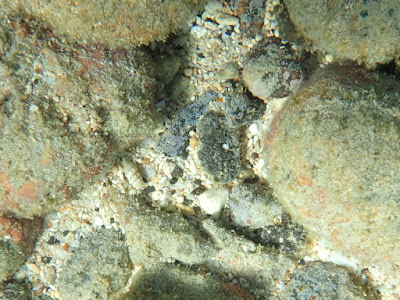 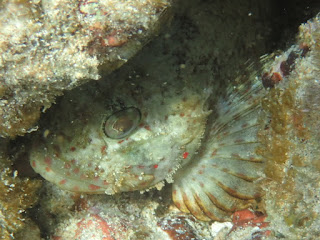 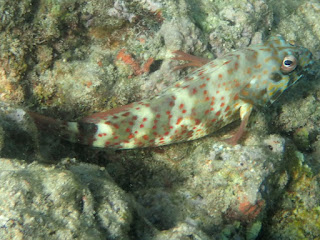 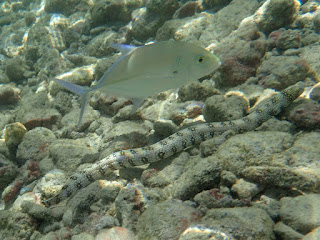 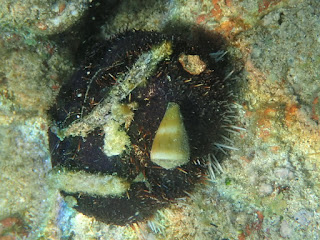 I don't know that I would put a Cone shell on my back for protection, as this urchin did. 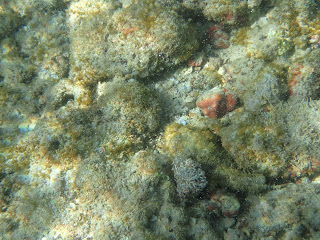 This photo is called Why did I take this photo? Because there's a Scorpion fish just below that red rock. Same fish as in the photo earlier, with the orange fins.

Nice swim. Grateful for what I did see, even if it wasn't an octopus!
Posted by octopigirl7 at 4:46 PM