As you know, any day with any octopus is a great day! But today, ta-da!, I found 4 octopuses before the lifeguards even got there. With a total of 5. WOW. God is great! 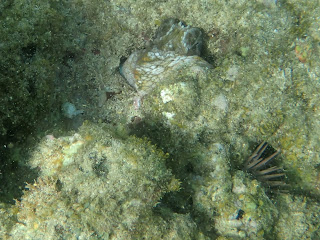 It's nice to have so many pix to choose from...I took 400 pix today. And no, you are fortunate, I will not be posting them all. ha. The octopus above, #5, was a small one. There is a place I always check to see if any octopuses are home and today, one was. 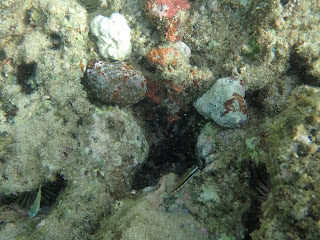 Harder to see, but there's also a Brighteye Chromis on the left. The octopus is hiding just above the little fish-of-unknown-name near the center of the photo. 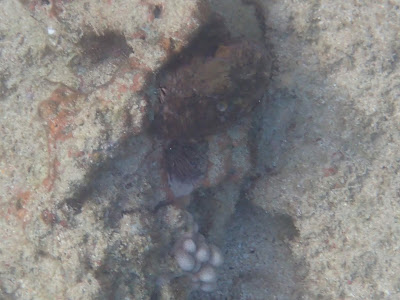 Look carefully and you'll see its eye and the little siphon. So adorable. 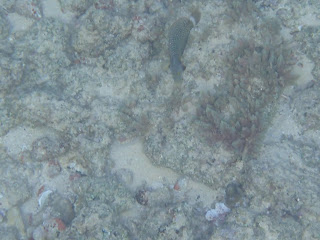 The octopus just above the white rock near the bottom was brought to my attention by the Rock Mover Wrasse. One always knows something's there if the wrasse are circling. 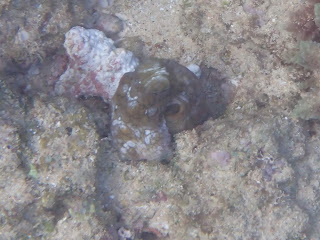 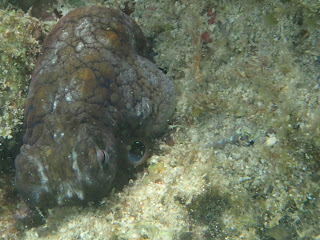 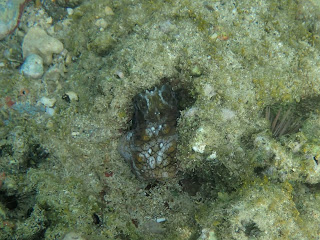 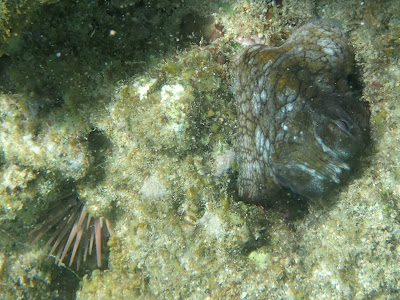 I got carried away with octopus #5. Just so cute and obligingly, it didn't sink down in fear. That's a good thing for me, because I can take its picture, but maybe not a great life skill. People walk around on the bottom. I'll never understand why they think that's a great idea... 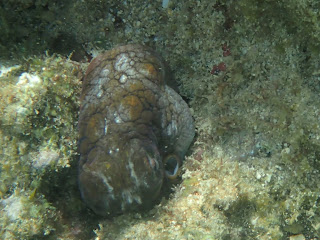 Not a great photo of the two Yellow Tail Coris fish, but it does give you the "in-between" colors of the one on the left...The rest of the fish was that red and white coloration, so this one was just starting to get its blue on.. 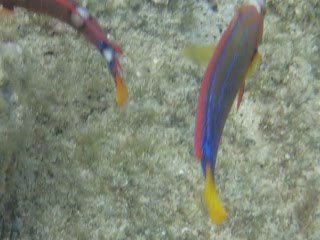 Four Yellow Tail Coris in deeper water. I rarely see that many in one general area. 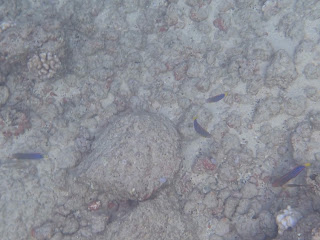 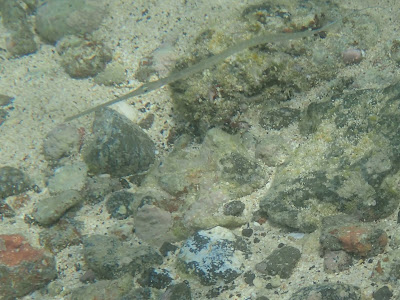 I saw lots of Cornet fish today (up to 13 in one group), but they are achingly tough to photograph, being silvery and all. This little one was on its own near the shore. So cute when thinner than a pencil! 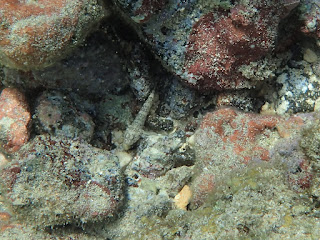 At first, I thought this small fish was a shell. Maybe 1.5 inches long....including tail. 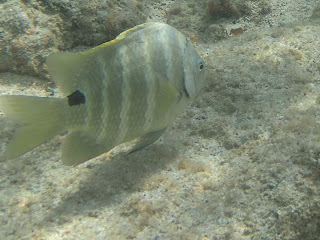 My old pal, the Abudefduf. 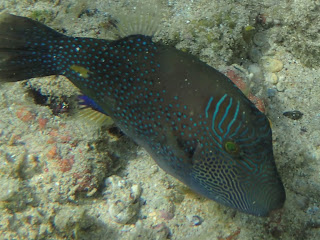 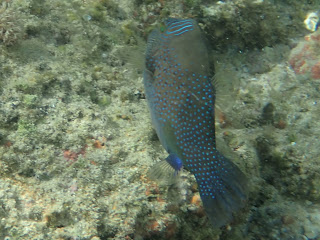 Also pretty is the Bluefin Trevally. 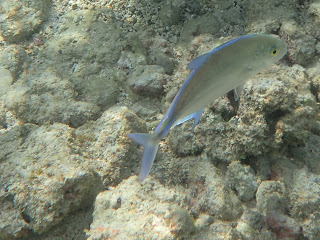 Ha. The Brighteye Chromis hiding near a Pencil Urchin between two rocks. 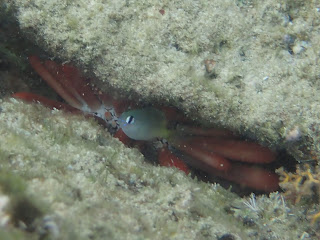 Crab claw. I'll bet the meat was gone....this was near an octopus den. 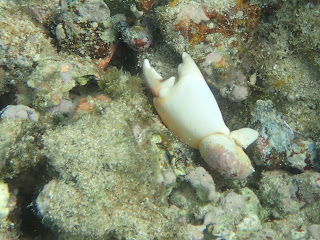 It looks as if they are about to have a fight, but this Snowflake Moray eel was just trying to slither along and the wrasse got in its way. 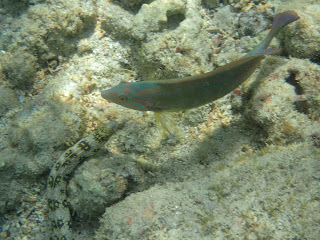 Freckled Pencil Urchin....they are probably not really called "freckled" but they did look freckled to me. 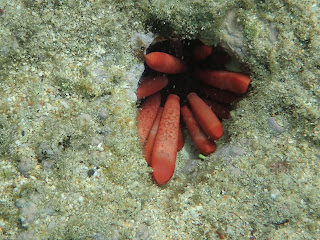 Here's the Yellow Tail Coris in the juvenile coloration. 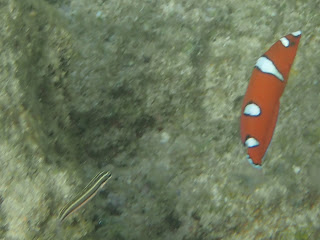 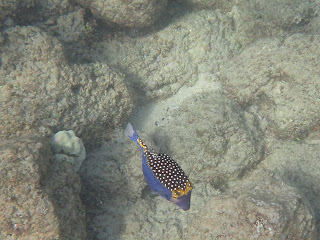 And since the sun was out, the Male Box or Trunk Fish looked really pretty. 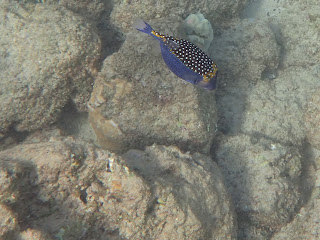 Needle fish up near the surface. 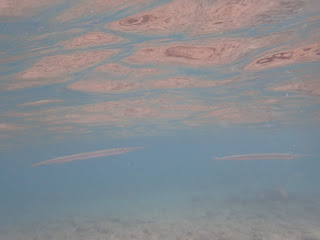 And last but not least, the Scarface Blenny. Aren't you proud of me for looking that up prior to posting?! 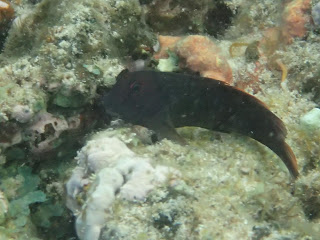 Thanks, God for the great sightings!
Posted by octopigirl7 at 5:06 PM